If any of you out there know me, you will know that D.Va is my main. She is hands down my favorite Overwatch character, mostly because besides the awesome mecha, she is full of joy and is anything but dull, that and she is a massive nerd. Ever since they started making these shorts I have been wanting a D.Va one, especially since each short helps flesh out each character that appears in them.

What we got from “Shooting Star” was that as fun as D.Va is, she is actually a total badass and surprisingly serious. See in the world of Overwatch the nations of Earth are currently living in a post war torn world, one where our robot creations rose up against us, one where we won thanks to Overwatch. Most of the Robot’s, or Omnic’s have settled down and are living along side humans but there are exceptions. Off the coast of South Korea, yes in the future Korea is still split, is one of the not so friendly Omnic factions, one that regularly attacks South Korea. Naturally South Korea chose to defend itself, though they quickly burnt through regular soldiers and pilots so they turned to  an unconventional idea, they recruited their top Star Craft players to pilot Mecha suits to battle the Omnic’s. South Korea has surprisingly been very successful with this tactic and this short shows how.

As for D.Va’s character, it turns out that the plucky pilot is actually very thoughtful and dedicated to her watchful post, while other members of her team are out celebrating she stays vigilant and on more than one occasion has gone out knowing there is a high probability of her death. This really changes her character and maybe makes you think that the jokes and silliness are maybe her way to put on a brave face, still seeing her take on an Omnic with just a pistol is pretty awesome and this is hands down my favorite short, but then again I think we all knew that was coming.

Finally I loved all the little touches like the D.Va noodles, the D.Va drinks and also the skin they showed at the end, so blizzard when can I get all of these and also will any other Mecha Squad members make it into Overwatch? 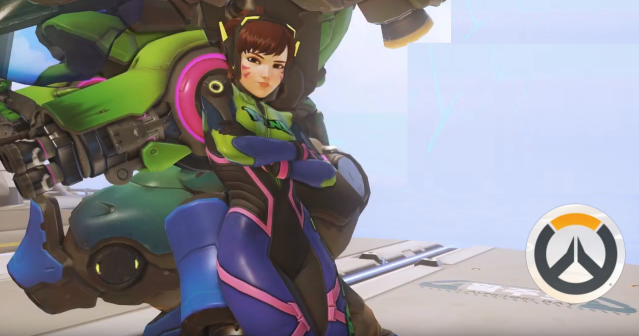 I was left incharge of my nephew and this is what happened.
I will never know why Northern Ireland has to celebrate its failures. We have the world the first female pilot.(who built her own airplane), we gave the world the ejector seat and milk chocolate. These things should be celebrated more than the Titanic and Delorean - still the car is a classic.
Another week another batch of fantastic new comics from @dynamitecomics check out the review up on Nerdgeist.com
My Tweets