If you are up to date with Vikings then you will undoubtedly be familiar with the hunky Bishop Headmund. I have attempted to research the character and what I have discovered is that he was indeed a ‘Warrior Bishop’ from Sherborne, he probably died at the Battle of Marton after which he was recognized as a saint. The creators of the show are setting him up to be a rival to Ivar and I can see this, where Ivar seems to be quite brutal like a grenade going off ripping everything apart around him, Headmund is the snipers bullet, effortlessly moving past the crowd to destroy it’s lone target. Though they both have similarities Ivar feels Shame in his body, while Headmund feels shame in his bodies desires, I think this dynamic will set them up to be great enemies. 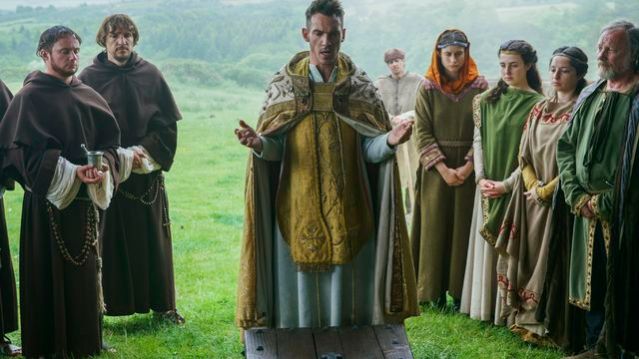 Now for those of you who are wondering, how can a Bishop be a Warrior?

Well honestly I wasn’t to surprised to find out that this wasn’t completely uncommon. Show runner Hirst discovered that these men of the cloth took up arms along side the country folk and he just knew that he needed to include them in the series. Just imagine it, you have taken vows to your God and vows to be the Sheppard to his people, your flock, well in dire times a Shepherd is needed to drive off the wolves and defend his sheep. This is something I believe Christians try and downplay, possible because it hurts our narrative, personally I think its pretty cool. I always hated the idea that Christianity never really struck back against the Norse Religions, yes regional leaders fought back but they where not a true representation of the religion, for them it was personal survival, or a grab for power. 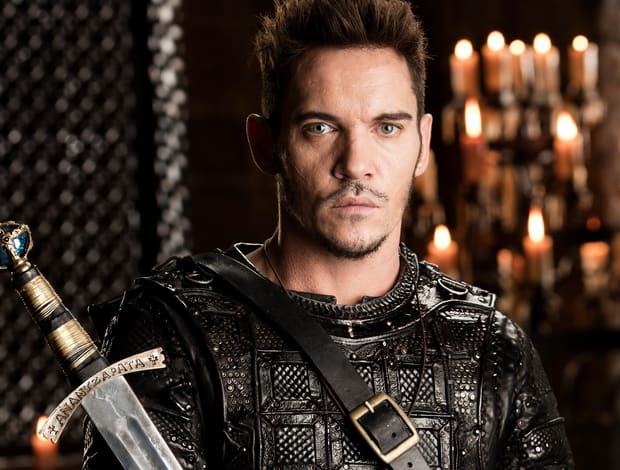 Another interesting note is his sword, you see if you look carefully on the cross guard you will see a Latin transcription that translates to – “Ananyzapata”, which is possible a variation of Ananizapta”. This is supposed to dispel and repel Evil, found in Medieval German and English locations. If you are wondering why German and English, you must understand that the Saxons who came to England where German, that is why English in many ways is a Germanic language. This bishop is more at home swinging his sword than performing Mass, this guy ain’t your grand pappies Bishop, he is your great x100 gran pappies Bishop. Not only will this guy literally go medieval on you but he might also be a bit of a Ladies man too, which obviously isn’t allowed but makes for a great character arc. 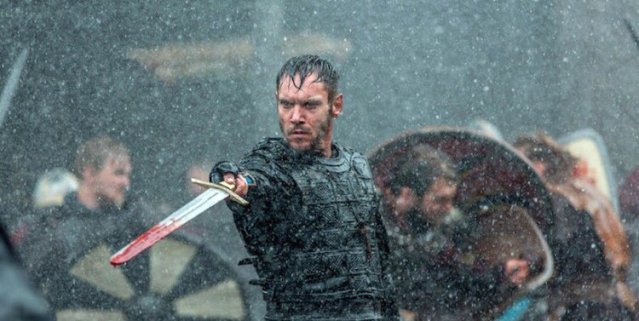 The introduction of Headmund tell’s me that the English are about to come into their own and start actually resisting the Viking invaders. For the most part we cannot blame the English and also the Irish for taking so many losses against early Viking Raids, we where isolated peoples whose only enemies played by the same rules they did, then came a brutal warrior culture that where nigh unstoppable. Looks like the Bishop will be getting his hands dirty this season and the sons of Rangnar may have a foe equal to their father. 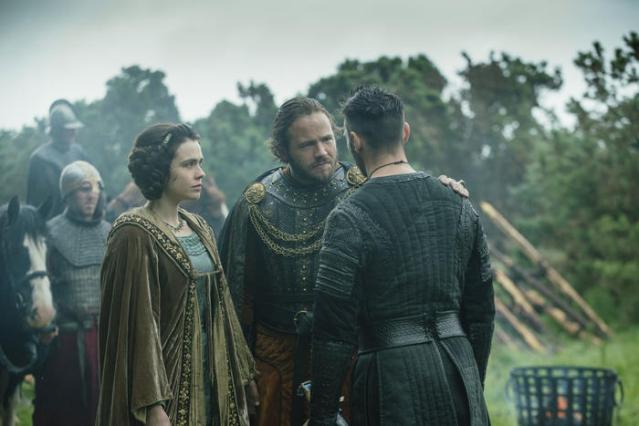 At this point you have to wonder have things gone far?
I have to say I am loving the new gear from the Critical Role shop.
A few more shots from Saturday at @dublincomiccon thanks again to everyone who stopped to let me take a few pictures. Your costumes were all awesome.
My Tweets