The British Invasion of the Comic Book TV Series

This my little salute to those British actors who are kicking ass in the comic book worlds at the moment. Before I begin for anyone outside the UK this is for Brits not English people there is a distinct difference.

Portrayed by the multi-talented John Barrowman, Malcolm Merlyn is suave, sophisticated and homicidal all in one. The writers of Arrow have taken an honorable but kind of boring villain and turned him into a sympathetic psychopath. Barrowman has taken this character and made him his own, this is no easy task but it works and it works so well. John gives off the feeling that Malcolm would be just a ruthless in the boardroom as he is on the battlefield. The most heartbreaking aspect is when you see how he was before the series began, a loving father and husband, someone who is almost naive, the transformation into broken killer with a twisted sense of love that is driven out of fear is just shattering but Barrowman pulls it off like no other.

Malcolm Merlyn: Your mother built her clinic in The Glades because she wanted to save this city. It can’t be saved. Because the people there don’t want it to be saved.
Tommy Merlyn: So you killed them all?
Malcolm Merlyn: Yes! They deserved to die! All of them! The way she died.

Welsh born actor Matt Ryan portrays this gruff anti hero. I say portray but it’s closer to inhabits, you can tell he really has fun with this role, come on you get to play a ‘grumpy old git’ who hunts demons, that’s gotta be fun and Ryan really comes to life as John Constantine. He keeps that perfect balance of broken and bad ass, fearless and faulted, the role of the dark knight, I have spoken about this series and his portrayal twice now check out the articles here and here, its an amazing watch and I really think NBC needs to renew it as Ryan has only really scratched the surface here.

A controversial addition to the cast ot characters as quite a few liberties have been taken with this damsel. I won’t go in to too many details but I will say this our 2nd Welsh addition to the list, Erin Richards is a great actress and portrays Barbara Kean so well. She bounces between collected and in control to out of control and impulsive, two roles in one it must be quite the challenge, hopefully Gotham will develop her character further in the upcoming season(s).

“James Gordon is the most honest man I’ve ever met. He’s not capable of doing that”
—Barbara Kean to Renee Montoya 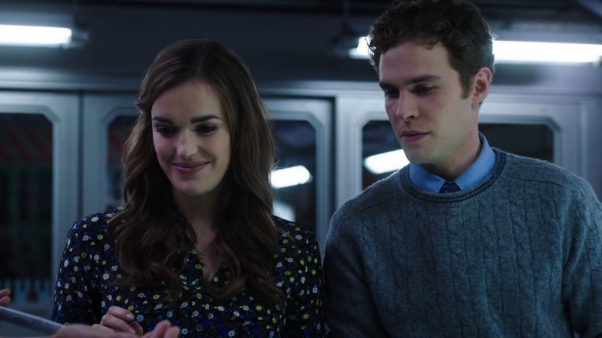 Ahhh the Nerds, I absolutely love these two when they are together, they are kind of adorable and funny all at once. The resident tech guys in Agents of Shield, they have both grown so much throughout the series, going on to becoming two of the bravest characters in the series. Dr. Jemma Simmons,Elizabeth Henstridge, is a bio-chemist who works for S.H.I.E.L.D. She specializes in life sciences (both human and alien) and is generally the partner of Agent Leo Fitz (Iain De Caestecker), a weapons and technology expert and engineer working for S.H.I.E.L.D. They are a fantatsic team up and some of their best moments are caused by their interactions they can go from comical to tugging on the heart strings i really won’t get bored of watching these two any time soon.

Leo Fitz: This is all my fault. I should have learned Kung-Fu.

Though I have not seen it yet, I have to say David Tennant as Kilgrave will be awesome, there is no way this cant work out. A great sadistic character matched with a fantastic character this is a win win situation. Jessica Jones will be available to stream on Netflix later this year hopefully, a date has yet to be officially confirmed. 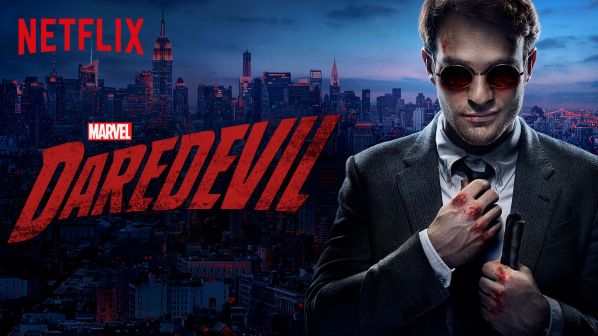 Last month, the world was introduced to a new Marvel Netflix series with Charlie Cox as Daredevil. You can read our reviews on the first series of Daredevil here. Before it streamed online, many wondered if it would live up to the hype and come out from under the shadows of its ill fated film adaptation back in 2003. However Marvel has once again worked its magic and created a brilliantly well written and acted and possibly the most faithful adaptation of a Marvel comic book series. Charlie Cox is a welcome breathe of fresh air in portraying the character of Matt Murdoch.

Matt Murdock/Daredevil: [to Fisk] You were right, what you told me over the radio that night. ‘Not everyone deserves a happy ending.’