I didn’t want to do this, because honestly I dreaded any hate I would get over this movie. If I liked it I would get all a left wing libtard and if I hated it they would call me sexist so I avoided it like the plague. But last night we here at Nerdgeist all had nothing planned so we thought why not go see Birds Of Prey, it can’t be that bad…

And you know what?

It exceeded all our expectations and we all loved it.

So yes I loved the film and if you hated it or do not want to see it because of “women” just click away now and go somewhere else. The film was one of the DCEU’s best movies.

Cathy Yan did a fantastic job directing this movie there are no other words for it, yes it comes off as frantic and all over the place but that was completely intentional. She managed to make something dingy yet dignified, farcical yet ferocious. I guess what I am trying to say is that she managed to take the almost diametrically opposed sides of Harley Quinns nature and breath that energy into the film. Of course part of that is in thanks to the script written by British writer Christina Hodson, who also wrote Bumblebee. This shows that if you want a female lead action film in a male dominated genera then please turn to the skillful Cathy Yan and Christina Hodson.

Of course the writing was not perfect, but my only issues where with how certain characters where treated. Though now when I sit down to watch these films I often tell myself this isn’t my “insert character” this is someone else’s vision of “insert character”, it does not make it the definitive one, but it does exist so lets view it with an open mind. For instance I know that a lot of people where angry that Harley Quinn was being included in a Birds of Prey movie, but without spoiling to much, she is not a member of the team, she is merely the catalyst that starts them down their path.

So lets talk about the characters:

This is one where I will happily draw the line. I have seen people over on our Facebook page complain that she ruins all comic books movies. Which implies that she is a terrible actress and well that is frankly untrue. In Birds of Prey she shines, mixing utter psycho with child like wonder (and a side helping of highly unusual sex appeal) she plays a Harley that to me is far more true to the character than in Suicide Squad. Also here she shines by blatantly insulting herself and the whole genera. Not to mention all the extra hard work that Margot Robbie put into this role – all that roller skating. 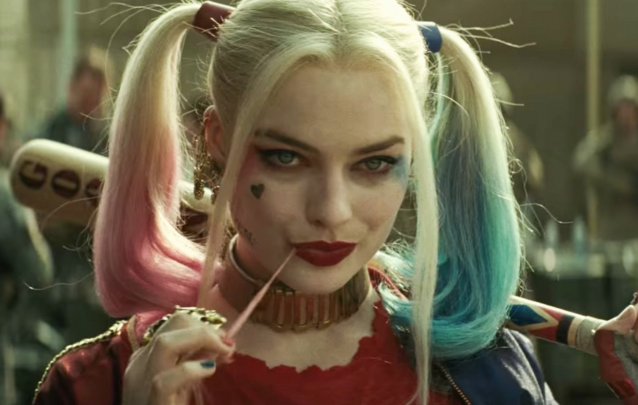 Away from the performance and onto the look. As much as I loved the outfit that she wore in Suicide Squad, and yes I liked it because she looked really attractive in it, I actually preferred her look in Birds Of Prey. Yes it was far from conservative but it was not sexual instead being more manic and that seemed to fit the Harley Quinn that I imagine. Again people complained about this, which is just messed up, women should not have to be sexualised to be seen.

Jurnee Smollett-Bell gave us an interesting take on Black Canary, gone are the fishnets and corset and in comes a street thug who is still an amazing fighter. This version of Black Canary is not as trained in using her powers as others but she is just as fierce and loyal as her comic book counterpart. The change in style and ethnicity are all just superficial, once you see her in action it is blatantly obvious that this is Black Canary.

The idea to cast Rosie Perez in this role was inspired not only she is a well established actress but how many other comic book movies are willing to cast a 55 year old female in a lead role, never mind one who is not white. I am well aware that race should not be a factor but it’s 2020 and yes it is a factor so we have to deal with it. Having Montoya be a good hearted but jaded cop obsessed with 80’s action flicks was a nice twist but for the most part she was true to the character, even keeping her gay.

Thank god they kept the good origin for Huntress and had her as an incredibly badass assassin out for revenge against the people that wronged her and thank god they used the fact that she was trained as an assassin to make her totally socially awkward. Lets face it, if you spent your entire life being trained as an assassin you would also turn out kind of funny. On top of that Mary Elizabeth Winstead manages to jump between intense and just weird within the space of a sentence making her a total stand out, even if she is barely in the movie.

This is where I had issues. In the comics Cassandra Cain is a highly skilled martial artist and hand-to-hand combatant who is also able to read body language and anticipate opponents’ moves within a fight. What we got here was not that and that’s ok, I just would rather the name not have been used, still we do not know where the character started in early drafts or where they intend for her to go in and unlikely future works.

As much as I criticize the changes I cannot deny that for her age Ella Jay Basco was really good in this movie.

There where a lot of changes here as well but ones that worked. One was making the characters more than friends, ok it is never said but they clearly have some sort of odd dynamic going on. I am not saying they are lovers but Zazz seems to be very territorial of Black Mask and for his part Black Mask is an utter narcissist who probably craves the attention. Ewan McGreor definitely seemed to be enjoying himself going full creep and full ham. Ewan was charming and terrifying all at once while Zazz seems to have been watered down from the original source material, yet it still works. 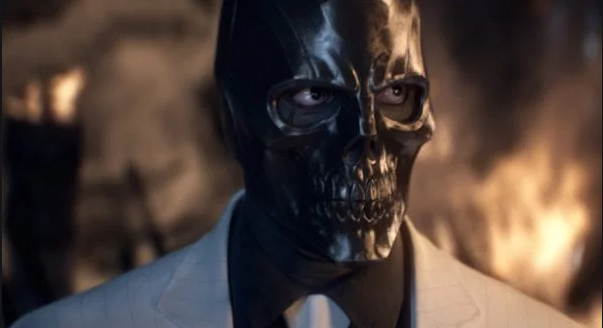 Before I finish this off I need to heap praise on the set design and how they where used. From Black Hands club, to the fairground at the end, the sets had more character than anything Justice League. And finally the sound track was just awesome. That is the only words I have for it.

So yes please give this film a  chance and go see it. It is a fun romp and one that is different than most other superhero movies.