Before We get started Spoiler Alert, I feel that this goes without saying, but I really do not want to upset anyone who has not seen this film yet.

End Game, just how did we get here?

It’s been 11 years, 22 films, 11 TV Series, 5 Short films, some random Youtube content and a host of filler comics, it finally all came together in Avengers Endgame. There has really been nothing like this before and no series will ever be like this again, it truly is one of a kind experience and the best thing is, it’s not over yet, there is plenty more to come.

I was initially shocked by the beginning of Endgame. its first 20 minutes where so quick paced. The film hit us so fast, the Avengers literally met captain Marvel and then where like, well lets go get Thanos. Then they did the unexpected, they murdered Thanos and this was not revenge, this was cold blooded murder. I am not arguing the point of it was justified or not, but he was beaten and defenseless, they had literally disarmed him. This was totally unexpected but what happened next changed everything.

The film went from Fast and The Furious to Driving Miss Daisy. End Game suddenly moves five years ahead in time and the pace goes to a crawl. To some this may be a bad thing but in my opinion is was the perfect choice. The fans are treated to a slow walk with all their favorite characters, honestly it falls somewhere between heart breaking and nice to see how everyone turned out. Tony managed to settle down, Steve is still helping people, Natasha steps up and becomes a leader while Bruce truly finds peace. It let us see the Avengers at their most vulnerable and there truly was something beautiful about that.

Of course I have some parts of the movie that I just adored and me being me, I had to pick a top 5: A few days on and honestly I am still into the film. It really is not the best MCU film but it is a good entry. The film was a lot of fan service!

Once the time travelling began I literally sat there with the hugest grin on my face. Seeing all the little time travelling cameos, with both Micheal Douglas and Robert Redford’s parts being kept very quiet, little throw backs to the infamous elevator scene in Winter Soldier and even a little reference to Secret Empire, when Captain America says ” Hail Hydra”. This film was for the fans, both fair weathered and hardcore, it was not the MCU’s attempt to remake the wheel, it was there way of saying thank you, to everyone that has stuck by them. 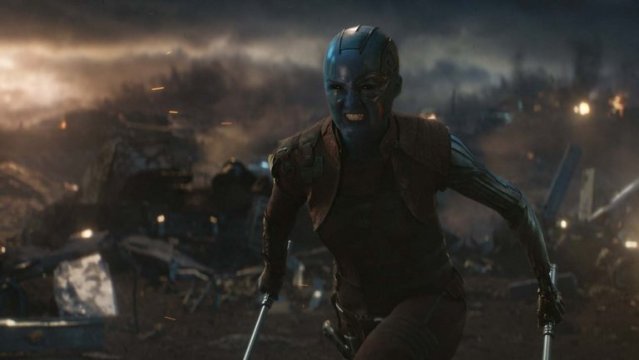 It was an emotional thrill ride and far from perfect, but this is as close to a perfect ending as any film can be, yet it is not the ending, for it is the start of a new wonderful chapter in the MCU timeline.