It’s that time of year again folks, BLIZZCON is upon us and with that the BLIZZCON Goody Bag is back out and me being me, well I just had to grab one for myself. The box came with gear for all Blizzard’s biggest franchises, Warcraft, Starcraft, Overwatch, Diablo and heroes of the storm, so if this is the kind of stuff your into, then this box may just be for you. 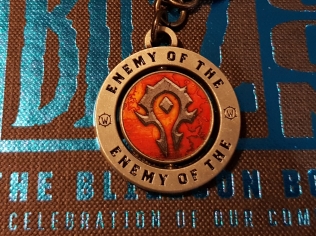 Then we have a nice little figurine of one of gaming’s greatest villains.

Thirdly is one of my favorite pieces, in the box they give you a copy of the Overwatch symbol, the same one that Reinhardt would come to possess. 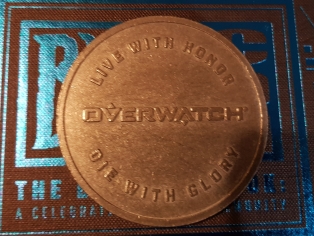 If you have been looking at the photo’s you will have obviously noticed the large Blizzcon book, this is actually better than I originally thought, after I initially posted the video I sat down and started reading through it I found the whole Blizzard journey fascinating.

My #blizzcon2018 goody bag finally arrived if you want to see more check out the video in my bio. In the meanwhile I do like some of my new merch. #blizzard #blizzcon #warcraft #worldofwarcraft #starcraft #thelostvikings #heroesofthestorm #gaming #hearthstone #overwatch #soldier76 #tracer #dva

Next up we have a lot of magnets, this one I was not to sure about, I really do not need this many Magnets, still the Heroes Of The Storm one was pretty epic. 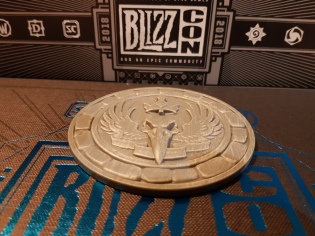 Finally we have the StarCraft badge, which is actually pretty awesome and will be on my next Con Lanyard. I do just love the level of detail it has and the fact that StarCraft is 25 years just blows my mind.

I still prefer last years box but this one was pretty good, just less practical and hopefully less magnets next time.

Tagged as: diablo, heroes of the storm, overwatch, starcraft, Warcraft