Five things I am looking forward to this December

I am a simple man with simple tastes and any excuse to play more Overwatch always suits me. With plenty of new skins a new mode of play and host of other goodies this is going to be a fun gaming season.

Junkrat will be going in his traditional Australian Christmas get up. True it seems that everything in Australia could kill ya, but in retrospect to the people of the British Empire, sending convicts to a beautiful sun drenched unspoiled land in the Southern Hemisphere while you clung to your Island in the North Atlantic, seems kinda foolish now.

For those tank players out there we got you covered with an ice fisher Road Hog, who looks a little more Ice Road Trucker but hey any excuse for a Hook, plus I just love the details with the fish on the arm and the fuzzy hat.

This one perplexes me and also kind of terrifies me too. But the Owl themed costume complete with Talon’s suits this snow theme perfectly.

Further adding into the winter theme is this Winter assault Soldier 76, nothing too outrageous about this skin but it looks badass.

I feel like they could have been a lot more creative with this one, but still love the little owl. 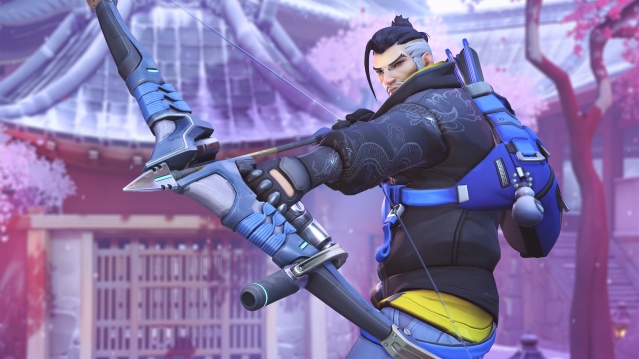 This Hanzo costume is one of the most requested and I can see why, its definitely one of his best yet.

Though nothing can top this Sombra skin where she looks like something out of World Of Warcraft. Like one of the Lich Kings servants more than Talon’s top hacker.

Of course if you missed out on last years costumes well Blizzard had this to say:

“To make your favorite Winter Wonderland cosmetics even easier to collect, we’ve lowered the cost of last year’s goodies; Legendary skins from 2016 are 1000 credits, while Epic, Rare, and Common prices have been lowered to 250, 75, and 25 credits, respectively. Winter Wonderland 2017 Legendary Skins are 3000 credits, while Epic, Rare, and Common Skins are 750, 225, and 75 credits, respectively. Alongside previous changes to goodies and cosmetics, that means it’ll be easier to nab your favorite 2016 and 2017 winter looks.”

With a Yet hunt and Snow Ball fight for you to take part in, What the hell is keeping you from starting?

Sadly I was denied my new D.VA skin, though god knows I have enough, but still I can be greedy

The Overwatch Winter Wonderland 2017 event runs from Dec. 12 right through Jan. 1 on PS4, PC and Xbox One.