Last weekend, Sat 25th-Sun 26th October 2014, Belfast Film & Comic Con took place at the Odyssey Arena in Belfast. This was the first convention of it’s kind to be held at the venue, which normally is host to concerts and ice hockey matches.

Over the years I have attended many conventions from the local ones including TitanCon to the biggest one of them of all, San Diego Comic Con but I have never attended a Showmasters event until today. I had heard a lot of mixed reviews about these conventions saying they were informal and kind of rushed, after attending the Belfast event I have to say it’s not the case. Maybe things feel that way but that’s only because Showmasters can really pile the guests on. With quite a big roster of names of course things will feel rushed, because in the end the attendees are moving about trying to see everyone and everything. Any seasoned con goer will know that at bigger events this just is not possible, you pick what you want to do and have back up plans in case the previous plans don’t work out.

The guests that attended Belfast Film & Comic Con 2014 included many TV, film and comic guests including:

This convention managed to get a great location, situated in the Odyssey Arena you are a stone’s throw from the city centre. Showmasters have made good use of the space, using the Arena’s seating to host talks and the Masquerade, it meant that all attendees where in tiered seating and you didn’t have to worry about someone taller than you sitting in front of you.

Odyssey Arena has a lot of amenities including: plenty of toilets, several ATMS, ample parking and lots of options for food. I’d personally advise popping next door into the Indian Ocean for dinner, inside the venue there are several fast food joints, overpriced but that’s to be expected. With several bars and a few places to hang out situated in the complex, it’s an ideal venue for relaxing with new con friends after the event. Only major drawback is you don’t have the best options for public transport, but like I mentioned earlier it’s a quick walk from the city centre and taxis are very easy to get from the Arena.

Oh what to do?

Once inside you had plenty to do, with many of the guests doing talks throughout the day. Highlights for me where talks done by Clare Kramer, Billy Boyd  and comic book artist James O’Barr, with a great moderator the talks went smoothly and attendees were made to feel very welcome in asking any and all sensible questions, plus a few not so sensible ones. 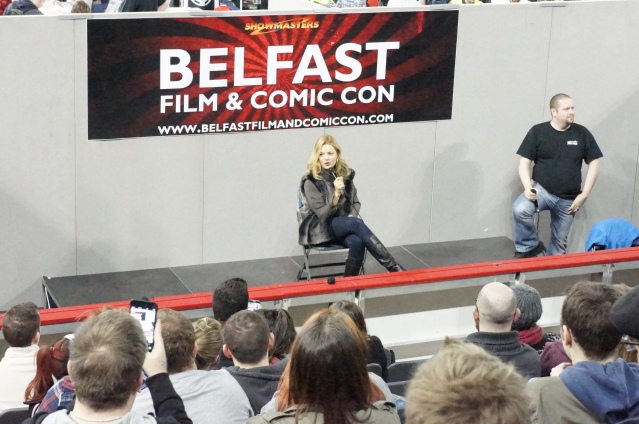 To add a little more diversity into this wonderful melting pot there where some more inclusive talks, my favourite being one on DC vs Marvel on the big screen. Mostly because this talk was for fans to get together and have a nice civilized debate, it’s something you don’t get to see too much of at conventions. Other cons try this but it usually becomes a soap box for the moderator to stand upon and bellow out their biased beliefs, this I’m glad to say was fun, light hearted and very civil.

I know talks are not for everyone but there was a lot more to do, you could go meet the guests and get autographs, or like me get your favourite comic book signed by its creator. Maybe you want photographs, well that was optional all day, Showmasters even added a few twists in, like having your picture taken beside a life sized Jabba, at the Tardis control console, Chitty Chitty Bang Bang, Back to The Future Delorean or near a Velociraptor (it’s actually a Deinonychus but we can forgive the original film for this mistake because f**k you science).

Beyond that there was plenty of gaming and lots of merchandise for you to take home with you, with a mix of delicious candy, comic books, models, board games, action figures and refreshing tea (yes I love tea), there was definitely plenty to choose from. 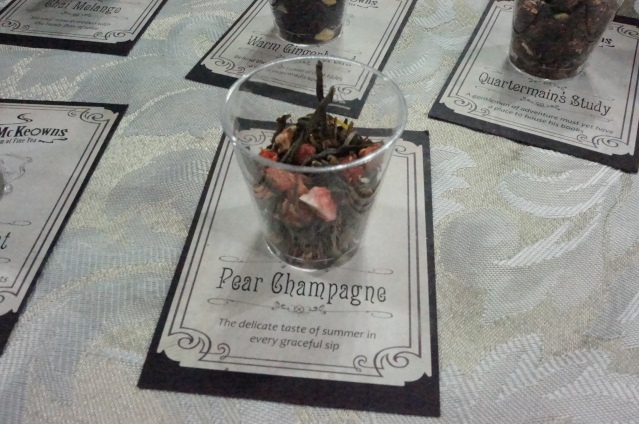 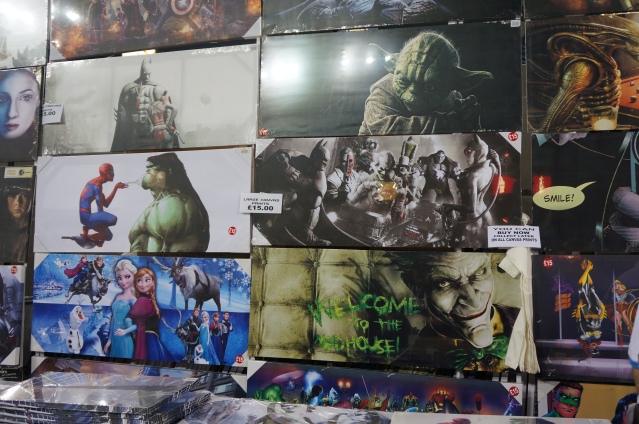 The convention had plenty to offer including: friendly people, great cosplay and a fun place to let your hair down. The only thing I missed was the lack of independent artists and merchants, but that’s for other cons, here you had the name power of a great variety of guests, that’s what really drew the crowds this time round. 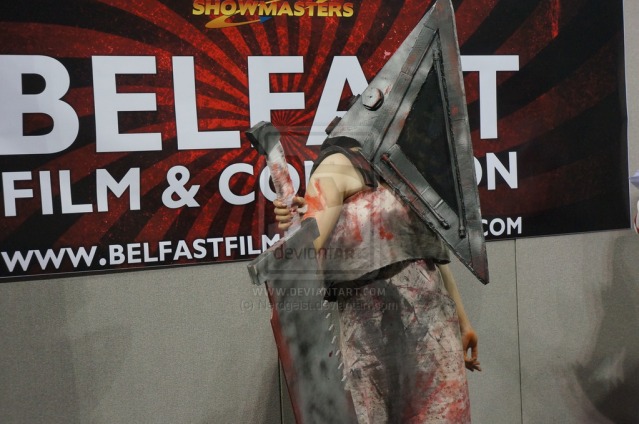