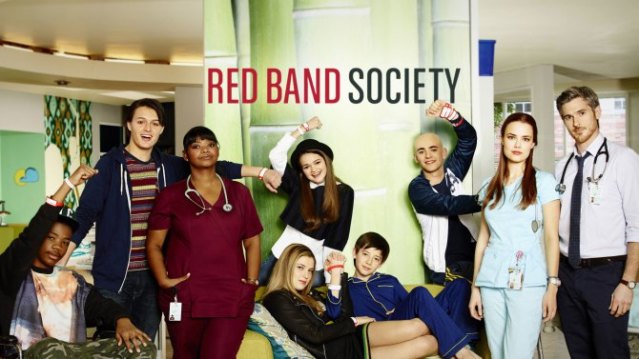 For Upfronts week in May I reviewed all the promos for new shows premiering in the 2014/2015 season. In the next few weeks the networks will be screening the pilots for these shows. A pilot can make or break a show; both the critics and audience reaction can decide whether the show continues or whether it is cancelled. Networks have been known to cancel shows after 2 episodes proving how important these early episodes are. For this reason, and because it seemed like a natural progression from my promo reviews I have decided to review all of these pilots. Kicking things off is Red Band Society, a medical dramedy. Warning, spoilers ahead.

To recap Red Band Society is set in the children’s wing of a hospital where a group of teenage patients live, striking up unlikely friendships and relationships, all while battling their respective illnesses. I’ll be honest; I wasn’t expecting that much from Red Band Society. I thought it would be just another medical procedural show, with the twist being that all the patients were children. However it turned out to be so much more. What I found was a deeply emotionally charged, character driven show that is actually tackling the major issues that ill children have to deal with.

The teenagers are made up of Charlie (Griffin Gluck): a boy in a coma who serves as the show’s narrator, Leo (Charlie Rowe): a teenager who due to cancer has had to have his leg amputated and is currently waiting to see if his chemotherapy has worked, Jordi (Nolan Sotillo): like Leo, suffering from cancer in his leg which will also have to be amputated, Dash (Astro): the rebel of the ward who suffers with cystic fibrosis, Kara (Zoe Levin): the typical mean high school cheerleader who has a heart defect and Emma (Ciara Bravo) who is battling an eating disorder. Two seasoned actors play the children’s main caregivers; Dave Annable as the very likeable Dr McAndrew and Octavia Spencer in an effortless performance as the sassy yet kind hearted Nurse Jackson.

It’s hard to pick out a standout performance from the pilot episode because all of the actors play their parts so well. It is actually the relationship between two of the characters, Jordi and Leo, which really captured my attention. Both suffering from the same illness with the same treatment course, Leo is further on his journey and is introduced as a kind of mentor for Jordi. The poignant conversations between the two in the episode, which alternate between heartbreaking and hopeful, are a credit to both the writers and actors. However their relationship could hit a rocky patch in future episodes in the form of a love triangle caused by Emma, a girl they both clearly have feelings for. It will be interesting to see how their friendship progresses.

I think what makes this show so successful is its ability to make you laugh one minute, then cry the next. It is full of witty one liners and the banter between all of the characters is a constant source of entertainment. Plus when you have an actress like Octavia Spencer starring you know it’s going to be comedy gold. As for the tears, I found myself welling up at several points during the episode. One particular moment was when Kara told Charlie’s dad that Charlie wanted him to know his accident wasn’t his fault. It was such a beautiful yet bittersweet moment, it really tugged on the heartstrings. I think it’s the use of children that makes the subject matter so much more raw, perhaps because we see them as more innocent and less powerful than an adult would be in that situation, and that’s what really makes this show unique.

If I had to say anything negative about the show it would be the use of Charlie. While Charlie’s narration of the show seems necessary in introducing all of the characters, it can sometimes feel a little cheesy; it is hard to believe that a young boy would be coming out with such philosophical quotes. It also sometimes takes away from the serious subject matter of the show, which may or may not be a good thing depending on how you look at it, as it seems quite farfetched. However as I said it does serve a purpose and actually at times can be quite witty. The other thing that bothered me was the dream sequence between Charlie and Kara. Again I can understand that it was necessary for Kara to start her journey to become a better person but it all seemed so unrealistic. This is a show set in the real world without werewolves, vampires, etc. so the writers need to be careful about far they push the boundaries, as it may actually take away from the emotion and quality of the show. 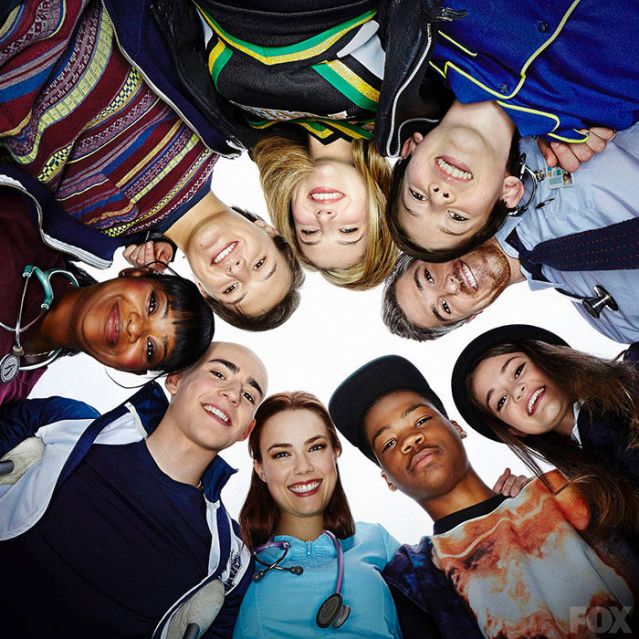 Perhaps the best way to summarise the show is a quote from Charlie. “When people are sick you see how complicated they really are because there’s always that point when they drop their crap and let you in”. Even from the first episode we see that happening, from bitchy cheerleader Kara helping Charlie, to the emotionally guarded Leo guiding Jordi. This show proves that you don’t need to focus on a case of the week, or finding a cure to be a good medical show. You can instead focus on the people suffering from those illnesses and their relationships with those around them. . It’s also interesting to see long term illness from a child’s point of view, something which hasn’t really been done before. If they do it right this show could actually be both educational and enlightening for the audience.