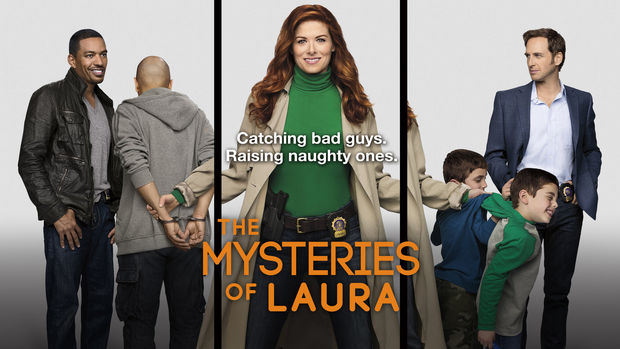 To recap, The Mysteries of Laura is about a tough detective who has to balance her work with her troublesome twins and childish soon to be ex husband. WARNING there are spoilers ahead.

Throughout the episode it feels as if the audience is pulled into two storylines, Laura’s personal life and her professional one. This would be fine if it flowed together but it comes across as quite detached. As a viewer I constantly wondered whether I was watching a detective show or a comedy about an unruly family. I suppose that the creative team envisioned a combination of both but the end result didn’t quite deliver. I think if the show is to be successful they need to work on joining up these two storylines up.

However that’s not to say the show wasn’t enjoyable. There were many positive aspects to it, one being the very likeable characters and the talented actors who play them.

The outstanding performer this week was Laura’s partner Billy, played by Laz Alonso. Already a scene stealer, he brings comedic relief to the scenes whilst maintaining his suave detective persona. He’s definitely the one to watch! Charles and Vincent Reina who play Laura’s twin boys also deserve honourable mentions, making viewers fall in love with them despite their naughty behaviour.

Two characters we haven’t seen much of, are Max and Meredith, played by Max Carnegie and Janina Gavankar respectively. Neither of them are used enough in the pilot, despite Meredith being set up as a potential antagonist for Laura, but hopefully we will see some character development for both in forthcoming episodes. 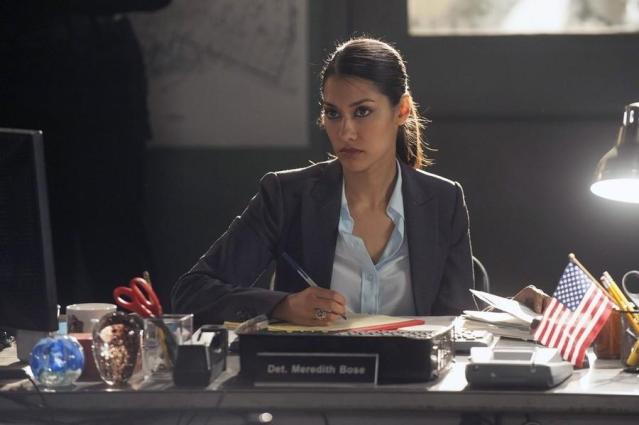 Laura’s soon to be ex-husband Jake is played by the very capable Josh Lucas. His character seems at first like the typical douchebag that you don’t blame Laura for divorcing, prior to the show he cheated on Laura and is perhaps more childish than his sons. However as the episode progresses he becomes more likeable and caring, showing perhaps deeper layers which I hope will be explored in subsequent episodes.

Lastly we have Debra Messing leading the show, playing the titular character Laura Diamond. Debra Messing is strong and believable in the family scenes; however the detective scenes feel slightly strained. Perhaps this is because I can only see her as Grace Adler, and not a hard ass cop. I don’t think this is a major problem though as it is only the pilot and I’m sure both Messing and the audience will start to feel more comfortable with her in the detective role as the show progresses. The great thing about Messing in the lead is that she has great chemistry with all of the characters on the show, making the scenes that much more enjoyable to watch.

The real highlight of the show for me was the relationship between Laura and Jake. The show is obviously meant to be a comedy but in certain scenes between the two it felt like a drama. The portrayal of their separation is actually done very realistically. Unlike in certain TV shows where characters split and then automatically stop having feelings for each other, this is more drawn out, more raw and emotional. Laura clearly still loves her husband, evidenced by her still wearing her wedding ring, and obviously has reservations about ending her marriage. The look of pain on both of their faces in certain scenes really shows the harsh realities of marriage and divorce, making the show much more authentic. I hope that this storyline continues in the same tone as the pilot, while it is funny to see them snipe at each other, it is important to not forget the real emotion between the two.

Like any other pilot this show has its issues that it needs to work out. However despite having a negative view at the start, I found that the show got better as it went along and by the end of the episode I was enjoying it. Yes, at times it’s unnecessarily cheesy and sometimes juvenile but it’s fun and has some great comedic moments. However there are so many crime shows around at the moment that The Mysteries of Laura needs something special in order to succeed. It faces stiff competition from established shows like Castle, CSI, etc. as well as newbies like Forever and Stalker. I do wonder if it would be better marketed as a family show, airing earlier in the night. Perhaps that could be the niche it needs. It will be very interesting to see how they tackle episode two.