While at MCM Belfast Comic Con we had to chance to interview Comic Writer Ricky from Swansea Comics Collective. 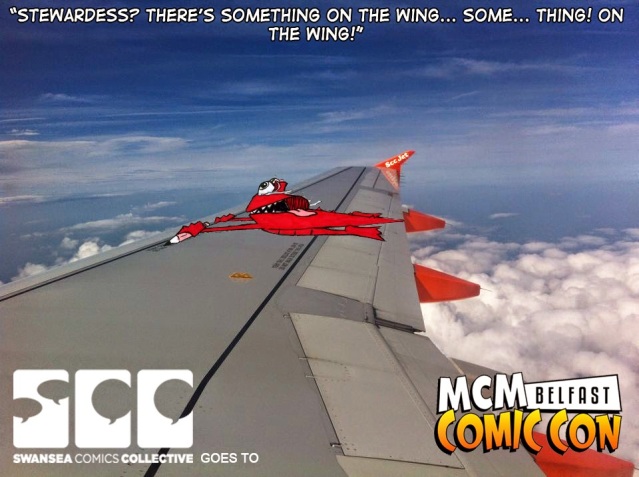 Can you tell our readers a bit about yourself and your comic book Copperopolis?

I’m Ricky; I’m one of the writers with the Swansea Comics Collective. Copperopolis has dragons and magic. It’s based on a fictional version of Swansea (Wales) that’s been engulfed with this magical dragon energy, which makes for a pretty weird town.

What was your driving force behind creating the comic?

In the beginning we were all working on different projects individually, which was only a couple of pages so we decided to do something as a group. We wanted to make a shared Universe we could all use, that’s where Copperopolis started. 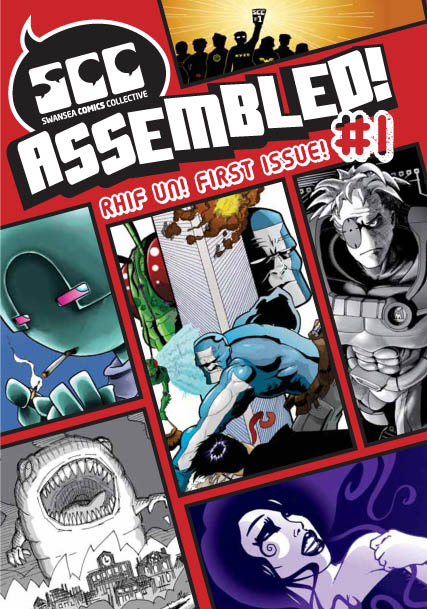 We started doing research on the area. We had some ideas of what we were going to do and just to make it more centric to Swansea because that’s where we are from. We started looking at the legends, myths and we tried to incorporate them with our own unique twists on that.

It helps build the world because we know Swansea already. It’s sort of like Marvel and New York, it gives that realistic feel and it’s a real place that they’ve embellished. It’s what we tried to do with Copperopolis.

Some of the things we found while we were researching were quite interesting.  There’s this story about an Architect who wasn’t pleased when his design wasn’t picked for a Church. So when he was commissioned to design a building that was across from it, he put a Devil looking down at the Church. He told them “My Devil will be laughing as your Church burns to the ground.” The Church actually got hit during the three day Blitz of Swansea and the Devil was still on the building looking down at the Church as it burned. I’ve lived in Swansea and I’ve never even known about this Devil. It still looks at the Church (rebuilt) to this day.

What’s in store for the future of your Comic Book series Copperopolis?

From where we are in the point in Issue 1, we are going to be bringing in new Superheroes into Issue 2. It will be a bit more traditional in that it will be Superheroes and Villains but we are still going to have this dragon energy and magic to give it our own unique twist. Hopefully we can carry it on long into the future. We’ve got up to Issue 7 planned out at the moment.

Where can our readers buy your Comics?

We are hoping to get it onto Comixology . If you follow us on Facebook you can keep up to date on release dates and when it will be available as a digital download.