It’s exciting times as the schedules and announcements are made as we get closer to San Diego Comic Con International . The biggest event on Saturday will be the DC Comics and Warner Bros TV epic 3 hour event. This will be emceed by none other than Oliver Queen himself aka Stephen Amell (Green Arrow).

Prepare to camp out overnight to save yourself a spot at Hall H for what is sure going to be one of the highlights at San Diego Comic Con International. 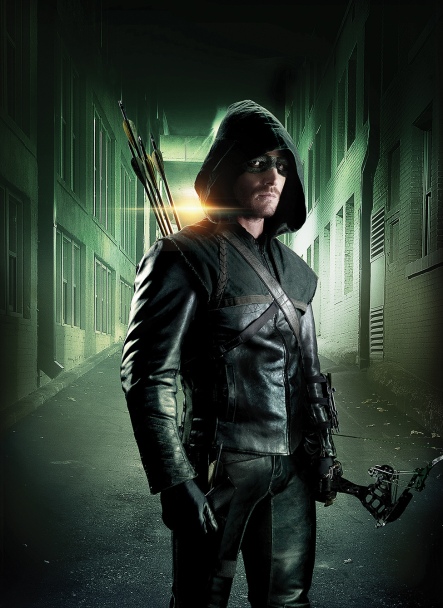 The Three-Hour Event (8:00–11:00 p.m.) in Hall H Features the World Premiere of Gotham, Complete Pilot Screening of The Flash and Exclusive Footage From

As previously announced, WBTV and DC Entertainment are teaming up for a three-hour (8:00–11:00 p.m.) special event in Hall H designed for DC Comics fans and featuring some of DC Comics’ greatest characters. Amell will preside over the world premiere screening of Gotham and the complete pilot screening of The Flash, and will give fans a look at footage from the Constantine pilot and a sneak peek at season three of Arrow. He will also introduce select stars and producers from each of the four series.

In Arrow, Stephen Amell plays Oliver Queen, who returned home to Starling City after being gone for five years, during which time he suffered unimaginable ordeals. With a mysterious agenda and armed with a new set of skills, Oliver moonlights as the Arrow, a crime-fighting hero looking to clean up the streets of his city. Joined by his team — John Diggle (David Ramsey), Felicity Smoak (Emily Bett Rickards) and Roy Harper (Colton Haynes) — Oliver protects the people he loves, becoming a beacon of hope for the city’s most vulnerable, and a weapon of justice against those who prey upon them. Arrow returns for season three on October 8, airing Wednesdays at 8/7c on The CW.

For additional information about WBTV activities at Comic-Con, please follow them on Twitter at @warnerbrostv and join in the conversation by using hashtag #WBSDCC, or visit http://comiccon.thewb.com.

The Amouranth saga has just taken a stranger turn. Not only had she been harassed and controlled by her husband but she also had to deal with an obsessive stalker.
If you know me you will know that I'm a huge fan of Alice in Borderland and have been looking forward to Season 2 for a long time now.
It seems recently that there is no end to great trailers being dropped and today is no exception.
My Tweets