While at MCM Belfast Comic Con we had to chance to interview Comic Writer Gavin McCumiskey.

Can you tell our readers a bit about yourself?

I’m Gavin McCumiskey and I’m the creator, owner, Writer, Editor, Marketeer and pretty much everything for Green Monkey Comics  except the Artist because I don’t have any skill in drawing.

Can you tell us about the concept for Innocent Tales?

Innocent Tales came about because at the start, when i was trying to get into comics and write and hook up with Artists, it was easier for me to get an Artist to do a short story with me rather than ask them to do the next series of The Walking Dead.I was an unknown Writer so it was harder for me to get anything longer than a 7/8 page commitment from an Artist. However it allowed me to work on individual short stories and put them into what is now Innocent Tales . It also gave me an opportunity as well to write and explore completely different genres and write completely different styles. So if you look at each of the stories what I’m hoping to achieve is that when people read it, if they didn’t know I wrote each story, that they might actually think that it was a different Writer writing each story.

So in the beginning it was hard to get Artists to collaborate with you?

Starting into the industry as a Writer isn’t easy. Writer’s are a penny a dozen, no Artists wanted to work with a Writer unless they have stuff published already. I needed to prove myself to Artists that i could get stuff out there and get it published. It wasn’t directly by choice but it has definitely been the best thing that has happened because from working with different Artists I’ve made many connections.

Going forward from there, one of the guys who draws stories in Innocent Tales 2, Ruairí Coleman has agreed to come aboard for a longer project with me , which is The Woodsman character. I can now get Artists interested in collaborating for a longer piece of work.

What’s been your favourite out of all the Innocent Tales you’ve wrote so far and why?

I think I like the very first one in the book, A Saviour, not because I feel that it’s so much better than the rest but because people can take there from it a different meaning. People have come back to me, with the ending in particular, and have wondered about the character Saviour and they’ve questioned where does he come from? Is he an Angel of Death or is he a physical interpretation of the mother figure. People can take what they want from it and because there is so many levels in that story, it’s definitely one of my favourites. Also it was the first story i wrote as well.

Because I was working with short stories, I wanted to draw people in but give them a twist and make them think about the stories. I love comics, I’ve thousands upon thousands of comics in my collection. We all love comics, otherwise why would we be here? But I wanted to do something different with my own comic. I didn’t want to rely on a superhero figure lifting up a tank and throwing it away from people. I write to show people that comics aren’t just for kids because that’s what I get from the many people that I speak to. 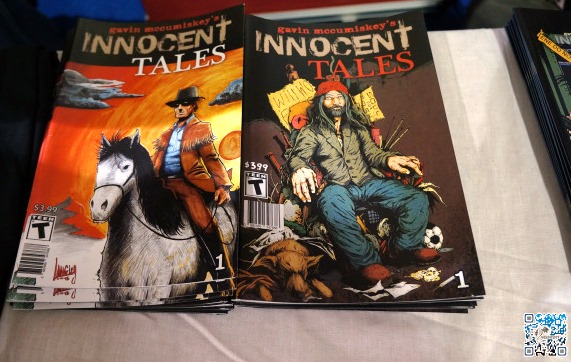 Can you tell us about The Woodsman?

When I first started it, I said look regardless of where we go with this. I always said to myself this Woodsman character is more real, more a Saviour than somebody who can hit a fly two miles away with a bow and arrow. He’s always prepared and anticipating that if he takes a headshot at somebody, the chances are he’s not going to get the headshot so he’s always anticipating the next step.

No matter what happens, weather I write another comic again, I want to look back at The Woodsman and say that’s it’s something I’m proud of. It takes everything that I think about comics into that comic, it makes it exciting and interesting for people to read. It makes it real as well.

What where your major influences when you came up with all these ideas?

I’ve always had a bit of an overactive imagination. I’m always trying to do things because I’m never happy doing the same old thing. I’ve got three young kids and it was only a year ago, in a long time, that i was able to get full night’s sleeps again. I was waking up at 6 o’ clock in the morning thinking this is great and I’m ready for the day. But I was thinking what do I want to do? I decided to do something with all the crazy ideas I had in my head for a long time. 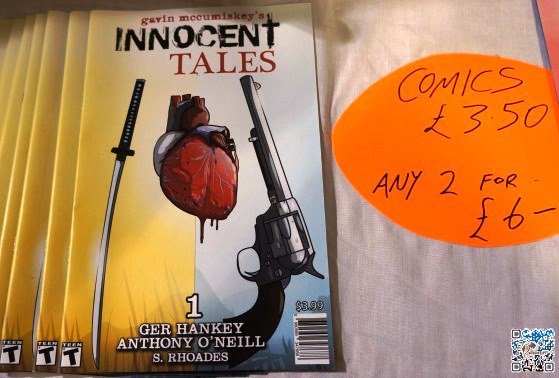 Where can people buy your comics?

At the moment because it’s small and independent, I’m financing all of it. It’s hard for me to get it into shops. There is a couple of exceptions to it. In fairness to The Big Bang in Dundrum and Dublin City Comics shop. Those guy’s don’t take commission, they’ll take say ten copies and they’ll sell them at face value and give you the money for it. However all the big chains such as Forbidden Planet, they’re looking for commission. My goal is to break even and I wouldn’t be breaking even if I have to give them commission.

So the best place to get my comics is by visiting comic conventions in Ireland and N.Ireland. You can also visit the website GreenMonkeyComics.com 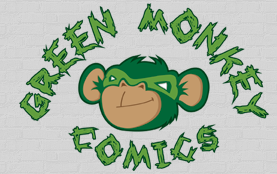