Serenity forever, a review by Dave!

So for the past few years I have been attending Starfury Conventions, starting with the infamous T1, it was so infamous because this was the convention that saved the TV series Chuck.

These are great conventions, there is a great relaxed atmosphere where the guests and attendees can get together and have actual conversations that go past the usual “OMFG I LOVED YOU IN THAT”.

The line up for this year was just amazing:

SEAN MAHER – Firefly, Serenity and Much ado About nothing

LEAH CAIRNS – Battletstar Galactica and also soon to be in the Christopher Nolan Film Interstellar. 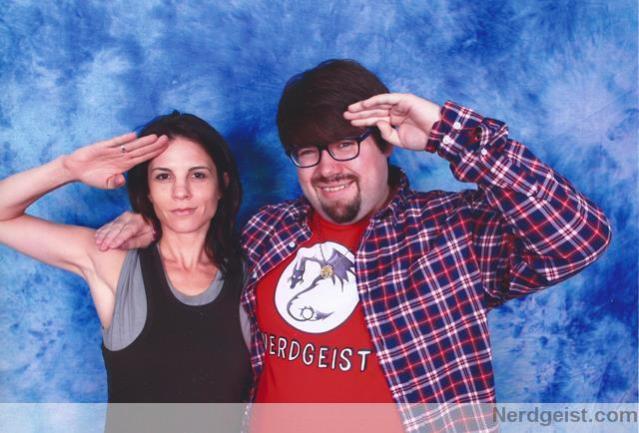 As usual for us we kicked off the Friday night with the meet and great. First time round this can be a little intimidating. Having someone from television and movies sitting right beside you can be a little over whelming, but once you get past that and realise they are just people to its very easy, In all my time doing this there has only ever been 1 maybe 2 guests that are difficult to talk with. We managed to break the ice with a little game called cards against humanity, I will talk more about that game later, but lets just say a**l beads became a running joke for the weekend. This does sound boring but its much more fun that you would think, you get to hear plenty of behind scenes things you normally wouldn’t know and maybe learn a little about the people who brought your favourite characters to life.

The Saturday consists of photo sessions and talks. The photo sessions is basically a chance to get a picture with one of the stars you like, it can be a little awkward but you can also have a little fun with it. The talks are the real highlight for me, you can learn so much from just listening or even get to ask some burning questions that I am sure many of you out there have. Like I said before its a very relaxed atmosphere and that’s what makes it so much fun. Saturday evening has a costume competition, and unlike a lot of other Cons I have been to a lot of work goes into these outfits. 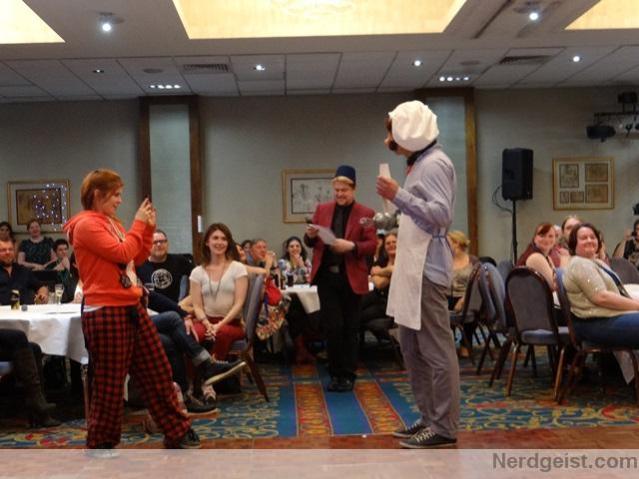 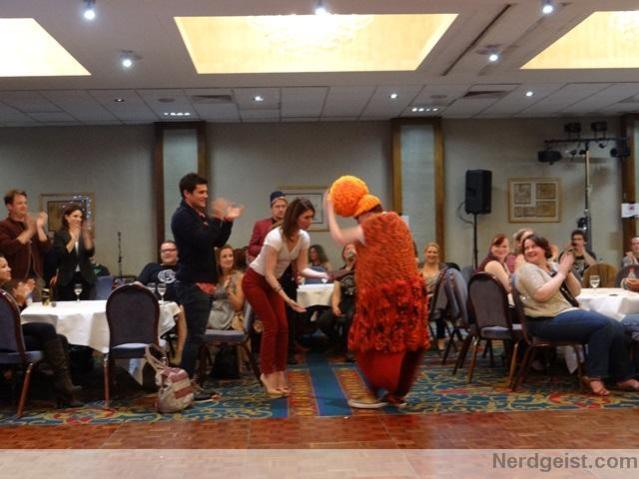 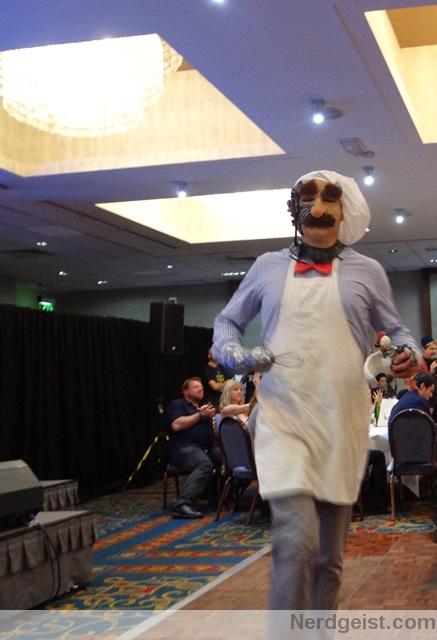 Every night after the con there is a little party of sorts, having a dance floor packed with some very random costumes oh and ummmm JOSS WHEDON. Jewel and Sean snuck him into the event, it was such a mind blowing moment, here we have one of the worlds top writer/directors and he is on the dance floor actually dancing to Katy Perry and Beyonce. It was a very surreal moment, but luckily we have proof.

After the insanity of this and his speech the fans celebrated by 1 – dancing to the theme from Buffy the vampire slayer and 2 – singing, drunkenly I might add, the theme from Firefly.

Sunday was pretty intense people looked a little shell shocked at the fact Joss had turned up so the con was split by those who took part in the madness and those that had gone to sleep. So at this point we needed to wonder could things get better, well ye they did with a surprise attendance by Bruce Boxleitner,Now some people may not know who he is but well he played the role of oh.. Tron, that’s right Mr I fight for the users, made a small appearance and I got to meet him. I have to say he was a really nice guy and great to speak with. Now this is a Starfury event and also a Sunday with Johnathan Woodward, which means Communion. This is not the traditional style, instead of Holy Music we have Prince, Instead of bread sticks we have Pringles and instead of wine we have Whiskey. My only regret from the weekend is that I now know what a geoduck is.

Throughout the weekend they held raffles for well prizes (DUH). So on the Sunday you could win small meet and greats with multiple guests, signed merchandise or T shirts, its all great fun.

As with all these events I really need to say Sean Harry, who organizes these things, put on a great show, has a great and devoted staff, who are always happy to help and they really lay the important ground work to make this such a smooth and fun run, I really advise that everyone should attend these events.