Its blood-soaked adventures on the high seas in the first issue of The Invincible Red Sonja. As first issues of a series go this one is surprisingly fast paced, it drops us off right in the middle of a battle and it barely lets up from there. Most of the issue is told in flashback and deals with our titular hero fighting alongside pirates, against monsters and even coming to the defense of a princess. So pretty standard fair for the Warrior Lass that so many of us have come to know and love. 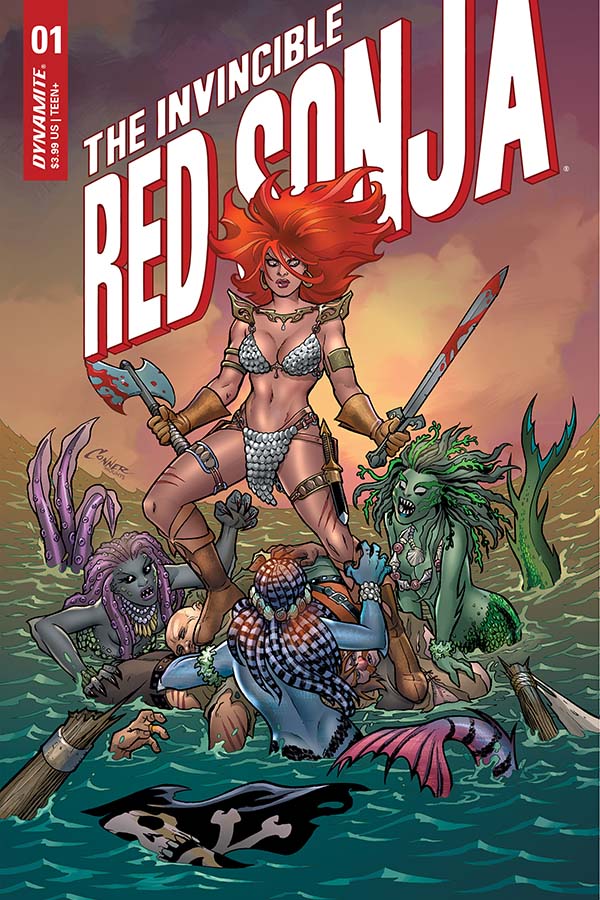 AS with any first issue of a new series there is not much to say, but so far I am a big fan of what writers Jimmy Palmitti and Amanda Conner have produced. If their names sound familiar it’s because Jimmy has worked on Harley Quinn, The Ray and Action Comics, meanwhile Amanda Conner has made her mark working on both Power Girl and Harley Quinn. Meaning that Red Sonja is in great hands.

I would be doing all of you an injustice if I did not mention the fantastic art courtesy of Morita who was the artist on Hellblazer, The Spirit and Elephantman, to name but a few. He mixes the colorful and joyful with the violent effortlessly and it really adds to this book.

A great start to a series that I cannot wait to read more of.