The Boys Season; One My Thoughts and Feelings

Last Friday Amazon finally released the first season of The Boys. This 2019 adaption of critically acclaimed comic book series of the same name was at one point considered impossible to film. Though the same was once said about Preacher, which was created by Garth Ennis, who just so happened to also create The Boys. Both series are very violent and at first glance have a lot of shock value, yet both deal with some very deep issues, for me Preacher was all about faith and heritage, while The Boys is all about deconstructing what a superhero is.

The Boys asks us the question, would having Superheroes make this a better world?

If you look at The Avengers or The Justice League (who the main antagonists of this series are based upon) both in our world and the fictional world, the heroes are treated with near reverence and practically worshiped. Mix that with God like powers and you have a dangerous mix. This would easily create a class of superhuman’s who would see themselves above the laws of man, who would do what ever the hell they want.

As characters go the Boys has two sides. One side are the Boys a group of people who have been hurt my Superheroes and that want to hurt them back and on the other are the Seven. The Seven are comprised of parody’s of famous superheroes. They are Homelander (Superman), Queen Maeve (Wonder Women), A-Train (The Flash), The Deep (Aquaman), Black Noir (Batman), Translucent (A hero who can go “invisible) and Starlight (Stargirl). They are universally adored by the public and though the new member of the group Starlight is generally a good person, the others all hold dark secrets. 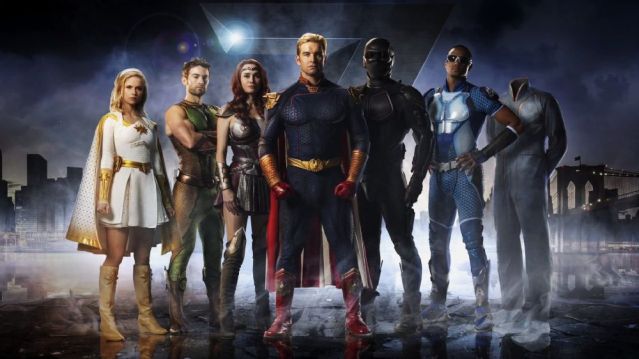 Like I already said at first glance the series was pretty shocking, there where plenty of scenes that pushed the boundaries, usually the sex scenes. These could easily upset some viewers, Lord knows that at least one had me looking away from the screen In horror. Still it all helped us see the decadence that these “heroes” enjoy. Then we had the violence which was just brutal, though at times it was hilarious, like having the main character shooting people dead while screaming “I’m sorry” at the top of his lungs. 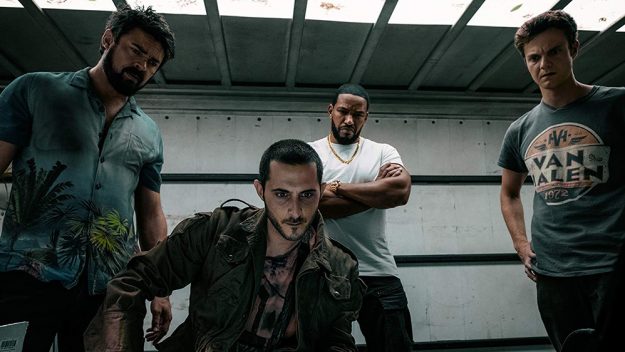 But that was all surface level because we needed to see a man die while performing a sex act and we needed to see The Boys use a super powered baby with laser eyes to kill several armed guards, because once you put all that in contrast with everything else you get a very dark picture. Episode 5 – Good For The Soul, really helped drill this home, in this episode our “Heroes” infiltrate a Christian festival, one run by a closeted superhero and one in which both Homelander and Starlight will be in attendance. At this festival Ezekiel – the closeted gay Christian preacher superhero leads prayers against homosexuality and also secretly smuggles drugs across the nation, but people love him because he follows the script. Meanwhile we have the ultra violent Homelander, who blatantly murders people and is pushing for superheroes in the army, while talking about how great his nation is, is cheered on by the masses who as Christians should always be opposed to violence and such displays of pride.

On the other hand you have Starlight who speaks to the people in the crowd with honesty and integrity, who reminds people that it’s ok to not be perfect, you are not at fault if someone sexually assaults you, there is nothing wrong with being gay and life is tough, yet she is met with silence and controversy. Ennis created the Seven to tell us that even if there where real Superheroes, they would not fix all our problems, because it would just be an easy answer to a complicated problem and far to many people want the easy answer. Episode Five in the series perfectly shows this, because here Starlight tells people the hard but good truth yet so many could not accept it and it is only later when her management team edit her speech that people start to support her.

Morality is another big theme in this series, particularly dealing with revenge, Billy Butcher is Ahab in search of his whale. At the end of the series the team are broken and on the run, yet earlier they had a chance to win, but Billy threw it all away because he couldn’t get what he wanted risking his friends and their families for nothing. Even Homelander finds himself driven by revenge, he was the only person to bother looking into the activities of The Boys and he went after them with everything he had, the only difference is he was able to go harder than his opponents.

As villains go Homelander proved to be brilliant and part of that was down to the performance by the brilliant Anthony Starr. His performance was like Man Of Steel meets Donald Trump. He blurs the line between reality and fiction and will do anything to get what he wants, just like many modern politicians. He wraps himself in the American flag to give the illusion of patriotism, he knows people love him and just like two major world leaders, he points out he could do what ever he wants and no one would stop him. But Homelander is a layered character and beneath the bravado and false patriotism, is an angry calculating man, yet beneath him is a broken man who just wants to be loved. 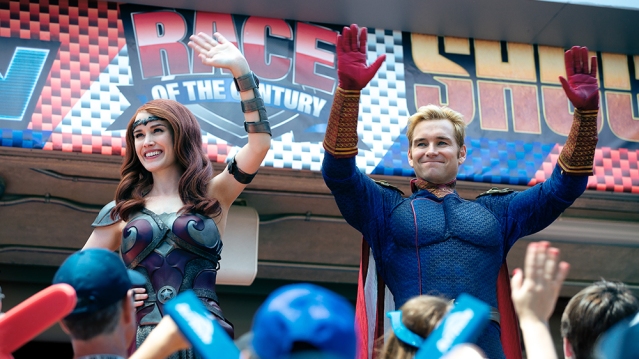 There have been quite a few changes but to me they where worth it, some where for pacing, others where because the world has changed since the initial book came out. With the series now also touching on #Metoo and Black Lives Matter. I know a lot of people will role their eyes at this because you probably just want to watch a show to be entertained but trust me it all adds to this brilliant tapestry and really helps bring it all together.

I was going to use this moment to list off some of my highlights but that would b to much and might I don’t want to spoil to much. All I will say is the apartment fight with A-Train was brilliant and Starlights appearance where she got to kick some ass just looked stunning. 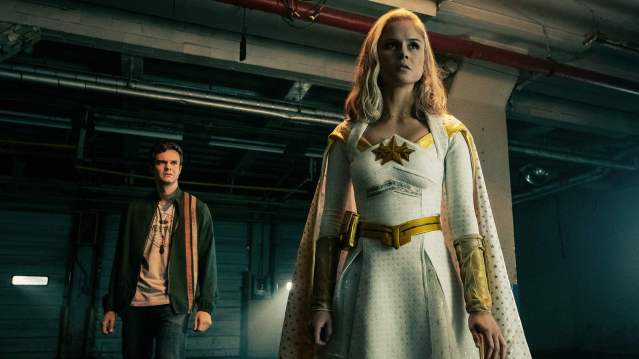 This is a show people should watch and one people need to talk about, it is really wroth your time and easily a 10 out of 10.

I'm sure fans of @kda_music will be rejoicing this week as will the executives over at @riotgames since K/DA have just gone gold.
The very awesome @karenfukuhara has just revealed that she provides the voice for Taco Bells new anime inspired commercials.
This just came up on my timeline.
My Tweets