Marvel Phase 4 – Could Captain Britain Be Next?

If you have not seen Avengers End Game, then please Turn Back.

In End Game there is a scene in the 1970’s where we see Peggy Carter on the phone, apparently in the assisted audio version of the film she says that Bradock has not checked in for a while. Now when pressed on this Joe Russo would go on to say that maybe it is just some guy named Bradock, but still it is to much of an Easter Egg to ignore.

If you are not familiar with Brian Braddock, AKA Captain Britain, well I would not hold that against you, he is not as big as some names and his origins are a little crazy. Brian would grow up living between England and Scotland spending most of his time with his parents and siblings (older brother Jamie and fraternal twin Elizabeth AKA The X-Man known as Psylocke). Later in his life he would work at a nuclear testing facility. One night it would be attacked, fleeing to get help he went off a cliff and died, only to be resurrected by Merlin, it was then that he was offered another gift. He was to choose between the Amulet of Right or the Sword of Might – stating that he was no warrior he rook the Amulet of Right.

This would give flight, superhuman strength and a host of other abilities, allowing him to become Captain Britain.

It is later confirmed in the comics that Brian’s father was also Captain Britain, so perhaps the Braddock Peggy is referring to is the father of an upcoming MCU hero. You could even use this to tie into the Black Knight by having that character discover the Sword of Might and be a sort of Antagonist/ eventual hero. 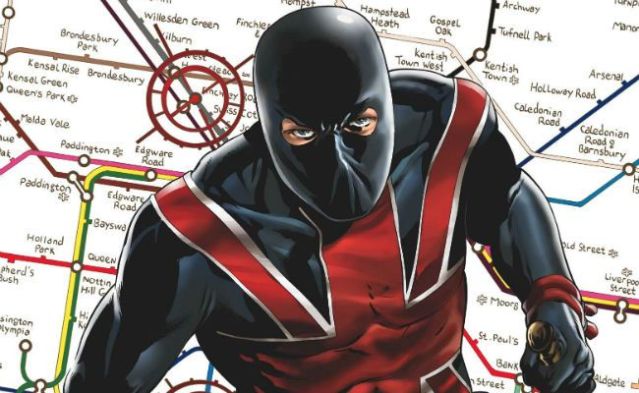 Though if Captain Britain was to be introduced into the MCU I would like it to be the Uk’s response to the Snap. Maybe they want to create their own Avenger, so they recruit the son of the previous Captain Britain and have him trained by The Second Union Jack who is he son of James Montgomery Falsworth – a member of Captain America’s personal unit in the Captain America – The First Avenger film. It would help tie it further into the MCU plus the 2nd Union Jack, also called Brian is a badass SAS styled hero who is openly gay. I kind of picture him like Sean Connery in Highlander, training Braddock ro become a true hero.

This is the film I want to see.