An open letter to those campaigning against the Last Jedi

I created this site to try and look for the positives in things or at least be adjective and approach what I dislike like from a rational stand point. I am a proud nerd I have a great passion for all sorts of literature and entertainment and part of that joy comes from my love of Star Wars. I grew up with Star Wars and these films got me into RPG’s with Knights of the Old Republic, Kurosawa’s classic samurai films, John Williams, space exploration, mysticism and Science Fiction in general. These films mean a lot to me, yes I am probably considered second generation when it comes to being a fan, but for the majority of my 30 plus years on this rock of ours, I have been a fan. So anyone who wants to play the I was there from the start card can go and fuck themselves, I have been there from my start, I have taken abuse from bullies, I have wore the Halloween costumes, I have read the comics, hell I have even watched the Ewok Movies, do not challenge me on this.

So now that I have hopefully proven my nerd cred, at least when it comes to Star Wars. Now to my point I have this to say, to the so called fans that are petitioning to have ‘The Last Jedi” stricken from canon, please for the love of God rethink this decision. I know a lot of you are displeased with the Fates of Luke and Snoke, I know you all expected some epic final duel like in the Empire Strikes back, but every time we have a new Star Wars film we get a fan backlash: 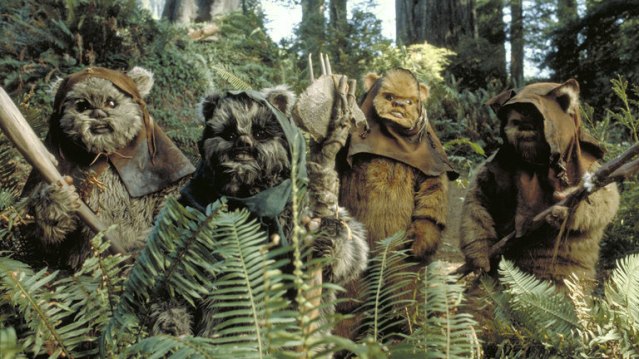 All I am saying is give it time, let the film settle in and maybe re-watch it. Take some information into context, its a stunning film to look at if you don’t mind me saying.

So why all the Hate?

I don’t know why but part of me is happy that I was wrong about many of these things. I am glad that the film kept me guessing and I am glad it never went the way I assumed it would. Yes there are somethings that bothered me and I will discuss them at length in a future article. But in the end this is just a movie, please don’t go out and start protesting over it, this wont make you feel better and the fact that in some ratings its doing worse than Phantom Menace should make anyone kind of suspicious. Do not trust rotten tomatoes or IMDB, trust your feelings, look at this from an unbiased stand point and if you really hate it, do not worry, there will always be more Star Wars. But before you go any further have a look at the image below and in the end MAY THE FORCE BE WITH YOU.

Four Cosplayers came together to create this very unusual, yet kind of inspired take on the infamous Telletubbies.
Nintendo may have shut down one of their biggest fan events, the Smash World Tournament.
A bear gets messed up on cocaine and goes on a killing spree, sign me up I need to see this movie ASAP !!!
My Tweets