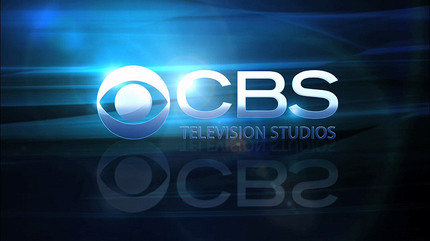 CBS brought a variety of shows to the penultimate presentation of Upfronts week. We got a sneak peek of some crime dramas, comedies, sci-fi and a military show. CBS has a reputation of delivering great promos and thankfully, this year was no different.

What it’s about: Follows a man living in the building he grew up in, sandwiched between his parents’ apartment, 9J and his brother, sister-in-law and their baby’s apartment, 9L.

What we think: I’m struggling with this one. On one hand, the clingy family story has been done to death. And the fact the mother is the most overbearing is really just reinforcing that cliché stereotype. On the other hand, this has a really great cast. Each one of them has a strong comedy background and they could thrive in a show like this. That being said, the promo was a lot less funny than I thought it would be. There were some good moments but overall it seemed to fall a little flat.

Me, Myself and I

What we think: I wasn’t really sure how I was going to feel about this one, but the promo did a great job in setting up the show. Bobby Moynihan and John Larroquette fit really well in the trailer, and I’m confident that they’ll be able to bring the comedy in the series. Interestingly, the promo seemed lighter on the comedy and heavier on the emotion, which worked really well. I am all for not having forced jokes just to try to seem funny. Having the story take place at three different points in the character’s life is a very unique/risky idea, but with the oversaturation of family comedies we have these days, I’m happy for some originality. I am, however, still concerned about how the different time periods thing is going to work. Are they going to suddenly jump between ages with no explanation? Won’t that seem disjointed? If they can solve that problem, it has the potential to be fantastic.

What it’s about: Follows the lives of the most elite unit of Navy SEALS as they train, plan and execute dangerous, high stakes missions.

What we think: Action fans will love this. Even from the first few seconds, we have shootouts, daring stunts, etc. There’s an attempt to balance the action with some heart and it only partly works for the promo. I think we’d need a full length episode to really get to grips with the emotional side of things. On a more positive note, the show benefits from an excellent cast. Although, I have to ask, has David Boreanaz ever taken a vacation? He’s jumped straight from Buffy to Angel to Bones to this. In the promo, he shows why Hollywood keeps casting his as a leading man, giving just the right balance of edge and emotion. Max Thieriot and A.J. Buckley also looked good in their respective roles, but were severely underused. Perhaps this was because so much was going on in the trailer. It felt like they had a lot to cram in so the promo felt a little rushed and disjointed in places. But, at least we know they have a lot of good material to work with. I just think I’ll enjoy seeing it more in the pilot.

What it’s about: Follows the crew of the USS Discovery as they explore new worlds and civilizations.

What we think: I’ll admit I’m not much of a Trekkie. I haven’t seen the original series. I have watched the new films which I enjoyed highly, but I’m not as invested in the franchise as a lot of fans are. That being said, I am very excited for this show. The promo didn’t give too much away, which is unsurprising since it was just over 2 minutes, but it did deliver enough intrigue and entertainment to satisfy. There were so many great elements to the trailer; the well-designed sets, the epic music, the beautiful cinematography, the stunning effects, etc. I could go on. Add that to the fantastic cast (which includes the very capable and captivating Sonequa Martin-Green, James Frain and Michelle Yeoh), and I’m sold.

What it’s about: Inspired by the film of the same name, a S.W.A.T. sergeant is torn between duty to his fellow officer and loyalty to the streets, when he’s tasked to run a specialized tactical unit.

What we think: A very pleasant surprise. I thought I’d be getting just another generic police procedural. Instead, I got a crime drama that is addressing some real issues with actual nuance and depth. There was, of course, the usual tropes of a cop show. Explosions, gunfire, someone jumping over a car in pursuit when they could have just gone around. But it all together felt darker than a lot of other crime shows we’ve been seeing recently. Less cheese, more grit – which I’m a fan of. The community aspect of it helped with this and I’m hoping that it’s a theme throughout the season. Another plus is that the incredibly talented Shemar Moore is playing the main character. We’ve seen what he can do on Criminal Minds, but it’s nice to see him shine in another role. He fits perfectly into the part, and with him leading, CBS might have another winning crime drama on their hands.

Wisdom of the Crowd

What it’s about: A tech innovator creates a cutting edge crowd-sourcing hub to help find out who murdered his daughter, as well as revolutionizing crime solving in the process.

What we think: I’m reluctant to get excited about this because the last time we had a show where an innovative billionaire helped solve crime (last year’s A.P.B.), it crashed and burned. Hopefully this one will be different, as the premise is very interesting and the promo showed a lot of potential. Jeremy Piven makes a great lead, and when you have such talented supporting players like Natalia Tena and Richard T. Jones, you know there’s going to be some superb performances throughout the season. On a side note: can we make Tena’s character a little more exciting or zany? From the promo, she seemed a little flat (not just her, the promo’s first half suffered from this generally), and Tena is anything but. I like that the daughter’s murder appears to be a long running arc, it would seem too simple to have it solved in the pilot. It also elevates it from just another boring procedural and makes me feel like I could actually invest in it.

What it’s about: The Big Bang Theory prequel follows a 9-year-old Sheldon Cooper living with his family in Texas and attending high school.

What we think: First off, we need to give major props to the casting director for this show. Having Zoe Perry, who is the daughter of Laurie Metcalf (who plays Sheldon’s mom in TBBT), as Sheldon’s mother Mary is a genius move. She really captures the essence of her character and what makes her so loveable. The same can be said for Iain Armitage who displays great acting skills in the promo, as Sheldon. Mary and Sheldon’s relationship is the anchor of the series and it really shows in the trailer. Another fascinating aspect of the series is Sheldon’s complicated bond with his dad. The moment when he held his father’s hand was way more emotional than I thought the promo would go. In fact, the whole trailer seemed to focus more on the heart than the humour, which I actually appreciated. There were some funny moments but instead of trying to land a joke per second, they concentrated on character and plot, something a lot of comedies would benefit from doing. As a result, I enjoyed the promo much more than I thought, and am very excited about the pilot.