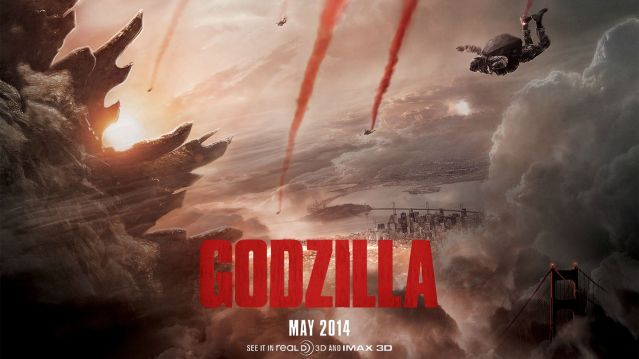 It feels like we had to wait an eternity but it was worth it, Godzilla is back and Long Live The King Of Monsters.

As a film it was an unusual mix of a film that was serious yet had a little summer block buster mixed in with it.  The film is not perfect but it’s still a fantastic watch and before I go on from this point onwards there is going to be a lot of spoilers, so yes be warned. 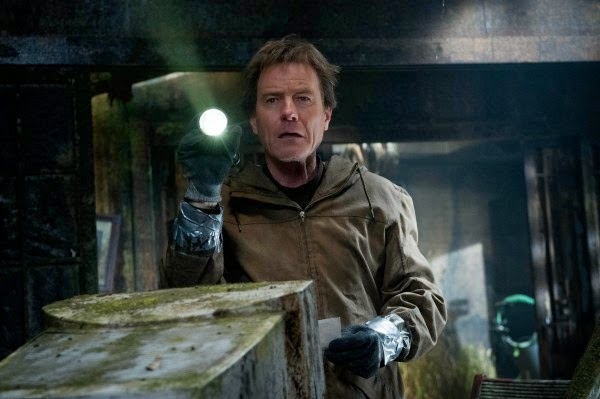 Bryan Cranston was perfect in this film. It’s hard to believe that the guy who played Malcolm’s (Malcolm in the Middle) dad would go so far but he really has proven that he is one of the 2010’s great actors. His range is fantastic and he shows us how he can be aggressive, depressive and driven all at once in this film; yes they kill him off, yes it was a shock when he died but come on it’s not the first time that the biggest star has died in a film, look at Psycho and Deep Blue Sea. I think Godzilla falls somewhere in the gap between these two films. Yes a lot of us would have loved to have seen Walter White go super size and take on Godzilla, but come on, they cant do that. (Hopefully in the sequal)

As for the rest of the cast there have been many complaints about their acting ability. But in my humble opinion, the cast where great. It was the roles they where given, yes there are no small parts, but when you’re competing against giant monsters then size matters. Most of the hate was aimed at Aaron Taylor Johnson and Elizabeth Olsen, which I don’t see why. Yes these characters where typical, 1 dimensional and generic but they played them well, it may not be their best work but still after Cranston’s death it’s hard to follow. I think that’s why he had to die so we could draw more attention to the giant monsters.

My only major complaint is NOT ENOUGH KEN. Here we have a film that stars Ken Watanabe and he is severally under used, now he is great in all his scenes but still he could have done more, though he did have the best line in the entire film with ‘Let them fight!’

Hopefully he will appear in the sequel with an expanded role. It was also nice to see David Strathairn appearing in more pictures, he is a severally under used actor even in this flick.

It may seem weird that I am going to mention this but it needs said. The score is magnificent, it falls somewhere between Jurassic Park and the Dark Knight, with quite a few throw backs to the original scores from the older Godzilla films. It’s powerful, moody and overwhelming, it’s just fantastic and absolutely perfect. Veteran Composer Alexandre Michel Gérard Desplat (The Kings Speach and Harry Potter Series) was chosen for the job and he describes his music as –

Go check it out, you won’t be disappointed as he really had some fun crafting this art work into the soundtrack.

I will sum the film up in 3 parts;

2. A little tedious, but not awful

The middle is the weak spot of this movie. In the beginning Cranston seems to hold everything together single handedly, but that’s just because he is a great actor and you have such a great plot to play with. The end is just a battle to the death between giant monsters and that’s what we came to see so that’s a no brainer. It’s the middle that annoyed a lot of people. It’s here that our human characters keep getting into trouble and things keep going wrong, but in the end if everything went right, the film would be rather dull, this may seem like a cop out but it’s still a fact, stories need conflict, it just happens that giant monsters make people act dumb and cause a lot of conflict.

The design for the Muto’s was unusual and almost unworldly, I loved the use of sexual dimorphism in this species. Making the male smaller than the female and giving them different features, it made for a far more interesting battle at the end. I was annoyed that they did not use a more well known villain to kick off the franchise but then I found myself thinking that would have over loaded the film. Plus there is also the issue of who could you choose. Not only that but how can you make it plausible.

Now Godzilla himself, they pulled it off, they made him look and feel like a true Godzilla. Yes he took his time getting on screen (maybe that’s because he knew he was secretly a Breaking Bad fan and was scared of Walter White, who knows). But the wait was worth it. They saved showing the King until the time was right; you where teased long enough and then he appeared and he was magnificent, still keeping his atomic breath and his bad ass fighting skills plus that amazing roar, he was a sight for sore eyes.

All and all it was an interesting film, it swapped the full on nuclear threat for the threat of meltdown by natural disaster. It kept it modern but not too preachy. It had a great cast who where not used to their full extent, but then again they where not the stars of the movie, the star was the giant lizard. Some say it was slow, I call it a slow burner. The special affects where awesome; the cinematography was brilliant, the scene where they jump from the plane looked beautiful, the scene on the train tracks was tense, the moment that Cranston’s wife died was heart breaking, the film hit many chords and yes it missed a few, but for everyone one it missed one hundred where spot on. It’s a pretty heavy watch but it’s a great watch, it’s not your traditional action film but it’s a great monster film.