Interview with Jeremy Garelick, Writer of The Rebels (2014) TV Series

As a follow up to our review of the Pilot episode to The Rebels (2014)  we interviewed the Writer and Producer Jeremy Garelick. 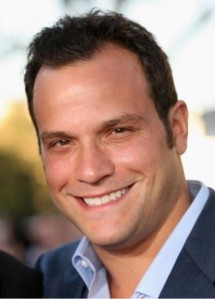 How did you come up with the idea for The Rebels?

“My writing partner and good friend Jon Weinbach was approached by Kevin Iwashina about doing a comedy centering around LA Football. He is a good friend of mine and brilliant writer who I have always wanted to work with, and he approached me and asked if I wanted to do it. So I didn’t come up with the idea, I was merely asked to write it.” 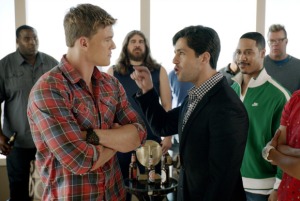 What do you think about Amazon’s method of putting the pilots out there and having the audience as a focus group?

“I think that all depends on whether or not they pick up our pilot. I’m going to reserve the right to not answer that question until I see if they pick up my pilot or not.”

Did the actors, who are established in network television, have reservations about doing shows for this new platform?

“I think everyone is excited; actors, directors, writers, costume designers, for an opportunity to work with such an amazing company like Amazon. They are at the front lines of the wild wild west of the new distribution model in entertainment and content.” 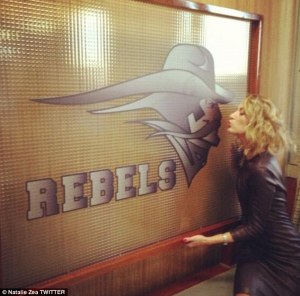 Is there also a sense of greater creative freedom when working with a streaming service?

“I’m not sure about all the streaming services, but in my one experience working with Amazon, they really allowed the filmmakers to be free and be creative and take chances where a network would have probably been more hesitant and conservative. For instance, allowing us to have a monkey with a gun, you know, doing cocaine.”

What do you think separates The Rebels from other comedy shows?

“I think the other comedy shows are much more intellectual where as the Rebels serves as a comedy for the people.” 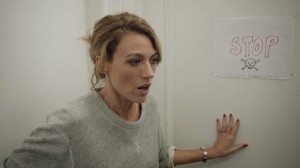 Have you been checking on Amazon to see what viewers have been saying about The Rebels?

“Yes, I have. Not to the point of insanity, but probably once a day.”

How far ahead have you planned, should it go to series? How much do you know about what would happen over a season?

“I think we’ve planned the first season, but we haven’t really gotten into the story much beyond that.”

Do you have any other upcoming projects you’re looking forward to?

“Yes, I have a movie called THE WEDDING RINGER that I wrote and directed coming out Martin Luther King Day starring Kevin Hart, Kaley Cuoco and Josh Gad. Also, another television show that we created and that I directed called GOD BROTHERS staring Miles Fisher and DJ Lubel.” 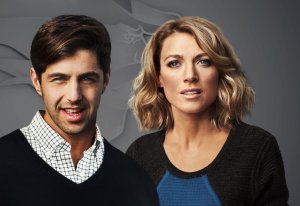 You can view the Pilot  here

Tagged as: Jeremy Garelick, The Rebels

Fun night of #unstableunicorns last night, especially if I am.the clear winner lol
Congratulations to the entire LGBTQ+ Community in Northern Ireland. I'm glad that you can finally treated with the respect that you deserve. This world just got a little better. Let's not let the change stop here ! (Also congratulations to all the divorce lawyers out there about to gain a new revenue stream in the upcoming years)
RIP Neil Peart this world sucks a little bit more now that you have departed it #rush #2112 #record #music