I am a massive fan of what people would refer to as the Indie film, it’s hard to describe what they are but if you have ever watched one you will know what I mean. In the new series Transparent you will defiantly see this style and I have to say it transfers exceptionally well to television and I think we can thank veteran TV writer Jill Soloway (Six Feet Under) for this. I warn you there will be spoilers here.

The series follows a man played exceptionally well by Jeffery Tambor (Arrested Development) who is struggling to come out to his incredibly self absorbed children as a transvestite. We all know Jeffery as Gorge Bluth and he is one of the best comedy actors of all time. In this series he plays someone living a lie who just wants to tell those closest to him the truth but cant, something everyone can relate to. We all yearn to be Transparent with each other and this is a series that has great potential to show that. It’s shot in a way that will make you think you’re right in the room with the characters, or walking just behind them. The body language and facial expressions tell you as much as the dialogue. This is a story about people who have boundaries in the weirdest places, they are way too close in some ways and far too distant in others. Transparent is a little haunting, but its also very subtle and beautiful which is a rare occurrence in a television show. 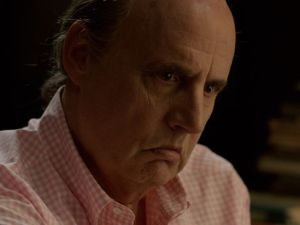 This is a show that will challenge its viewers, it’s not going to be simple but it’s going to be great. For the past ten years homosexuality has become more and more prevalent on television with gay and lesbian cast members being more frequent, it has helped normalize it in the minds of the general public and I can only hope that this series will help defuse many of the myths with Trans people and let the public see them for the brave men and women they are.

Check out our response to The Times review of @babymetal_official we think it needed said especial if it is obvious that The Times have a bias towards non western musical acts. LINK IN BIO #babymetal #metal #review
Anyone else checked out the cinema at @theofficialselfridges yet? If your into movies this place is really worth checking out. Great screens, lively chairs, gorgeous atmosphere, tables, trey bakes, delicious snacks and alcohol. Very good for the diehard film nerd. We just saw #parasite there and it was worth it.
Thanks again @imogenjones16 for getting us cocktails for breakfast #cocktails #daydrinking