The panel was hosted by local director Brian Henry Martin, who asked about the creative process behind bringing the series to the screen. There was also an opportunity for audience members to put questions to the panel in a Q&A session.

The Fall is a psychological thriller set in Belfast, starring Gillian Anderson and Jamie Dornan. The first series was shown on BBC2 in May 2013, receiving critical acclaim and breaking records for audience viewing figures. The second series is currently in pre-production and will start shooting on location in Belfast in February 2014.

Since season 2 hasn’t even begun filming yet, it was highly doubtful we would get much related to that season from the panel.  One of the things that were mentioned about season 2 was that it will keep you guessing so you don’t automatically know what’s happening next. They also hoped that season 2 would restore people’s faith and what their intention was which was that this is not a serial killer drama. It was a continuously running story that was also continually complex.

Allan said the story would take at least 12 hours to tell and that they aim to conclude the story in season 2 the way they originally intended. Season 1 was only 5 episodes as that’s how many episodes they were told by the commissioner that they could have.

This is what Allan had to say about his writing process “If it’s a moving scene I should be crying when I write it otherwise it’s no good.”

Allan mentioned that as a Grief Counsellor, Paul feeds of other people’s grief as he doesn’t feel it himself, it’s almost vampire like.

He also said he didn’t want to put someone in the series that would put on an accent, it had to be authentic. It’s great to hear that since there is a lot of great local talent.

The audition for Paul’s character was the scene with the boy on the stairs.  Everyone knew about Jamie’s lack of acting experience but he knew right away what the scene was about. Everyone over acted expect for Jamie.

Producer Gub revealed he wasn’t sure if Jamie was right for the job but as long as Allan could see it, he was OK with it since it was a risk project.

I’m glad they all stuck by Jamie as no one could imagine anyone else for the part of Paul Spector. 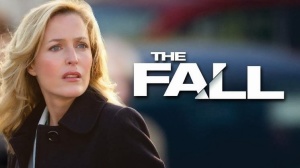 They created Stella’s female character to be able to explore the gender politics. Stella’s character allows the audience to be eased into the politics and sociology of Belfast. There isn’t much information given about Stella’s character in Season one, however that could all change in season two.

Room 203 at Hilton Belfast is now known as the Stella Suite, if you wish to book it you will be added to a very long waiting list since it’s fully booked this year.

Lastly it was interesting when Allan mentioned all the characters are named after guitars since it never occurred to me until he mentioned it for example Stella Gibson and Paul Spector.