While the majority of Planet Earth sits in awe of the Football World Cup Team U.S.A took a decisive victory at the Quidditch world cup. Happening over the Weekend in Florence the tournament also included:

(Check out New Zealand they perform the Haka right before they play, 3hrs 16mins into the video) 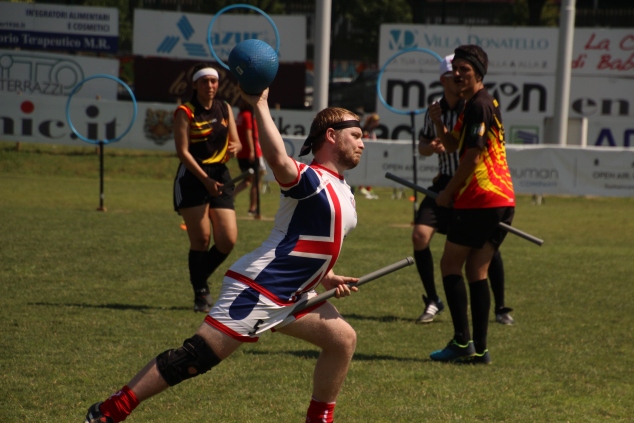 As you can see this truly was a World Cup. In previous years it has been held in  Oxford, UK; Burnaby, Canada; and Frankfurt, Germany, though I highly doubt anyone would be complaining about the Florence location. Held over 4 days the 29 teams had to battle it out for a coveted spot in the finals that would see American defeat Belgium, also leaving the U.K in 4th place 😦

Initially the USA were leading with thirty points before Belgium called for timeout. Afterwards Belgium built a swift lead with aggressive chasers, until the USA caught the snitch when they had 90 points against Belgium’s 70. As the snitch catch rewards 30 points and ends the game, the USA won.

“The match between the USA and Belgium was fantastic to watch as it represents the best quality play of our sport,” Rebecca Alley, the Executive Director of the International Quidditch Association, said. “From two small teams in America in 2005, the sport has blossomed into 29 countries who are both competing and united. Here’s to another two years of growth, development, and great sportsmanship.” 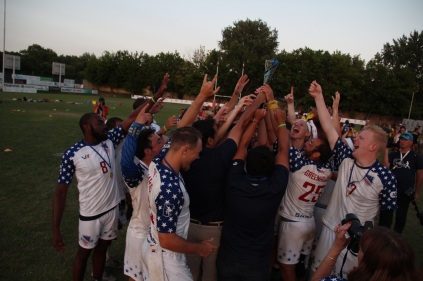 Its nice in this divisive day and age to see people from all over the world coming together to play this sport, it really helps warm the heart. Not only that but the game is extremely inclusive and is designed for any gender to play together, which is refreshing and very progressive.

If your wondering how the game is played then please see below:

A quidditch team consists of 21 athletes with seven players per team on the field at any one time. Each player has a broom between their legs. The four-maximum rule of quidditch states that at most there can be four players of the same gender on pitch at one time. This ensures that the game is mixed gender and inclusive to all.

Players can be one of four positions:

●        Keepers – Guard the hoops from opposing chasers and become a fourth chaser on offense.

●        Chasers – Throw the quaffle through the opposite team’s hoops to score goals worth 10 points.

●        Beaters -Throw bludgers at the opposing team to ‘knock them out’ and make them return to hoops.

A team of seven will have one keeper, three chasers, two beaters and one seeker. A game of quidditch involves three types of balls:

●        The Quaffle – a semi-deflated volleyball thrown through the hoops by chasers and keepers.

●        Bludgers – dodgeballs thrown at other players by beaters. There are three bludgers on the pitch.

●        The Snitch – a sock with a tennis ball in it, attached to the snitch runner’s shorts. When caught by either team’s seeker, the game ends