Soaring onto the pages of the latest DC Rebirth comic book series is Kara Zor-El otherwise known as the sublime Supergirl.

The first issue in Supergirl’s rebirth comics are taking a flashy, intriguing and at times moving approach that is going to keep the series fresh. DC have been smart and have worked in aspects from the current TV series into the comics, this helps lend a little credibility to both formats and will help cement both in their respective canons. Supergirl rebirth follows on from where the other Superman titles have taken us, Superman is dead and the world needs the S more than ever. Kara is still new to Earth and wanting to fill the void left by her cousins untimely death chooses to side with the D.E.O and work with Earth’s governments to help bring back the security that a world without Superman has given us. Operating with the D.E.O has its rewards and drawbacks, Kara cannot do whatever she pleases which is a major negative but on the positive side she has been assigned to handlers to work as her parents and her infamous secret identity of Kara Danvers. 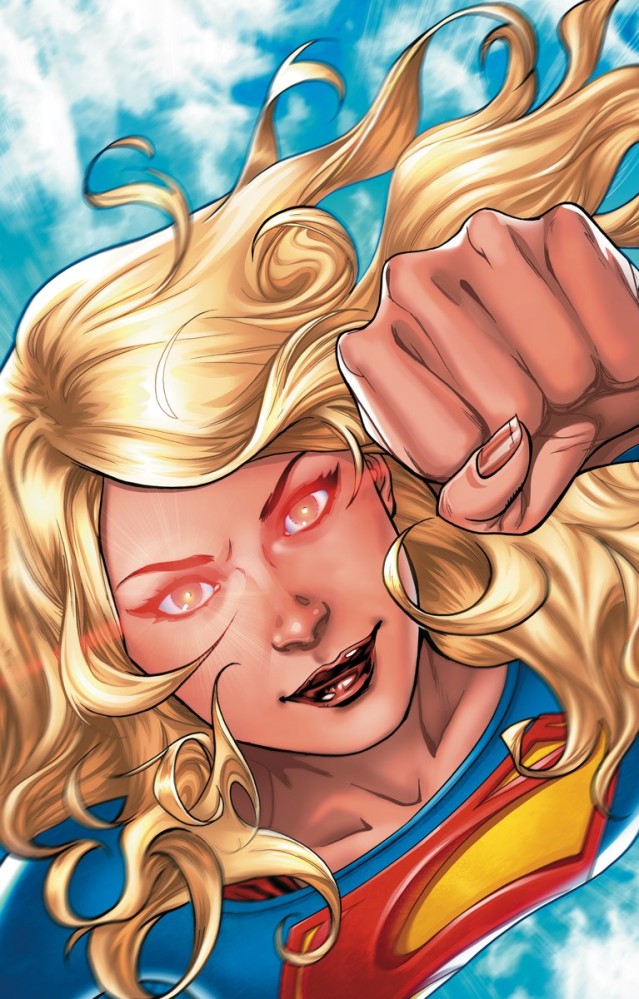 This is the beauty of the Supergirl series, unlike her cousin she was never of this world, she ended up here years later but still chooses to fight for Earth. She is a fish out of water stuck on a primitive world with primitive technology but she makes do as best she can. All the while fighting with what appears to be a Kryptonian werewolf. Unlike other heroes she isn’t so intense and tries to reason problems away with logic and talk her foes down, I think Clark would have been proud. I am also loving the current costume as they have kept some of the original look but managed to update it keeping it both feminine and empowering. It looks more like the TV show one but only brighter, which really helps in comic book form.

A great start to one of my all time favorite characters and I’m glad to see her back and in her own series, looks like this one is going to be a real treat to read.

Supergirl: Rebirth #1 is available to buy from today by clicking here or by visiting your local comic book retailer.