Is Warner Bros & DC Entertainment working on an all female cast spinoff film?

Suicide Squad doesn’t even open in cinemas until August but already it seems Warner Bros, DC Entertainment and Margot Robbie are already in talks on a possible spinoff film featuring her character from Suicide Squad Harley Quinn. However the film wouldn’t be a solo film to focus on the character of Harley Quinn but rather the female heroes and villains who feature in DC Comics.It’s great to hear that the studios are finally going to make female led superhero/supervillain films. As much as I loved Batman in The Dark Knight Trilogy and yes even Batman in Batman Vs Superman as I thought Ben Affleck did a great job, it’d be great to see Batgirl and Harley Quinn have their own film. Could it be thanks to the unexpected success of Deadpool that Warner Bros is even complementing about a spinoff film featuring Harley Quinn? After all they are both hugely popular characters with fans and they both break the fourth wall, in fact was there ever a convention you attended where at least someone was dressed as Deadpool or Harley Quinn? 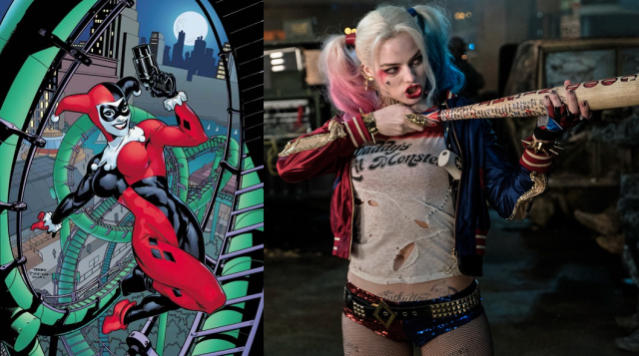 Apparently when Margot Robbie was cast in the movie Suicide Squad, she dove deep into the comics to learn as much as possible about the character Harley Quinn. In the process, she became fascinated by the female heroes and villains featured in DC Comics and came up with the idea for a spinoff movie. Margot Robbie also found a female writer to help develop the spinoff project. As of yet there is very little known about this film as it’s not set in stone yet by Warner Bros, it’s pure speculation at this point as to what it could be about, which characters which feature in it and who else would be cast in it apart from Margot Robbie?

Could it be that this spinoff film would be officially confirmed with a panel at San Diego Comic-Con International this July, 2016 once they have concluded their talks and signed contracts? But they may also want to hold off until they see how Suicide Squad performs at the Box Office. Only time will tell but I sincerely hope that this film does happen so I’m keeping my fingers crossed.