10 Actors We Think Would Be Perfect For Spiderman

The geek world is in a frenzy and it’s all Spiderman’s fault. Yes, he’s back…again. Sony and Marvel Studios have just announced that the web swinger will appear in the Marvel Cinematic Universe. Spiderman is first set to make a crossover appearance in one of Marvel’s other superhero films, most are guessing Captain America: Civil War which will hit cinemas in May 2016. He will then be seen in a solo film which will be released in July 2017. 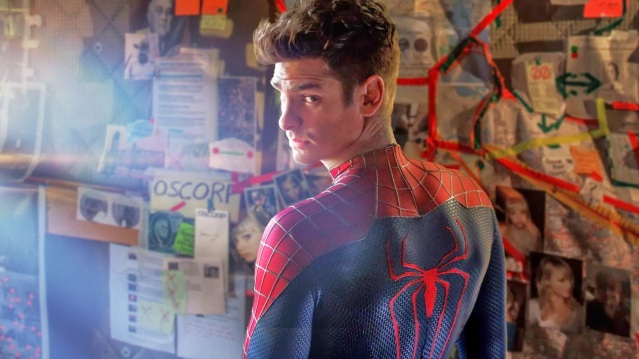 Initial reports are saying that Andrew Garfield has been axed from the franchise and a younger actor is being sought to play the superhero. Sources are saying that Spidey will be going back to high school and that the film will explore his relationships with other students, which would perhaps explain dropping 31 year old Garfield from the film. 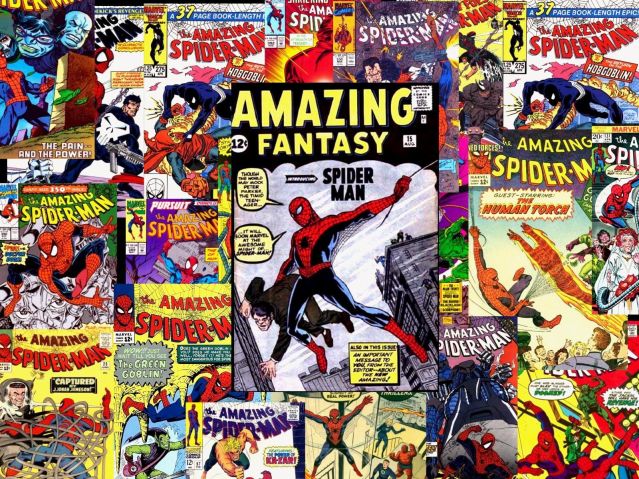 The other big question on everyone’s mind is what version of Spiderman will it be? With 2 Peter Parker centred series in the last 15 years many are calling for fresh blood in the form of Miles Morales. If that’s the case then Donald Glover, who was an inspiration for Morales, will surely be the favourite to take the role. Although, actors such as Alfred Enoch and John Boyega could present him with some stiff competition. However, most are speculating that Peter Parker will be the subject of reboot. So who will play him? At the moment 2 names seem to be dominating news reports. Although yet to be confirmed, Logan Lerman and Dylan O’Brien are strongly being considered for the role. O’Brien had a very good 2014. His show Teen Wolf entered its 4th season and he was the lead in the very successful Maze Runner. Lerman most known for playing the titular role in the Percy Jackson film series also had a great year, starring in massive blockbusters Noah and Fury. Personally I think both are excellent candidates for Spiderman. Not only do they look the right age for the part, they also have the acting skills to pull it off.  However there are a lot of other actors out there that we think could be brilliant in the role. Here’s our top 10.

Despite being 28, Peters could definitely pass for a high school student. He also has some serious acting chops. If you haven’t seen his work, go check out American Horror Story immediately. Peters is interesting because I think he could really bring out that emotional side of Peter Parker. He also has that level of intensity which will captivate audiences.  However there is the little issue that he is starring in the X-Men films as Quicksilver. But hey, Chris Evans went from playing the Human Torch to Captain America so I guess it’s not impossible.

Radcliffe will surely bring in a ton of moviegoers if he puts on the Spiderman mask. But will the audience really be able to separate him from Harry Potter? While he certainly fits the role I can’t help thinking I’d spend the whole time wondering where Hermione and Ron were. Harry Potter in a serious drama? Sure, I can believe it. Harry Potter in a superhero film? Less convinced. However if we can get past that he really would make an excellent Peter Parker. He totally has that whole cute geek thing down and I’d love to see what he would do with the part. 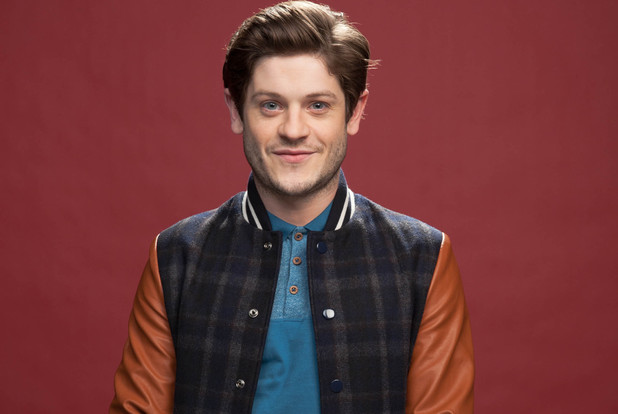 At 29, only 2 years younger than Garfield, Rheon could be considered too old to play Spiderman. However he looks much younger and I’m pretty sure he could pull off being a student. I mean they do it on Glee all the time, right? The most important thing to note about Rheon is what an incredible actor he is. The man has an Olivier award! Most recently you can see him let out his inner psycho in Game of Thrones. But if you want to see him in a role closer to Peter Parker, his performance as Simon in Misfits may just convince you of his abilities. This is a man who could really capture the vulnerability and depth of Peter. 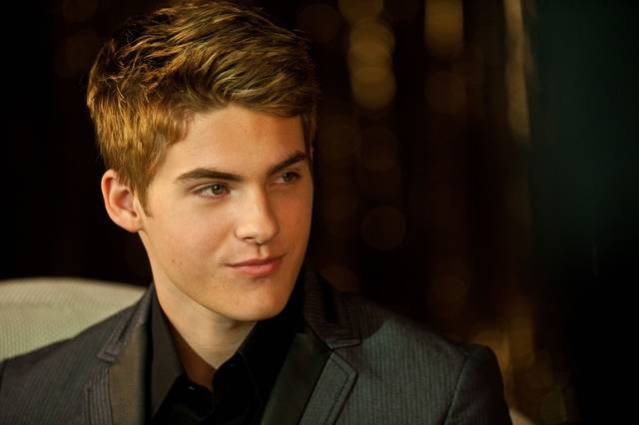 At 19 Christian is the person on this list closest to the age that Peter Parker would be. Added bonus, he looks it. If you search him on Google you’ll see that in certain pictures he looks a little bit like a younger Andrew Garfield…..with really big muscles. So he’s definitely got the look but what about experience? Well for the past few years he’s been playing Aria’s little brother on Pretty Little Liars and it’s just been announced that he’ll be joining the cast of Teen Wolf so he’ll definitely bring in the tween audience.

Ok so this one is probably a no go. But I did think he was worth mentioning. He’s 25 which in Hollywood means it’s totally acceptable for him to play a high school kid. Plus he’s used to playing a superhero. Then again that will probably be the thing that means he’s not even considered for the role. In case you didn’t know Gustin is currently playing the titular character on the television show The Flash. The Flash has been very successful and I don’t see it getting cancelled anytime soon, meaning Gustin’s schedule is pretty full. Also there’s that little problem that The Flash is DC and Spiderman is Marvel. It’d be like crossing enemy lines. There’s basically no chance but I can’t help think he’d be great in the role. 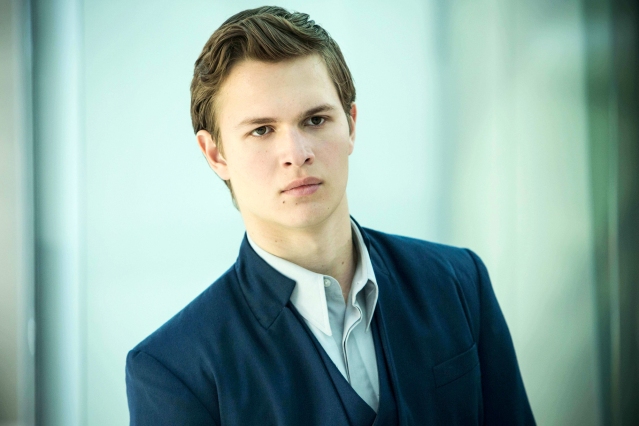 It’s been a massive couple of years for Elgort. Not only did he star in the Carrie remake, he has a reoccurring part in the Divergent film series and most recently he stole the hearts of thousands of teenagers around the world due to his work in The Fault in Our Stars. So what better way to cement his success than to star in a superhero film? At 20 he’s the perfect playing age for Peter Parker and he’s already proven he can deliver in both action and dramatic films. If I had to place a bet on one person from this list getting an audition, my money would be on Elgort.

Another Game of Thrones alum, Dempsie could make an amazing Peter Parker. He’s starred in numerous television shows over the years but has yet to really make it big in the film market. That’s not to say he doesn’t have the talent, he’s proven himself to be an excellent performer time and time again in both comedy and drama. I think that Dempsie would bring something a little different to Spiderman which would be interesting to watch.

If they want a big name to play Spiderman then surely Hutcherson is the guy. He’s just completed one of the most popular movie franchises in history so he’s probably looking for another to star in. Also in The Hunger Games he showed us that he’s more than capable of being able to act both vulnerable and kickass, something necessary for Spiderman. An added bonus: he’s totally got the right look for Peter Parker. The more and more I think about Hutcherson playing the role, the more perfect a fit it seems.

Despite being 22, Kress probably looks like the youngest person on this list. We interviewed him and can safely say he could pass for 16. He also has a lot of enthusiasm and is a self confessed geek. So I know he’d bring a lot of passion to the role of Spiderman. Last year he had a starring role in blockbuster film Into the Storm so he’s no stranger to action movies. The only problem Kress may face is his height- at 5ft6 producers may be reluctant to cast him. But hey, camera angles can work wonders these days so why not?

Bostick has the same winning combination that Lerman and O’Brien have. Looks right for the part and also has the talent to back it up. The one thing he doesn’t have in common with Lerman/O’Brien; he hasn’t been a lead in a major blockbuster. I guess it will all depend on whether producers want a prominent actor in the role or are happy to go with an unknown. Of course that’s not to say Bostick doesn’t have plenty of experience (check out his IMDB), in fact he’s currently starring on The 100. But will it be enough to earn him an audition? Hopefully, as out of everybody on this list, he’s probably the most perfect fit.