Back in 2013, Mayamada released Samurai Chef Volume 1. The story follows a cooking show set in a fantasy television network with an all-animal cast.

It all begins as a simple cooking competition, but becomes something else when the food is turned into food monsters. In Samurai Chef Volume 2 more elite chefs have joined the battle with their own food monsters cooked to perfection. Is the Samurai Chef ready for the fight to come?

Currently Mayamada has relaunched a kickstarter to raise funds to cover printing costs for the combined edition of Samurai Chef containing volumes 1 and 2, which will be released in November 2014.

The book will be a 150-page graphic novel printed on high quality paper with a beautiful 300GSM silk stock cover and a perfect bound spine.

To find out more about one of the creators behind Samurai Chef, Nigel, we took time from his hectic schedule for an interview.

When it comes to making manga, how important is it to consume creative works outside of the medium?

To me it’s essential to coming up with new and interesting ideas. You run the risk of limiting yourself if you’re only exposed to one medium. Manga is just another way of telling a story and there are so many ways you can learn from and adapt to produce your own original work.

The idea for Samurai Chef came from watching shows on the Food Network, our Hot Lunch show was inspired by a book series I was reading at the time. When it comes to producing any creative work, it’s important to look outside your particular field for inspiration and new ideas to keep things interesting.

What do you consider your accomplishments in your creative career so far?

The accomplishment I’m most grateful for is producing the Samurai Chef Volume 1 book. It was our first printed book and a great learning experience. 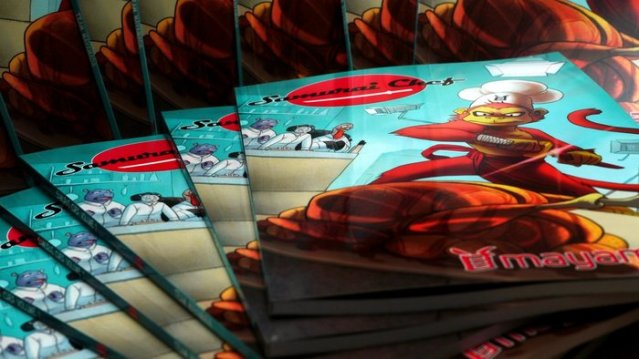 Not only did we learn from writing the book, but from managing the process of turning it into a real product that our fans were happy with as well as ourselves.

Seeing our comic covered in the biggest UK anime magazine was a big accomplishment too. It’s no real surprise that we liked our own book, but when a major publication runs a feature on it, we know that we’ve done something right.

What is it that you love about your favorite manga?

My favourite manga is the Lupin III series. Lupin is witty and a bit of a rascal but at the same time really good at what he does. The books are short and fast paced which is great for me because it means I have enough time to finish them!

What’s the future of manga in your opinion?

I can certainly see new tools out now helping to democratise the creation process. Crowdfunding platforms are really what helped us get our start and we’ve met other creators who want to do a similar thing.

Anime and manga as a whole, while still not mainstream, are growing in popularity in the west and that will see more people looking to create their own stories using the style.

Combine that with tools like Kickstarter, Indiegogo and Patreon and I see a growing number of smaller, independent creators producing quality comic and manga work on this side of the globe.

Who is your book aimed at, and how will you achieve this?

The Samurai Chef book is an all-ages title so it’s suitable for a younger audience as well as more regular manga reader interested in reading original manga, something a little different from the usual titles.

Our aim is to make quality books that people want to read and talk about then do our best to make sure they know about them. Whether it’s through social media, going to conventions or visiting schools to talk about them.

What forthcoming manga are you most looking forward to in 2014/2015?

It’s a shame but working on a business doesn’t leave a lot of time to read a lot outside of that.

The manga I’m most looking forward to is actually our own 🙂 For over a year we’ve been working on the stories for the other shows to follow Samurai Chef; 11th Hour, Hot Lunch and Serious. We’re really excited to release more manga books and I’m looking forward to that more than anything.

Who is your favorite character out of all the works you’ve done?

My favourite character is Taishi from the Hot Lunch story which will be out in 2015. He’s the leader of a crew of thieves who are on a mission to bring down a shadowy cabal of elite chefs.

I like the ambition and determination that he shows throughout the story…and he also looks good in a suit!

How long do you think it takes to complete an entire manga book?

It can be hard to tell because some stories we’re working on a little bit at a time in the background.

But as an example, the first Samurai Chef book took a few months to write and it was another couple months to do volume 2. The artwork for both adds around 6 months on top of that. So when it’s all done we will have worked on the entire Samurai Chef story for about a year!

What challenges do you face when creating a manga?

The specific challenge to us is balancing time between writing our stories, managing the fashion side of the brand and time taken to deal with the admin side of a business.

There are only so many hours in a day and it can be a lot to manage at times as one project inevitably takes time away from another. Managing that to make sure a manga book gets finished is an ongoing challenge.

Now off the manga topic, what are you doing differently this time to relaunch your kickstarter project?

We’re doing a few things differently this time to make sure we have successful Kickstarter second time around. We’ve lowered our funding goal and have also simplified the rewards so it will be easier for backers to choose the best one for them.

Another change big change is to go with a more informational video. Hopefully this will leave people with a clearer idea of what the project is for.

You can check out their kickstarter for Complete Samurai Chef Print Edition here or by clicking on the image below. 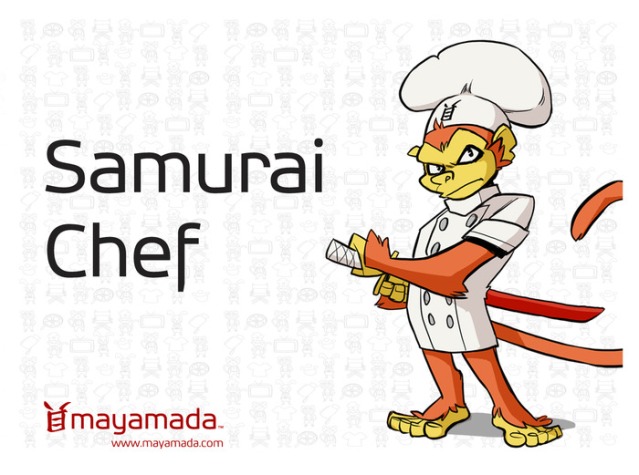 To find out more about the company Mayamada check out their official website or by clicking on the image below. 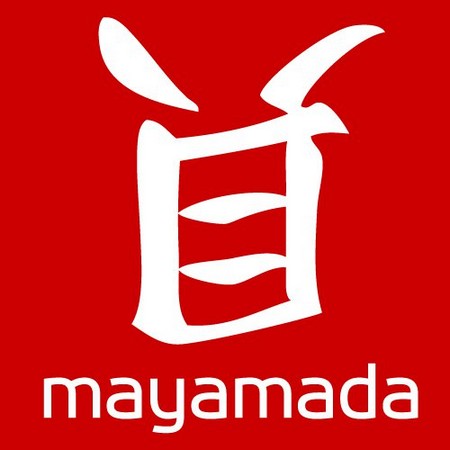