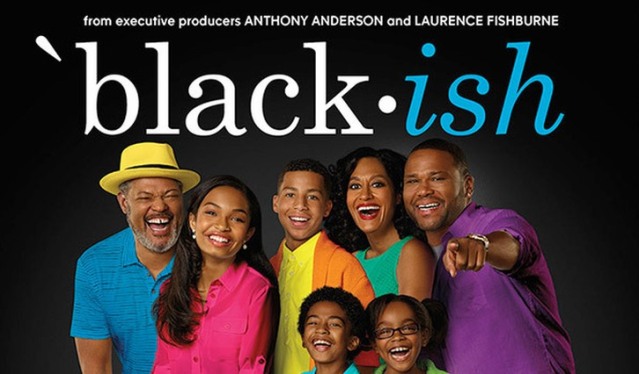 The first comedy to debut this fall was ABC’s Black-ish. Black-ish centres on Andre (played by Anthony Anderson), the patriarch of a middle class family worried that his children are losing (his idea of) what it means to be black. Adding to that are the problems he faces being a black man in a predominantly white corporate company.

If you’ve read my promo review for this, you’ll know that I didn’t rate it that highly. There are a lot of comedies premiering this year and from the promo this wasn’t one of the stronger ones. However the pilot improved on the comedy level, and I found myself laughing out loud at several points during the show. What’s great is that you’d think that all the funny moments would come from Anderson, a well known comic, but in fact the entire cast shows their comedic ability. 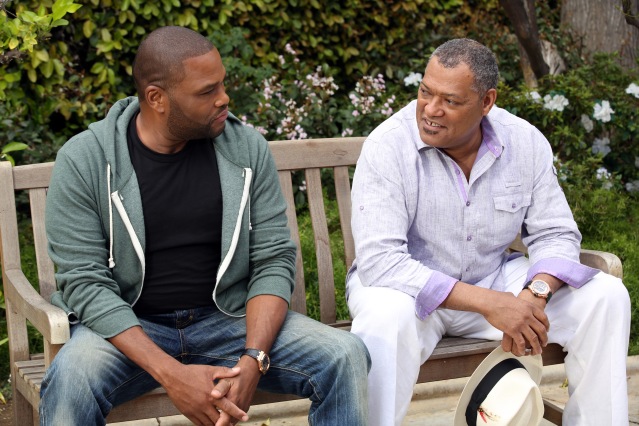 The most surprising comic is Laurence Fishburne, an amazing actor known for his more serious roles. However in this he manages to steal every scene with his dry wit and sarcastic tone. He even managed to make the more serious scenes light hearted and witty. His relationship with his son is also an interesting twist to the show, as its obvious there’s some tension there. I hope that this is explored in future episodes as it could add another, more serious layer to the show.

The child actors are also great, especially the two youngest. They show incredible talent for such a young age. What I particularly loved about them in this episode was that they could see past the colour of skin, as children so innocently can. It was interesting that the two youngest characters showed in a way the most maturity. They seemed to have the best attitude towards race and culture; perhaps we could all learn something from them.

The voice of reason came in the form of Andre’s wife, Rainbow (Tracee Ellis Ross). She frequently had to talk Andre out of his crazy ideas and rants, and stick up for her children. Ross did an amazing job as the matriarch of the family, coming across as strong yet caring in the face of her husband’s sometimes ridiculous behaviour. However I do feel that in some scenes she was made to feel less important because she was mixed race. The scene where Andre berates her for being bi-racial and says she’s not really technically black was actually quite uncomfortable. I myself am mixed race and can honestly say I found the scene slightly offensive. The discussion about the colour of her skin or how black she really is, wasn’t necessary in the scene and nor should it be. In fact it was quite hypocritical of Andre, who was complaining about this “us and them” issue at work and there he was doing the same thing to his wife. Of course, I’m sure that neither the writers nor actors intended it come across that way, but to me, personally, it did. Perhaps that’s something they can consider in forthcoming episodes.

This leads on to the other problem with Black-ish. Andre’s character alternates between likeable and downright annoying. Yes, by the end of the episode he realises he has acted a bit melodramatically and he makes up for his actions by throwing his son a “bro-mitzvah” but is that enough to excuse his previous behaviour? It was almost like it was two separate characters, one being whiny and rude to his family and the other being a kind hearted and fun man who loves his family more than anything. While everyone has both their good and bad sides, this seemed too exaggerated. Of course this may be just for the pilot, setting up the issues that Andre has and pushing it to the farthest point possible but if Andre is like this every week, it may be hard for the audience to relate to or even like him. Even from the pilot I wasn’t sure if the writers wanted us to agree or disagree with Andre’s point of view. That’s not to say Anderson doesn’t do a great job in the role. One of the first scenes he did when he kissed his son was my favourite as it shows how much he cares for his family. These, more emotional types of scenes, Anderson excels at. Plus we already know he’s hilarious from his previous work.

The subject matter of the show is probably one of the most interesting in the fall line-up. What’s more interesting is that anyone, of any race, religion or ideology can relate to it. A lot of people progress through life, and along the way can lose their cultural identity. Andre wants to make sure his children don’t, he wants to make sure they know where they come from. He doesn’t execute it in the best way, perhaps it would be better to educate them about black culture and history rather than nagging his son to play basketball, but his heart is in the right place. It will be interesting to see how much the show focuses on the cultural issues in future episodes. But even without them the show is a great family comedy.