The Dirties is a modern take on bullying. Anyone who has been bullied knows the pain it causes and this will lead to anger. To be bullied for just being yourself is one of the most aggravating experiences anyone can face. It can lead to death, people have killed themselves over it and others have snapped and killed over it. This film deals with the latter.

The movie is filmed entirely on hand held cameras, reminiscent of films like Monsters and Chronicle. However, unlike those films, this deals with an all too real situation in an all too real fashion. Two best friends make a movie as a high school project about killing the school bullies but after it’s heavily edited they (the protagonists) discuss actually killing the bullies on film. 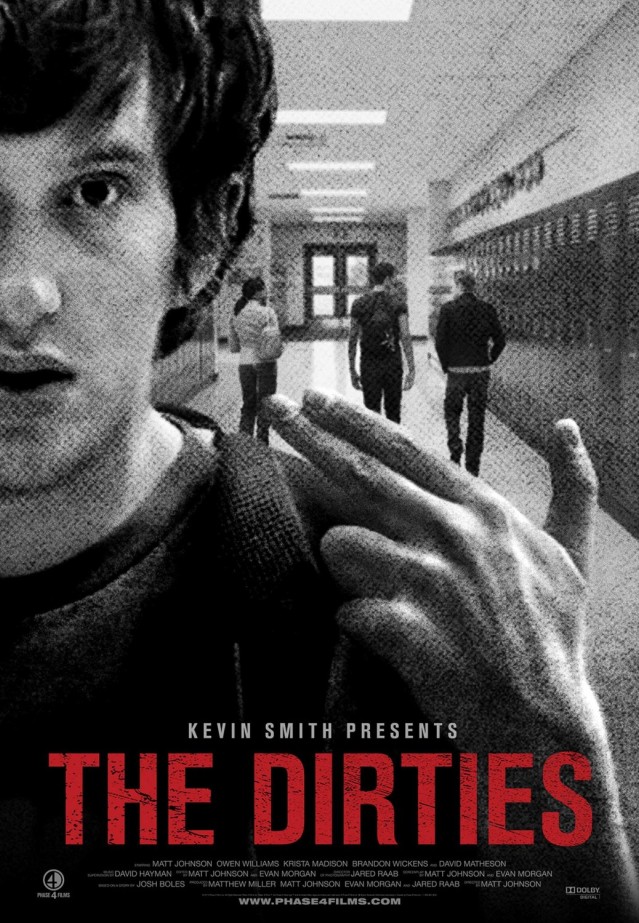 You watch the relationship between these two boys alter and develop through the eyes of their cameraman and sometimes themselves. It’s a very personal film and its realism helps really make it work. Its two young stars are phenomenal  and they play off each other so well, in fact, with other people coming in and out of the film you really only need them. As the main two characters are massive movie buffs, one more than the other, the film is packed full of references to The Goonies, Pulp Fiction, Back to the Future and The Dark Knight Rises, but to name a few. The posters, the dialogue and even their filming choices are all a nod to movies they love and thus it’s a real visual treat in that respect. 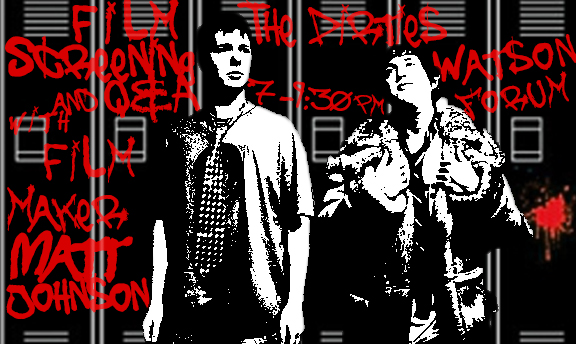 To cap off (no pun intended) this review, I will say this; in every film music choice is important. The wrong music can break a movie and, fortunately, in this case, the right choices where made over and over again. So, in all, watch this film, enjoy it and realise that without Kevin Smith’s film foundation this would never exist. It’s a great piece of art that you can really see a part of yourself in and, in the end, the ability to relate to this picture is what makes it so brilliant and possibly a film every teenager should see.

The Dirties will be screening as part of The Belfast Film Festival on Tuesday 1st April, 7pm at QFT

Tagged as: Kevin Smith, The Dirties

What where your thoughts on the newest episode of Falcon and The Winter Soldier?
Back in 1997 I was so addicted to the original and I am kind of excited to see this remake.
It looks like @cbstv may have made a miscalculation cancelling @macgyvercbs because the fans are out in force looking to save the show. For more information and a chance to see our interview with @lucastill check the link in our bio. Or just head to Nerdgeist.com