As any not so self respecting player of the sci-fi and fantasy genre I have at one time thought, ‘God I would love to be a wizard’ (go ahead make your jokes about always disappearing with a poof ha ha, I have heard them all before).The idea of being able to summon creatures to battle along side me, shoot balls of fire from my hands and generally just be a badass, it all appealed to me, c’mon who doesn’t want that power. So when my good friend told me about the game Mage Wars I had to see, my interest was tweaked and I wanted to know more. 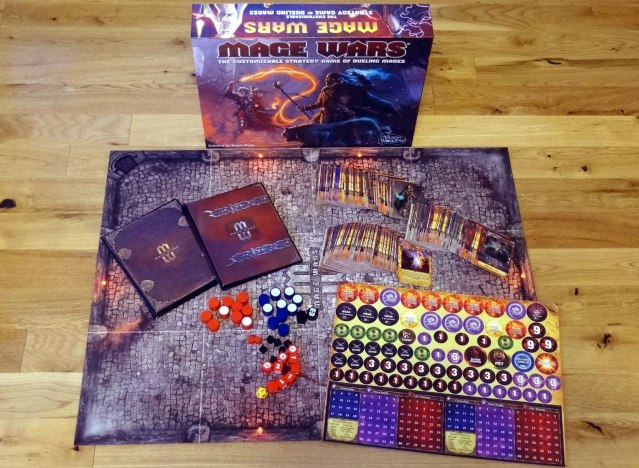 In Mage Wars you and your friend (opponent) play the part of 2 wizards on opposite sides of a dungeon, it doesn’t have to be but lets just keep it simple, as you make your way towards each other you summon weapons, armour and minions to aid you against the spells your opponent will cast. Now this game is part table-top, part Living Card Game,its a healthy fun mix of both. Now since you have all these cards to shuffle through the creators of the game supply you with a spell book, this is a standard card holding book, with a nicely done up cover. Its a great touch and helps you feel a little more magical, plus the practicality of the spell book cannot be denied. 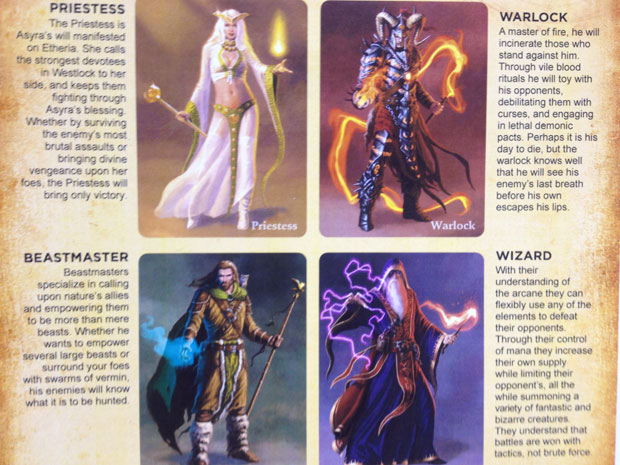 Through other expansions you can get 4 more playable characters and also rules to allow more players. The great thing about this game is the simplicity, Its very easy to pick up and the rules even tell you not to repeatledy consult them. 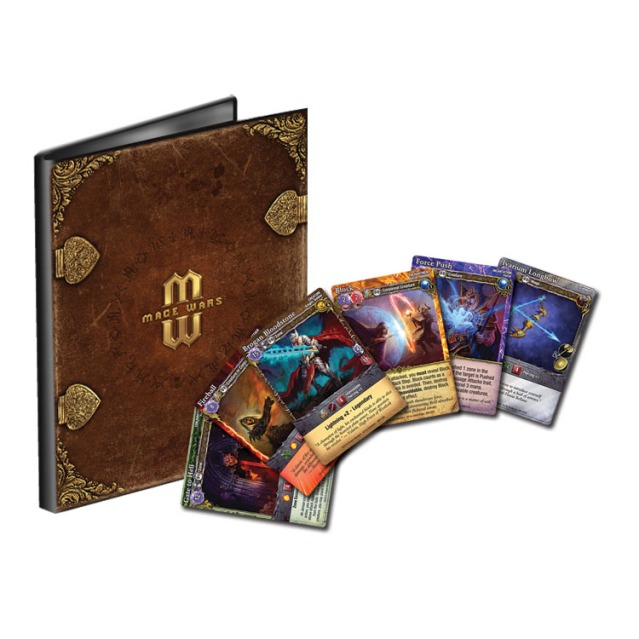 If your bored and have a 90 minutes to spare this game will make the time fly by, seriously its quick and fun to pick up. So to sum it up, wizards, warlocks and the such battling it out in an arena with great art work and your own personal customizable spell book, what more can you ask for? I advise it to anyone looking to get into the boardgame genre.