Avengers Arena…. A Battle Royale I can enjoy

So a few weeks back I was very close to throwing two teens out the window of Forbidden Planet in Belfast. You’re asking, oh what did they do now, where they racist or where they yelling vulgar things around the shop, no to both of these, it was just plain ignorance. They were looking at Avengers Arena and saying it’s just like Hunger Games but with super heroes.

As you can see from the picture above it’s actually more like Battle Royale but with super powered teens (sadly lacking awesome Japanese Rap from the credits). So why did I pick up the issues?

Well I love Battle Royale and I’m a huge Runaway’s fan, since Nico and Chase both make appearances I had to grab me some issues. 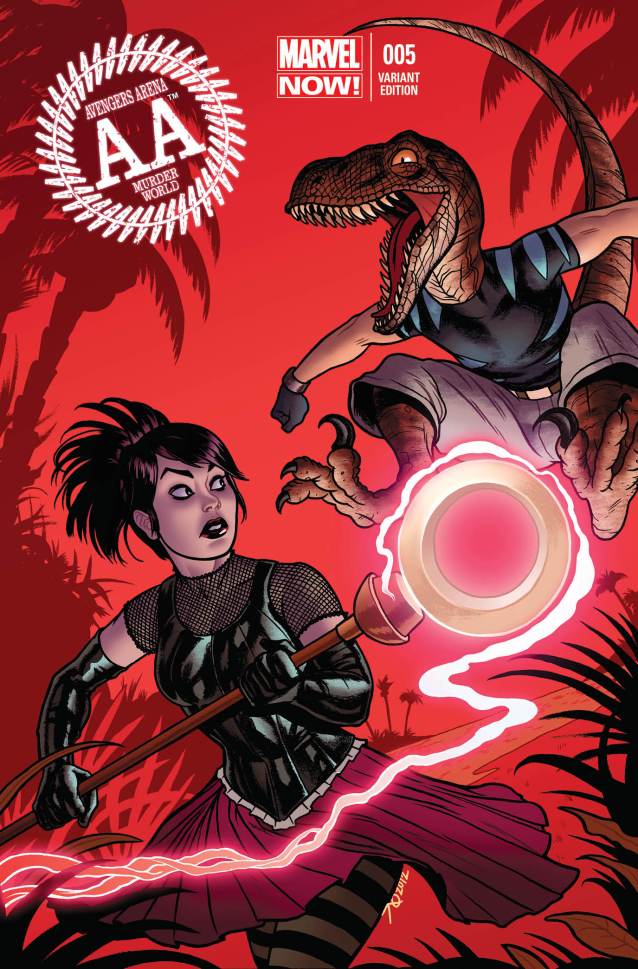 The plot is simple, Insane Villain Arcade kidnaps a group of super powered teens and puts them in his own controlled environment and makes them fight to the death. 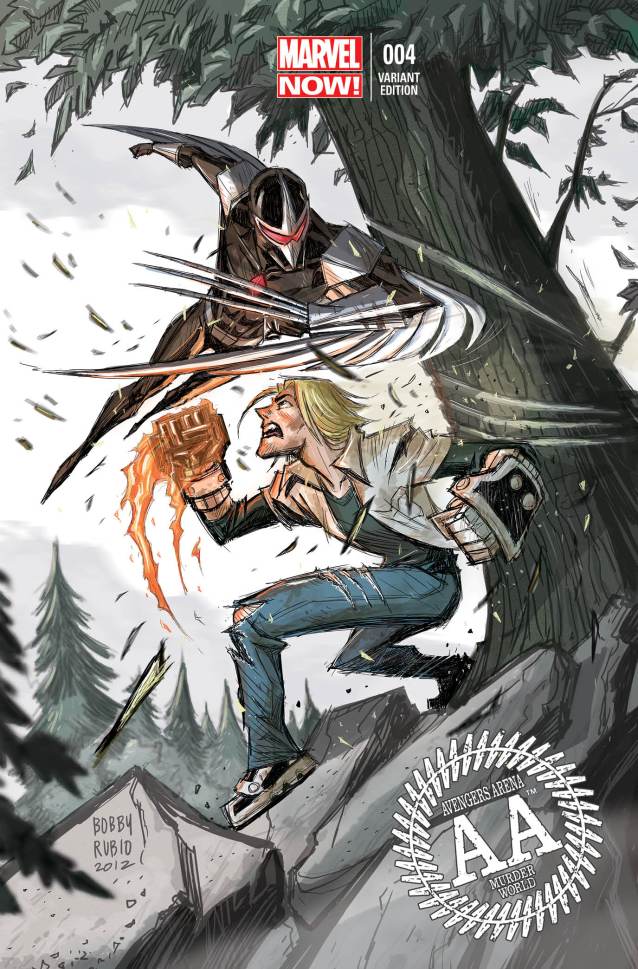 Apex – Very powerful technopath and a complete bitch to boot.

Bloodstone – the son of Ulysses Bloodstone and a student at the Braddock Academy, this kid loves his big guns.

Darkhawk – the former teen hero who uses an advanced suit of alien armour.

Death Locket – Cyborg daughter of the man who will create DeathLok.

Hazmat – constantly emits harmful radiation from her body. As a result, she is forced to wear a protective suit at all times when around others. The suit is not simply meant for containment however, as it allows her to focus her radiation into energy bolts and other forms

Mettle – Possesses a body of living Iridium, he is virtually indestructible shown to be able to withstand the intense heat of a flame thrower.

Nico Minoru – Powerful witch who wields the staff of one.

Nara – Atlantian so well she has bog standard powers of any water breather.

Red Raven – the 3rd in the line blessed with the power of flight.

Juston Seyfert – Child Genius who pilots his own sentinel.

Chase Stein – Teammate of Nico’s has special fire based weapons known as Fistigons.

X-23 – Female teenage clone of wolverine, almost as good as he is, need I say anymore.

So these Kids are thrown together and forced to duke it out, some cave under the pressure, others band together, it’s a great read and a wonderful homage check it out of you can. 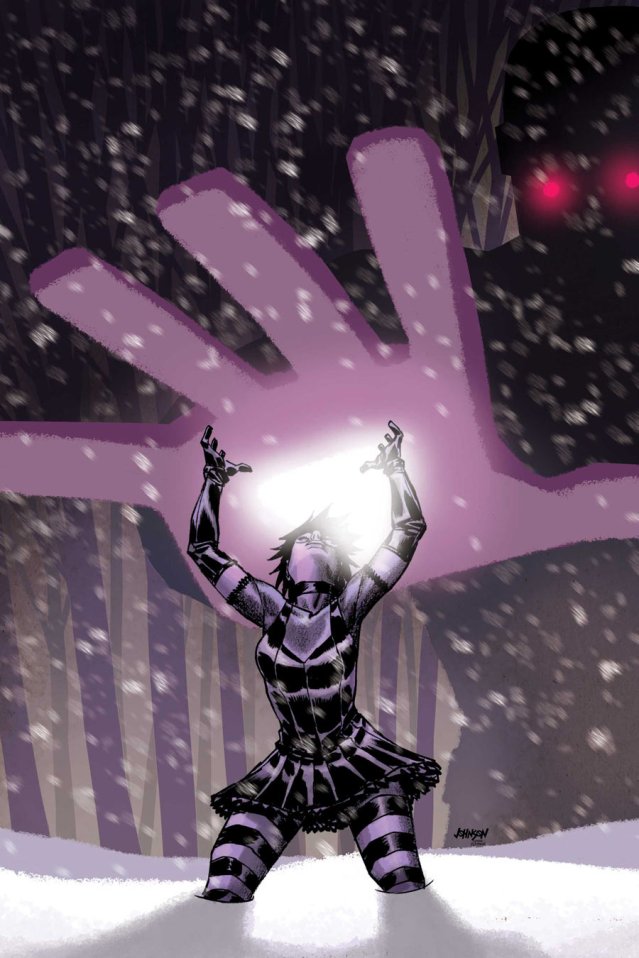