I am sure there are many out there who are not familiar with this series and if you are new to it then you really are in for a treat. These games are all set in the Dungeons and Dragons, Forgotten Realms world of Faerûn. The original game saw you solve a mystery as to why iron was mysteriously rotting, while its sequel deals with the machinations of the God of Murder. With this latest trailer we are beginning to get an idea of what part 3 of the series will be about.

We can assume from the logo and the trailer that one of the main antagonist of the game will be the Mind Flayers. The Mind Flayers or illithids are a race of pure evil, one who once ruled a vast empire until their slaves rose up against them. At least that is what we think happened, because outside of the Mind Flayers few know the truth. Everyone of their species is an incredibly powerful psychic. As for their appearance that is the truly fascinating part of their species.

Illithids are all sexless and once or twice in their life they lay a clutch of eggs from which tadpoles hatched. Tadpoles that manage to survie to maturity are each implanted into a humanoid victim, where they devour its brain, taking its place and merging with the body to transform it into a new illithid. This means that they could have the bodies of Humans, elves, Dwarves, Orcs and even Dragons but with the head of an Octopus. That is what truly makes them a terrifying force to be reckoned with. 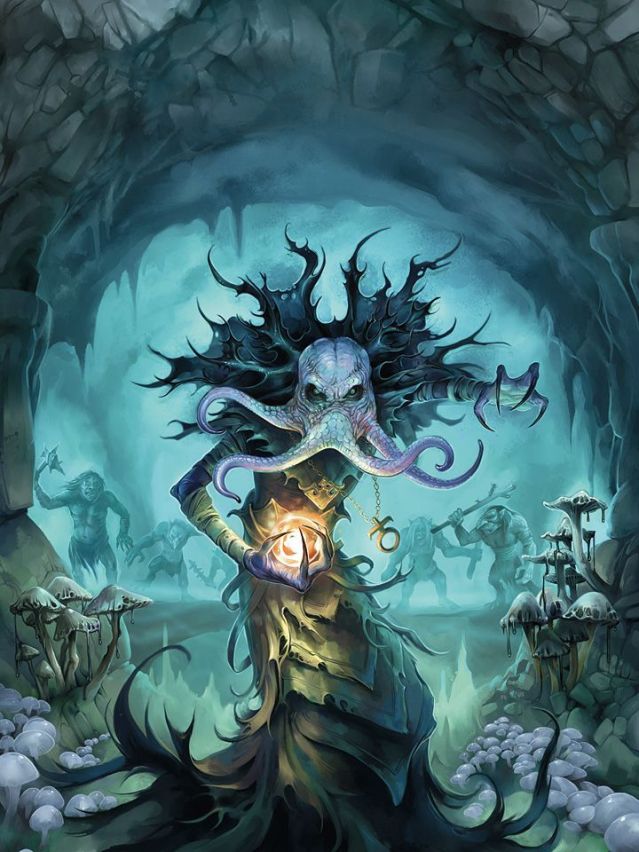 Yet in all the history of Dungeons and Dragons there is one species (technically 2) who have chosen to oppose these nightmare inducing creatures.

This is where I will give you a brief history of the Gith. These are the descendants of Mind Flayer slaves. Some claim that the Gith were once descended from humans, while others maintained that their original race was in fact unknown. All we do know is that after breaking free from their enslavement, philosophical differences led to a bitter internal conflict, which divided the Gith into two main different races at constant odds with each other: the Githyanki and the Githzerai. 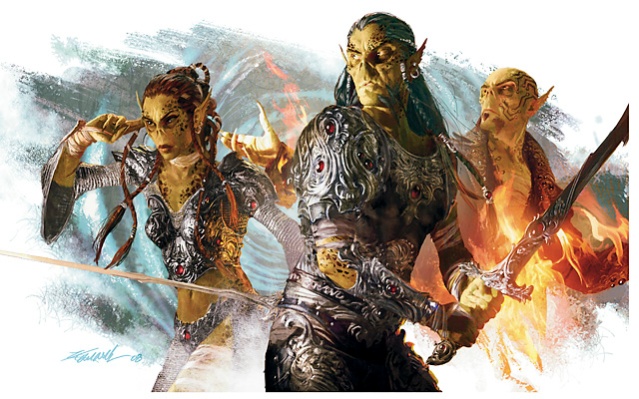 If you watch the trailer you will see yellow skinned humanoids being imprisoned and tortured by the Mind Flayers. These are Githyanki, we know this because in the current cannon the Githyanki are allied with the red Dragons and not only that but the Evil Dragon Queen Tiamat, personally gave the Githyanki these dragons to command. 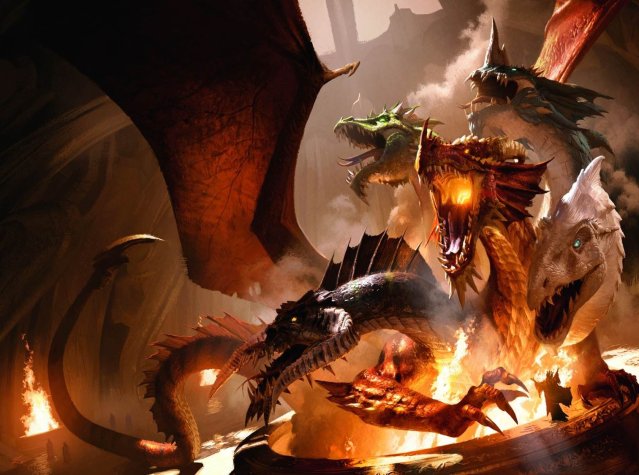 Though the Githyanki oppose the Mind Flayers they themselves are not necessarily good, especially since they are allied with evil dragons . So at this point I assume that your character will be trying to hold both forces at bay and save as many innocents as possible.

Is this a game that you are looking forward to?