Disney Might Have Bitten Off More Than They Can Chew

The executives at Disney must have thought they struck gold when they began making Mulan, not only did the film have a female lead, thus silencing all the critics that said they ignore women but they had a Chinese lead in a film that was going to be a huge hit in North America, Europe and all of Asia. Sadly to borrow an old Yiddish Proverb “Man makes plans . . . and God laughs.”

So what do I mean by that?

How do these two unrelated topics affect Mulan?

Well firstly the spread of the Coronavirus is growing daily and as of typing this article cases in Europe are currently on the rise. Back in China, where Coronavirus originated, to help combat the spread of the infection China has closed all of it’s cinema screens. This means that China’s leading cinema chains such as Wanda, CGV, Bona, Lumiere Pavilions, and Dadi will all be temporarily shutting down in response to the current epidemic. Not only that but China’s biggest filmmakers are even halting the releases of some of their films to match this. 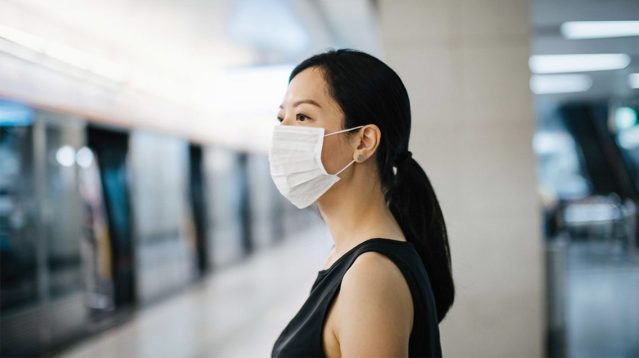 With China being the country to hold the title of nation with most cinema screens you just know that Disney factored this into their plans for Mulan. So there is the first big hit because even if this epidemic does die down soon, which I doubt, Disney will still need to compete with other films, ones it may not have originally factored in.

Then there is Hong Kong…

This is where things get complicated and I am going to sum it up very briefly but I will provide links to some videos below who can explain the situation there in much greater depth than I ever could.

I should also point out I am not even sure if anyone at any point asked the people of Hong Kong what they wanted.

You are probably wondering how does this affect Mulan?

It all comes back to Liu Yifei, she is to play Mulan – which if you have not realized it is kind of important to the film. On her Chinese social media accounts she posted this “I support Hong Kong’s police, you can beat me up now,” Liu wrote. “What a shame for Hong Kong.”

During the protests there has been wide spread foreign criticism of the Hong Kong Police and also what she said is a quote by Fu Guohao, a reporter for one of China’s State-Run newspapers who was unfortunately tied up and attacked by protesters near Hong Kong airport. Before we go on I will also point out that as much as I personally hope for the best for the people of Hong Kong, this particular action of attacking a journalist, even one you might think is biased against you, was wrong, short sighted and stupid.

Going back to Liu Yifei, her support of Hong Kong’s Police Department has resulted in a massive social media backlash and people are calling for a general boycott of Mulan. Which I do find interesting because one thing China has been criticized in the past for is banning Brad Pitt films and Social Media accounts all because he was in the film Seven Years in Tibet. So for Westerners to do this might be seen as hypocritical.

In the meantime I hope the virus is stopped soon and I also hope that a peaceful solution can be found for Hong Kong one that lets this Asian Tiger rise to greatness once again. Instead of slowly dying out and becoming an empty shell of itself. As for Disney in theory they can weather this, but it comes at a time of transition with Bob Iger stepping down and Bob Chapek is taking his place. Chapek, who joined Disney in 1993 and previously ran the company’s parks and products division, may not have what it takes to navigate these new waters.

Do you think this will affect Mulan?

As for information on these events please see below

I hope this helps.