This years Oscars have already been pretty interesting, and that’s without the ceremony even taking place. Honestly I had nearly forgotten about all the drama that came with Kevin Hearts departure as host until I was sitting in Frankfurt airport trying to think of what write next post when I heard a couple arguing over what and who should win best actor, it should be noted that the girl was very much in favour of all things Bradley Cooper … I wonder why?

This got me thinking, who are the top contenders for this year’s Oscars?

This lead me down a little bit of a rabbit hole because it occurred to me people are probably starting to pick out their favorites with the Oscars only a few weeks away. Sports Betting Dime already has early odds on who is likely to win in each of the major categories. Some of the favorites are easy to spot while others are a bit more debatable.

So down the rabbit hole I will go because at this rate I just do not think I can be stopped.

Of course, we will begin with our leading men and women and since I am an old-fashioned Gentleman, I have to say ladies first. Our five nominees are:

Lets face it out of the 5 there are really only two worth looking at, Glenn Close and Olivia Colman. Though Glenn Close is the front runner for best Actress I can’t help but think this may be Olivia Colmans year. The lady has range from comedic roles in Peep Show and Hot Fuzz to more dramatic turns like in Broadchurch it’s hard to deny she isn’t this years dark horse. 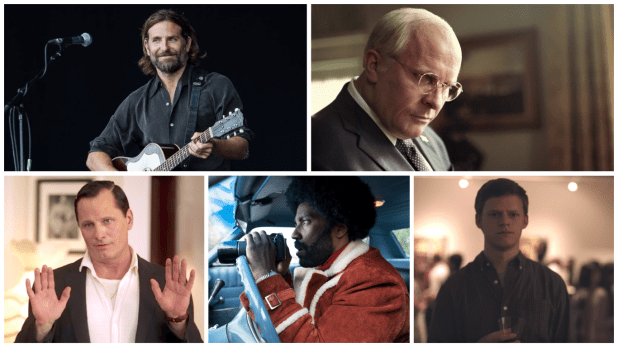 As for the men, well that one is going to be harder to call.

All 5 actors did amazing work in their roles and all 5 are amazing in general but my money has to be with Rami Malek. Down to three reasons:

So yes, I am completely biased, but that does not mean that I am wrong!

As for directors, well it saddens me that once again it is a category filled with men but at least this year we have some diversity even if we know who the winner is going to be:

Yes, you guessed it, I am assuming it is going to be Alfonso Cuaron, Roma is the front runner in so many categories this year and that is down to the great work by Alfonso, he should win and let’s face it we will probably take home best foreign language film too.

Right off the bat I see a lot of strong contenders, though I doubt Black Panther will win, I just don’t think the academy takes comic book movies seriously. In the End Roma is the front Runner but A Star is born is universally loved and Green Book is culturally significant, so I think this category is far from decided.

The only other category that really interests me is best animation. Why do I care so much?

Well this is the category that the academy usually mess up on. This year Into the Spiderverse has to win, not only did the film have a diverse cast, gorgeous animation, a compelling story, great soundtrack and Nic cage but it was just balls to the wall epic, so I am sorry Pixar but you can’t have this one. (Also, I am kind of annoyed that Sunflower was not nominated for best song which is probably going to be a race between All the Stars and Shallow, in my humble opinion.)

This should be an interesting ceremony with multiple films hitting multiple categories yet we still see a severe lack of female talent on display, here’s hoping 2020 rectifies that, until then I am cheering on Olivia Coleman.

Massive congratulations to @xolo_mariduena on being cast as @hbomax new Blue Beetle series.
Happy new comic book day everyone. @dynamitecomics have two gothic delights for you this weeks releases a new Vampirella and a new issue of Elvira mistress of darkness.
I'm sure fans of @kda_music will be rejoicing this week as will the executives over at @riotgames since K/DA have just gone gold.
My Tweets