All I can say is WTF, seriously WTF, when did Power Rangers get so dark and so good. When last we left Tommy he was gravely injured, the Pink Time Force Ranger lay broken and Lord Drakkon had finally escaped. This was truly a dark moment and things are only going to get worse, so sit back and be warned I have a lot of spoilers that I am about to unleash upon you. 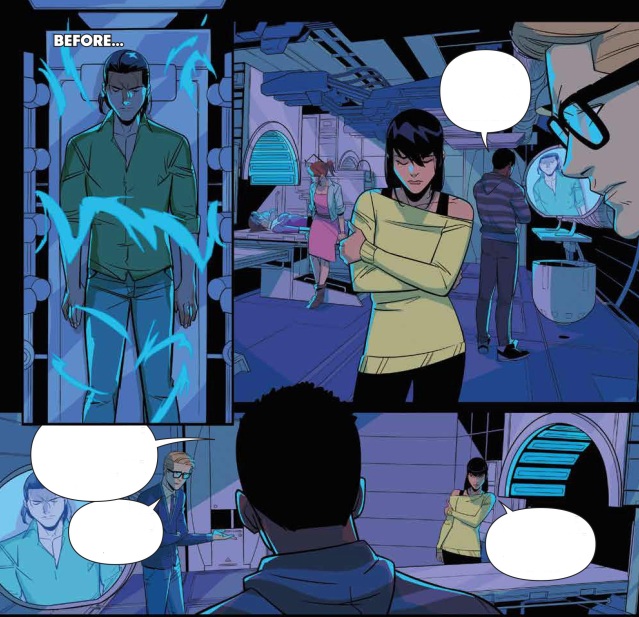 Tommy is dead and the Rangers are barely coping. A group of teenagers would lack the coping mechanisms for this type of loss and, hell I am an adult and I doubt I could cope with loosing a comrade the way they did. One of the major themes that this series has is growing up and dealing with consequences, where the original series never really dealt with the ramifications of drafting a group of kids into fighting monsters from another world, this series does an excellent job and showing how this is probably a terrible idea. Jason takes it hard because he is the leader of the group and kind of blames himself but Kimberly particularly takes it poorly as she was there when Tommy was killed and I guess she cant help but think, what good is all this power if I cant save the ones I love with it? 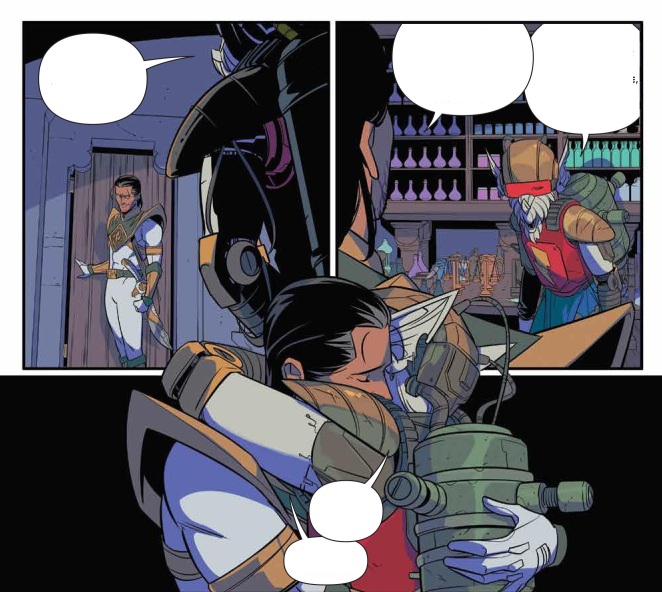 Lord Drakkon finally gets home and behaves exactly as we expect him too, until he goes to see Finster-5, which appears to me a fusion of Finster and Alpha 5. It is at this point we see a softer side when he embraces his friend in a hug, it shows that there may be more to Drakkon than we first expected and makes him a lot less one dimensional. Maybe he views himself as the real hero the guy doing the bad things to bring order to a chaotic world and protect the week, this isn’t an impossible stance, so perhaps there is still some Tommy left inside Drakkon.

With the awakening of the Pink Time Force Ranger not only do the original Rangers find out about their legacy but they get some much needed support. Still this support could have been used by the Samurai Rangers who find themselves under attack by Lord Drakkon, when our heroes finally get there they only have enough time to save the Pink Samurai Ranger and for some yet unknown reason Drakkon has taken specifically the Red Samurai Ranger.

With Jason now bearing Tommy’s powers and the timeline fractured it seems that the original Rangers will need to form a coalition of other Teams in order to have any chance at success. Still it looks like they will be in a race against time to stop Drakkon from defeating every team in his sights and we still do not know what his plans for the Red Samurai Ranger and Ninjor are and will all this chaos draw in the attention of for Zedd? Will this lead to the adoption of the Thunder Zords? And What role will Rita play in all of this.