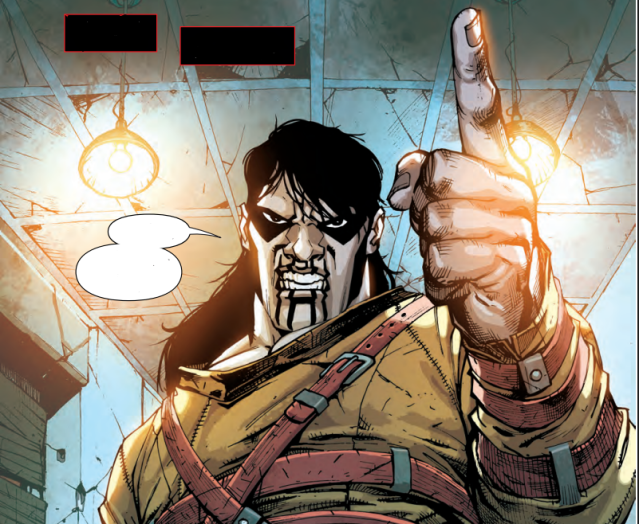 This issue is shway, very shway and If you don’t know what shway is then I am sorry but you’re not cool enough to be reading Batman Beyond. This issue kicks into full gear with an angry Batman going after the Joker’s gang, the only problem is an angry Batman is an undisciplined one, not to mention he has spent the last six months MIA. The spirit is willing but the body cannot keep up. Terry can’t get his head in the game and it’s going to cost him his life or worse the life of the woman he loves. This is a great story as it shows Terry having to retake the mantle of the Bat, reminding himself that it’s more than the suit, the man in fact is the most dangerous part, his friend Max further steps into the role of Alfred that the TV series once teased us with. This is a fast paced high octane thrill ride that is leading towards possibly Terry’s most important battle yet and it’s going to be pretty intense.

This issue is paying homage to the original series while tying in with the current DC continuity, mixing great storytelling with beautiful art, showing a grim futuristic society that I still wanna go live in, even though I am getting a heavy Akira vibe from it. Still the issue teases at the older Batman and even Bane in its own ways, making a real feast for any hardcore Batman fans that are looking for something a little different to wet their beak with. 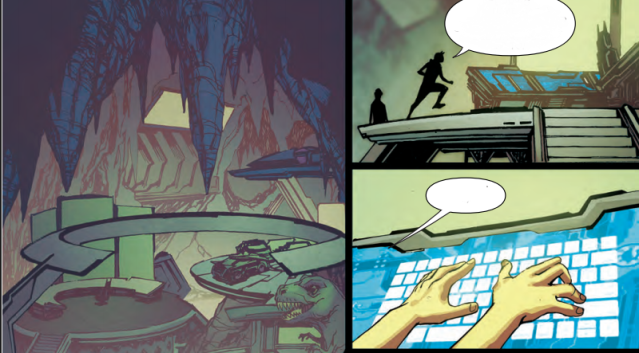