Based on the film series, Lethal Weapon follows Martin Riggs, an ex-Navy SEAL who is suicidal after the death of his wife and child. When he moves to LA he is partnered up with Roger Murtaugh, an LAPD detective who is trying to avoid any stress in his life after suffering a heart attack.

Warning, there may be spoilers ahead. 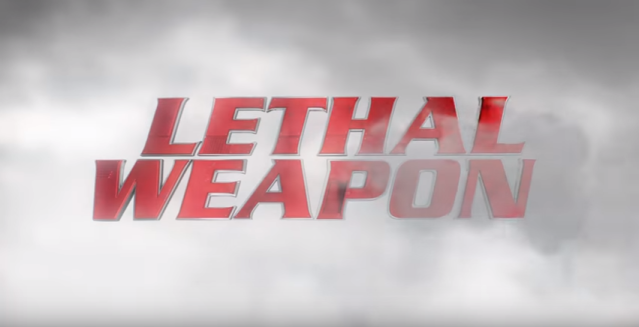 I’ll admit that I was very sceptical when I heard this was being made. Another police procedural based off a popular movie series – really? Television shows based on films seems to be a popular trend at the moment and they don’t seem to be translating very well. Pair that with the fact that our screens are currently oversaturated with crime shows and the chance for success decreases even further. One only has to look at shows like Rush Hour and Minority Report to see proof of that. Even with a solid promo released back at Upfronts week, Lethal Weapon seemed like just more of the same. So I was fully prepared to roll my eyes and scoff through the entirety of 46 minute episode. Instead I found myself doing exactly the opposite, I actually enjoyed it. I have to say, Lethal Weapon seems like the biggest surprise of pilot season yet. It’s funny, smart and entertaining as hell. 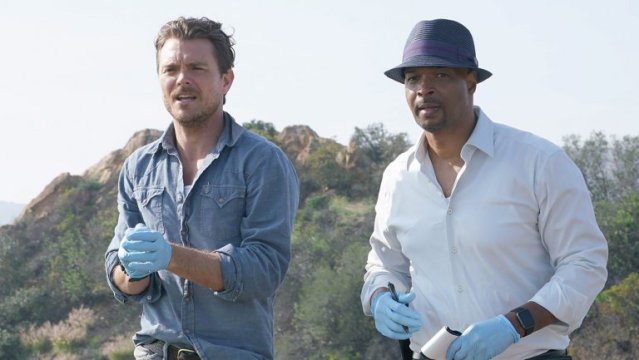 An obvious factor to its success is the partnership between both the characters Murtaugh and Riggs and the actors Damon Wayans and Clayne Crawford. It’s been a very long time since I saw the original move and as such I had no ideal picture of what these characters would be like. Perhaps this unbiased view had something to do with the enjoyment factor for me but to say that would be taking away from the talent of Wayans and Crawford. From the very first scene Crawford showed off his comedy chops. This was something that would continue throughout the episode and he made Riggs charming, charismatic and likeable despite the fact he’s suffering so much pain. Yet it’s those dramatic moments, the ones where he actually shows the pain, that impressed me the most. One moment he’s cockily strutting into a hostage situation with the pizza, the next he’s begging a criminal not to miss when he kills him. The range Crawford shows is remarkable and I look forward to seeing him play more emotional scenes in future episodes. Wayans had perhaps the more difficult challenge of playing the straight man Murtaugh to the unhinged Riggs. He’s had a long comedy career so he knows what he’s doing. He managed to make Murtaugh funny and interesting while also having him be this average guy that audiences can relate to. Whilst both were great on their own, together they were even better. They have excellent chemistry together and seem completely at ease with each other which results in a fantastic dynamic between the two. And let’s face it, that dynamic is what the show is all about. Without the Murtaugh/Riggs relationship, it wouldn’t be Lethal Weapon. Fortunately, the writers and actors seem to have really worked on that partnership to make it the best it can be which we got to see in the pilot.

So much focus on Murtaugh and Riggs didn’t leave much room for cultivation of other characters which is fairly understandable for a pilot. We barely saw Jordana Brewster as Dr. Cahill. And I definitely could have used more of Johnathan Fernandez as the hilarious pathologist Scorsese. He has real potential to become a fan favourite character if they develop him properly. Keesha Sharp was strong as Murtaugh’s wife Trish and I’m hoping we get to see more scenes with her and Riggs, as so far they have all been great. The brilliant Kevin Rahm rounds off the cast as the permanently exasperated Captain Avery but like Fernandez, he feels underused.

One thing that wasn’t underused were the action sequences. They were executed perfectly. The scene where Murtaugh and Riggs end up on the race track was pure genius. The whole thing felt very cinematic and you could tell the episode was directed by McG. I imagine treating a TV episode like a movie can be quite expensive though so I don’t know if they’ll be able to keep this up for the entire season. If that’s the case they’re going to have to find new ways to thrill their audiences because honestly a big chunk of that exciting pilot was the action.

Plot-wise the case was pretty good, especially for a pilot. Police procedural pilots tend to suffer from some slightly dull cases in favour of character development but Lethal Weapon managed to do both which is a credit to the writers. There were a few cheesy lines and tropey moments in the script which felt a little unnecessary as the episode was good without them but hopefully they can iron those out in upcoming episodes.

The truth is, Lethal Weapon isn’t ground breaking television. It’s an age old concept, your typical buddy cop dramedy.  It may not bring something entirely new to the table but it does bring fun and entertainment and sometimes if you do it well enough, with a great team of actors and writers like in this pilot, that’s all you need.