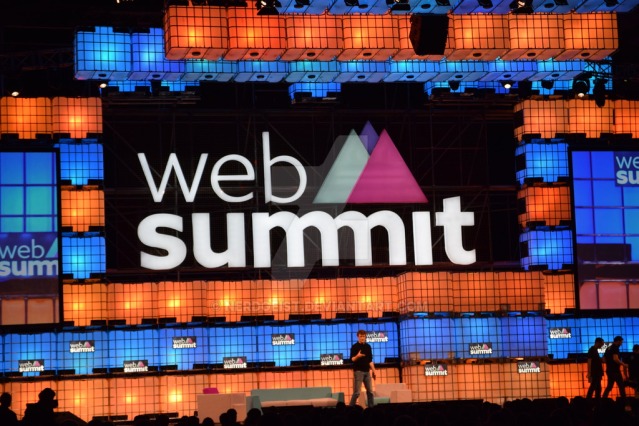 I finally made it, I got to the third and final day of the Web Summit. It was a rough start after getting stuck in traffic but we got in and got the final free space in the car park. 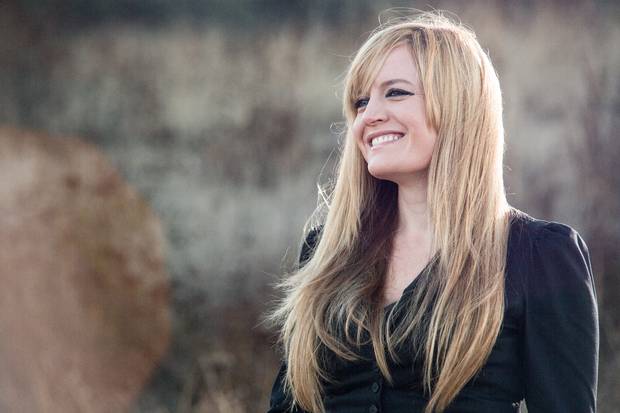 I was hoping to catch Eimear Noone‘s talk but I missed it. If you are unfamiliar with Eimear Noone, you need to check out her music as she is one of the most talented people to come out of Ireland. She has created music for projects including The Legend of Zelda.

By the time we made it to the Music Summit we where there for talks on Bands and Brands which was about how a band is now its own brand. One of the speakers was loathed to admit that groups like One Direction do this perfectly. But the major point that was being drilled home was the democratization and this is what should be celebrated. People need to understand that the front man or women is not the be all and end all of a band, bands are supported by a network and a team because no one person can become truly huge by themselves anymore, it requires people who have a fearless creative energy. 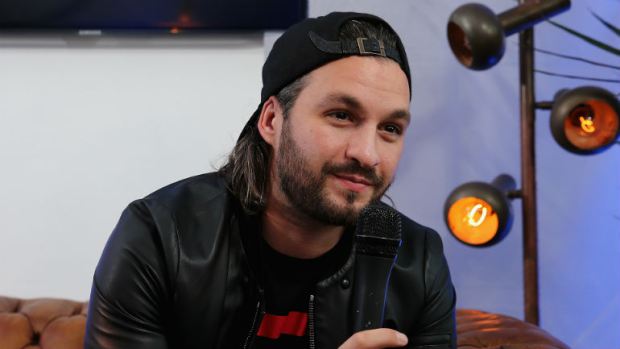 The next talk we got to listen to was a real treat as it was with Swedish House Mafia’s Steve Angello, Chris Kaskie from Pitchfork and founder of Splice Steve Martocci. They where there to discuss how technology is empowering indie musicians. 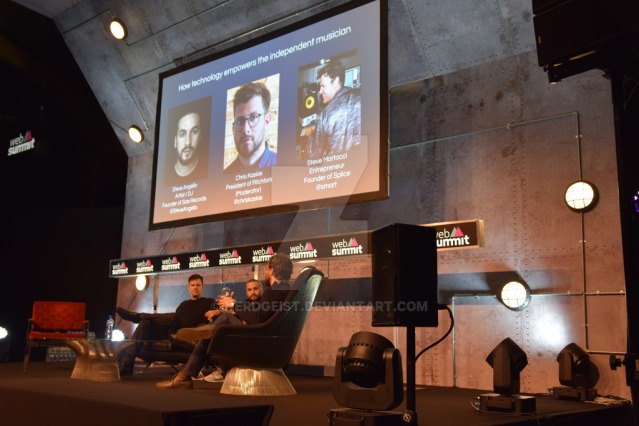 It was a pretty fascinating talk leading with the fact that no middle man is needed thanks to Spotify and Apple leaving more money for the artist. An artist can also take his gear with him now and record on the road instead of waiting till he is home which lets them be more productive. It’s also cheaper and easier and with modern technology you can get a song made and out there in less than a day.

There is so much out there now and social media is so important as artists can use it to connect with their fans and whip up excitement for an event or upcoming song, it’s truly a new era. Though this has lead to a lot more collaborations which was unexpected but it’s just an example of technology making the world a much smaller place.

This was probably one of the best events of the weekend as Dan Brown, writer of hits like the Da Vinci Code and Angels & Demons was a guest speaker. He was here to discuss science vs religion. On an interesting note he believes that the future builders of technology will have a bigger effect on human spirituality than all the world’s religious leaders combined.

I can see where he is coming from as technology is either going to unite us or divide us, whether it be Facebook or the NSA, these things affect the human spirit and that should never been underestimated. As a child of a religious mother and a scientific father he is someone who has truly seen both sides of the argument. He quotes his own books saying that “they are two different languages telling the same story”

He was humble but wise, like a modern prophet he spoke on both sides of the argument. He spoke about how science has slowly eroded religion for example Adam and Eve. Although this is not a one sided fight both are hurting each other, with science teachers not being allowed to teach evolution. In some schools in America neither side is showing any sign of slowing down. He spoke of how each side is polar opposites in their approach, religion hardly changes as it’s self assured and consistent while science is changing at mind numbing speed which is an interesting battle.

He then went onto his process saying he only used 10% of what he creates and how he finds that waking up at 4am is his magic hour. This was how his process began and to this day its hardly changed. He was given advice once that you should never read the press as it will either build you to a high or break you which leaves you lazy or nervous.

His advice for any aspiring artist is create something that you love as you create things for you because in the end you will only know your own taste. The final part of his talk was dedicated to ethics, the ethics of how he wants to stay with his publicist and though he thinks that coming into the writing industry without one is good. After a while you will need one because when you go into a book store you know that everything on the shelf is of a certain content because of all the filters. Though this new market is great for the writers, it’s bad for the consumers. In the end this was a bitter sweet couple of days as I will be sad to see the Web Summit leave ( It will be in Lisbon for the next 3 years) but I hope it will continue to grow and thrive. My biggest regret is the fact that there was too much to do, especially with the extra summits popping up on the final day and missing Eimear’s talk in the morning. 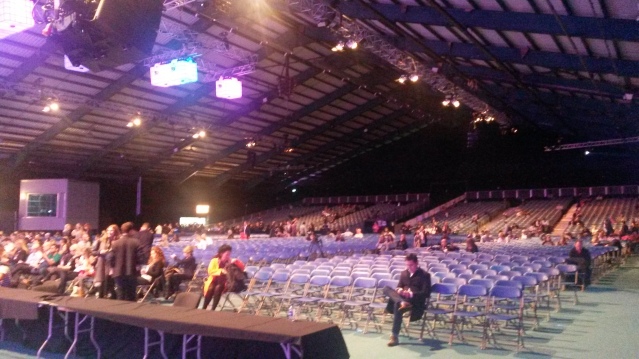 What is Web Summit?
Within four years Web Summit has become one of the world’s most influential and international tech events. This year Web Summit 2015 showcased over 500 world-renowned speakers, 10 stages including the Digital Marketing, Internet of Things, Enterprise, and Builders Summits, 2,000 worldwide startups invited to exhibit their ideas, 200+ satellite events, 1,000 experienced investors, and 800 of the best tech journalists. From 3-5 November 2016, Dublin once again become the international tech capital.

Where Does Web Summit take place?
The Web Summit took place in various venues across the city of Dublin, Ireland. The main conference venue was the Royal Dublin Society (RDS), Ballsbridge, Dublin 4, Ireland.

Who Attends Web Summit?
Last year, 22,119 attendees came from all over the globe including business leaders from Google, Microsoft, Facebook, Box and over 60% of the Fortune 500. This year, 30,000+ people interested in new ideas that are changing our daily lives met and learnt from the people shaping the future of the world, faster and further than any generation in history.