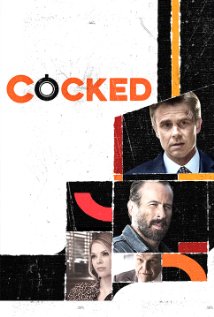 As a second child in a family run business this series really spoke to me. Cocked is the classic story of the prodigal son coming home. The pilot follows the Paxton’s, a family broken apart by generational differences now forced back together to save their business. As family dramas go this one has a lot to offer, on top of the usual crap you have some cruel comedy based on the inter-family differences, guns, business and some very fine acting.

I really want to kick off with my congrats to Brian Dennehy (First Blood, Romeo and Juliet) who plays the patriarch of the Paxton family. This is a guy who has been around for years and has been in so much but never gets enough credit. He plays a much more sympathetic character, a man who can be cruel but in his cruel ways he thinks he is being kind and a man who is willing to change and adapt. It’s not too often the media presents gun owners and producers as stuck in the past, it’s great to show a man from an older generation willing to embrace the 21st century. I especially loved his line about having guns is an American freedom and America is all about freedom and even someone who is a homosexual should have the right to feel safe.

As much as I love Brian Dennehy playing the father his sons are for me the real draw for the series. Sam Trammell and Jason Lee are true opposites in this series. Trammell plays the guy you really hope you will grow up to be, only with more back bone. He is dedicated and decent, the type of man you will trust to stand by you all the time. Contrary to this Lee plays the kind of guy a teenager would want to be and me as an adult fears I could become, he is a wild degenerate and kind of an ass, but when it comes down to it you learn pretty quick that when the shit hits the fan he will help you out. Neither brother is perfect, with one too timid and one too primal, but together they could make an effective team. 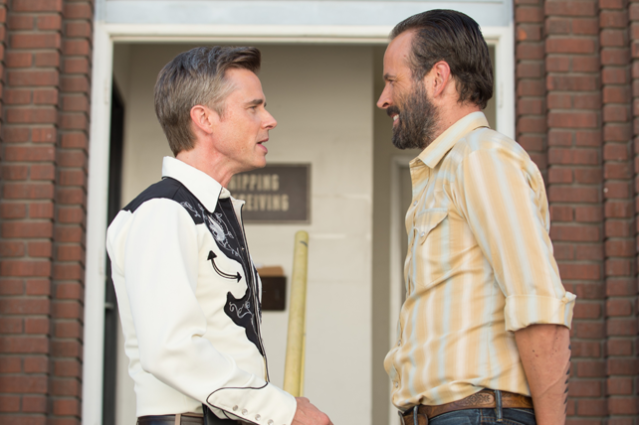 The rest of the cast is pretty sound and rounds out well, their hyper aggressive half-sister Tabby played by Dreama Walker (Gran Torino, Gossip Girl) is very intimidating. This pilot is another one with a lot of potential and hopefully it will realize its potential and keep going because not only is the premise a good jumping off point, but with a few wacky situations and a sinister underlying plot this one could easily develop quite the devoted following and I am looking forward to seeing what becomes of it.

The pilot is currently available to watch on Amazon Prime