Something to watch during the winter break

With many TV shows taking a break this winter, as they usually do, I have been thinking that maybe you readers may need an alternate source of entertainment. First off you could just read through our archives or for anyone out there looking for something to watch when TV has let you down then you can turn to the web for something new, or something old in some of these cases.

This is the series that inspired this article. Video Game High School has sadly come to its epic conclusion . I know you’re probably asking how can a show about kids playing video games be epic, well it’s how they play their games that makes it epic. When any character plays a game the show shows them as their avatar in game, it’s a fun twist on the idea. Another great plus is it was created by Freddie Wong, and also stars Epic Meal Times Harley Morenstein. It has all the normal high school drama but mixed with some very cool action and social commentary about modern video gamers.

RWBY is my first pick from Rooster Teeth, this is a great animated series and if you’re fan of Harry Potter or Soul Eater then this is for you. Set in a world where monsters of Grimm roam freely it is up to Hunters and Huntresses to take down these beasts. The main characters are primarily based on fairy tale characters (don’t role your eyes give it a go). With a mainly female led cast, it’s a nice change to have them in these roles especially as they are not overally sexualised and have some pretty cool hybrid weapons to boot.

I grew up watching GhostBusters (some days literally on repeat) and this comedy series is just brilliant. Both girls have excellent comedy timing and have a great sense of humor about themselves. The show pokes fun at most ghost hunting series, it’s a great piece of satire with some laugh out load moments and a few great cameos. The series definitely reminds me of the Ghost Facers from Supernatural so if you’re a fan then check these ladies out.

Starring the Guild’s Sandeep Parikh as Merman , the leader of a group of superheroes whose superpowers can’t shield them from the effects of an economic downturn. This is an interesting look at how a recession can affect those of us who have powers more than those who are in power. To sum up this series think The Office meets Justice League.

My second Rooster Teeth addition on this list The Gauntlet is kind of like the Apprentice but for Gamers, it’s also totally taking the piss. It’s pure satire and the Rooster Teeth guys are more than happy to poke fun at themselves and the show. Comedy wise it’s just a little off center and very weird, so if you’re into weird then give this one a watch. 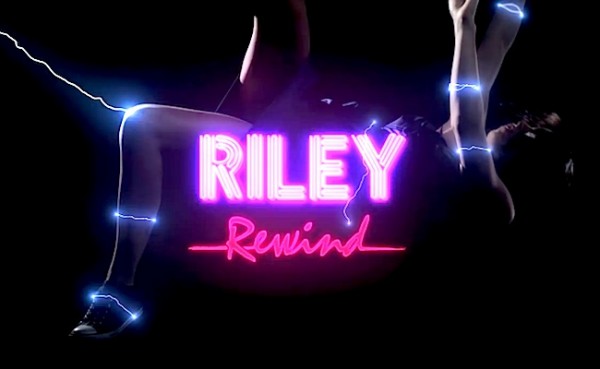 Riley Rewind is a movie released in parts directed by Ray William Johnson and written by Anna Akana. It is shown in five parts, each episode being around 10 minutes long. Riley is your typical normal teenage girl except she has the ability to travel through time, through using this power she learns that some things just can’t be changed. The series plays out like Bernard’s Watch meets Alex Mac meets a little Veronica Mars. 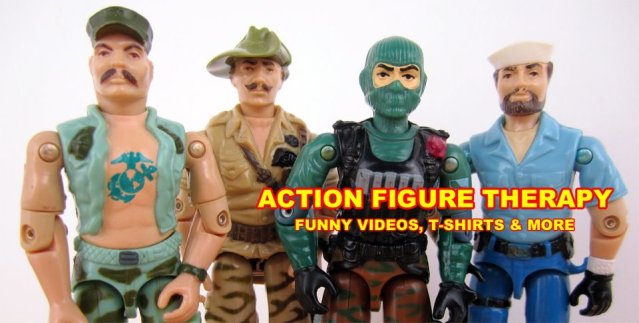 It’s crude, it’s offensive and it’s not for everyone, that’s how I would describe this choice, a parody on the GI Joe PSA’s this is very low brow, so if that’s your thing go ahead and check it out, there really isn’t much more I can say about this. 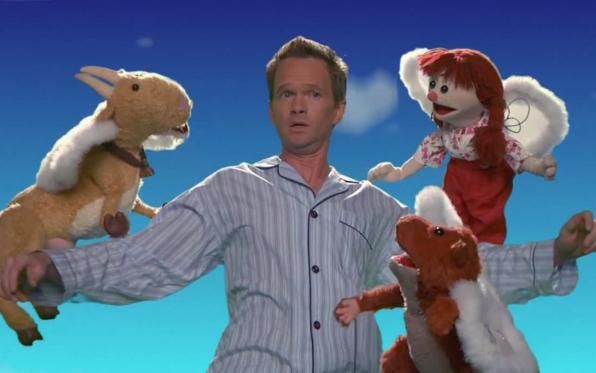 It’s a known fact that Neil Patrick Harris will probably solve all the worlds problems once he takes a break from being one of the greatest entertainers alive. In this web series Neil Patrick Harris, who lives with his partner David Burtka, sleeps a lot and has strange dreams featuring puppet characters. Neil opens each episode by directly telling the audience “Hi, I’m Neil. I sleep a lot and when I dream, I dream in puppet.” He then promptly falls asleep and has a puppet dream. 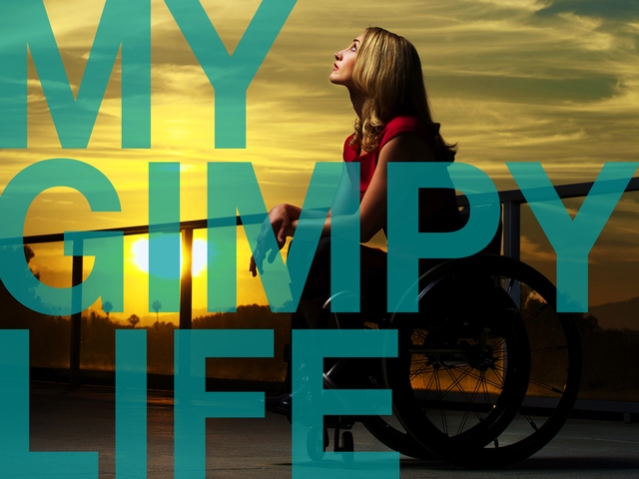 Createted by the talented Teal Sherer this show is funny but with a great message about inclusion of people with disabilities into the entertainment industry. Described as the awkward adventures of a driven actress trying to navigate Hollywood in a wheelchair, this series is a wonderful idea and will make you think, Teal is an epic talent and we can only hope to see more of her in the future.

The concept to this is similar to axe-cop, here we have a kid who is given a lot of sugar, thus the name Sugar Boy, once he gets the sugar he proceeds to tell us a story told in cut scenes, this wont be for the in depth viewing but it will make you laugh so worth a peek me thinks.

Fresh off the Boat 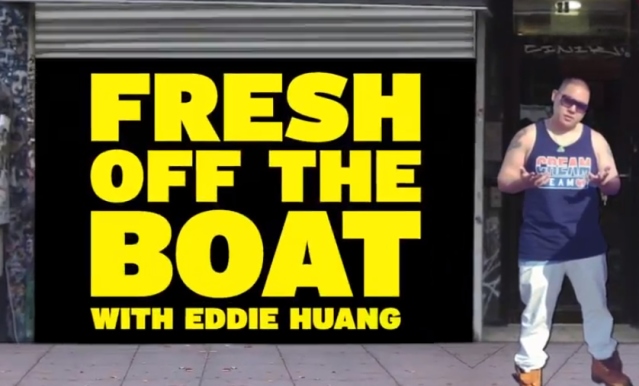 Hosted by Eddie Huang, this cooking show is unique in every sense of the genre. Eddie has a great onscreen charm, the show has him immersing himself in a place, really getting to know the people and the food at the same time, while having a little fun. Being that this is a show created by Vice it has a tendency to go a little dark sometimes and go to some unusual places but Eddie will still manage to make you smile. He may come off as a less refined Anthony Bourdain but he is young and full of energy and that’s what makes him fun to watch. (If your a fan of this you can check out his own sitcom soon to be airing on TV ). 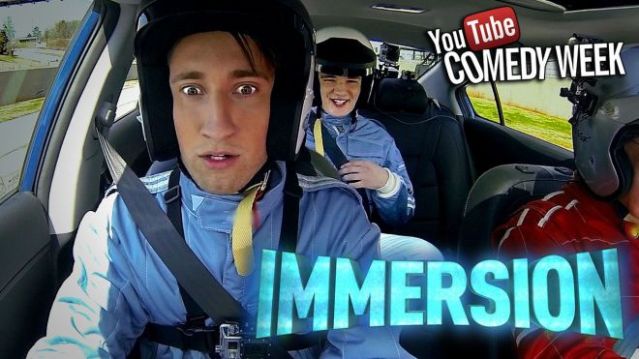 My 3rd and final choice for Rooster Teeth is this MythBusters-esque show. testing video game myths. Ok most turn out to be wrong, for instance a banana will not stop a go cart, but it’s usually funny watching them torment their staff. Personal highlights for me are the Pac Man and Horde Mode episodes.

Another series starring Anna Akana, set 1,000 years in the future, Miss Earth chronicles beauty queen Victoria Young as she competes for the fate of our planet in Galactic’s depopulation pageant.

I’m a big fan of the renegade economist it’s my favorite YouTube subscription, judging by the rest of my choices this will maybe shock you. It’s a serious choice, there is no bright spots in this film, it discusses Goldman and Sachs, the financial crisis, classical economics vs neo classical economics and so much more. It’s a real fascinating watch that will blow your mind. For more interesting takes on the modern world of business just visit their YouTube page.

This one stars Queen of the internet/nerds Felicia Day. I though it needed added into the list with the latest Dragon Age game just out a few people may want to give this one a go. It follows the tale of a rogue elf who is out to kick some serious ass.

This one has to be show that has sucked up the majority of my time. The commentators Whiz and Boom Stick are pure comedy gold and the details that they go into for each fight is truly staggering. So if you wonder who would win Terminator or RoboCop, Batman or Spiderman, Link vs Cloud and so many many more this is the place for you, the guys have put together something that will just suck you straight in and keep you watching for every second. It’s one of the most original ideas I have ever seen and I can’t wait until their next video.

There are of course the pioneers in this field, The Guild, Red vs Blue, Epic Meal Time and just classic Freddie Wong earlier videos, these are the Youtube pioneers that kicked this ball off and changed the game for the rest of us.