A modern version of Pygmalion, Selfie is about a narcissistic woman, obsessed with social media who through a series of unfortunate events realises she needs to overhaul her life and change her image.

Fun. That’s the best word to describe Selfie. It’s not groundbreaking but it really doesn’t need to be for its audience to enjoy it. It is instead 20 minutes of pure entertainment that you can laugh along to with your friends. 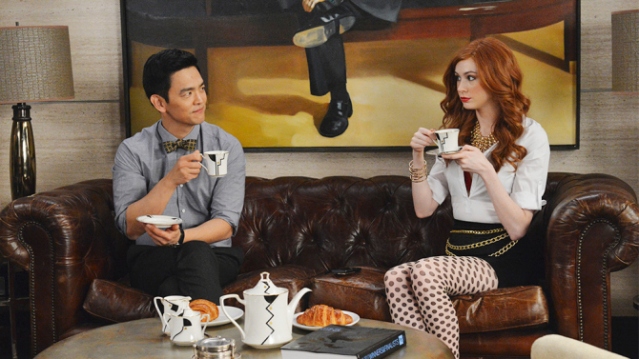 Fan favourite Karen Gillan portrays main character Eliza Dooley.  This role is a stark contrast to the one she played on Doctor Who. Gillan plays Eliza with such enthusiasm that you can’t help feeling she’s really relishing the comedic role. Eliza starts off the episode as a self obsessed, vain woman who has no real interest in anything but herself and social media. What I love about Eliza’s character is that she isn’t instantly transformed by the end of the episode. In fact, while she has come to some realisations about herself, she is still quite vain and her phone is still permanently glued to her hand. Another fan favourite John Cho plays the part of Henry Higgs, the man trying to change Eliza. His constant sarcastic attitude and absolute disdain for technology make him instantly loveable. What was even more fun was to watch him and Eliza, who are polar opposites, sparring against each other. Even from the pilot you can see the sparks between the two, the great chemistry between Gillan and Cho is undeniable. The supporting characters are made up of the Eliza and John’s boss Sam (David Harewood), receptionist Charmonique (Da’Vine Joy Randolph) and Eliza’s neighbour Bryn (Allyn Rachel). Not much time was spent on the supporting characters, I suppose because the writers were trying to focus on Henry and Eliza’s stories, but each one of them brought something uniquely funny to the table. The most hilarious by far was Sam whose inappropriate kissing of Henry made me cry with laughter. 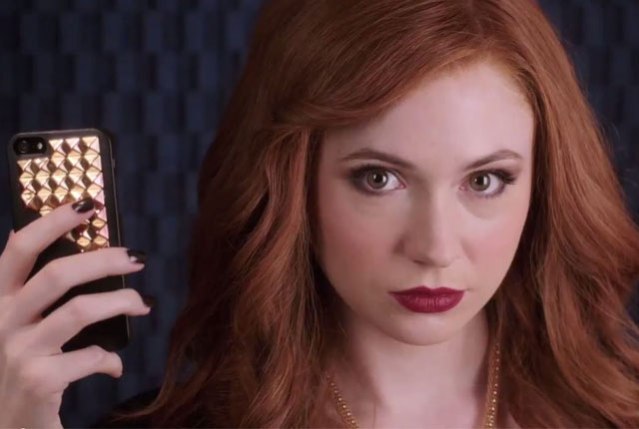 As funny as Selfie is, there is also something quite sad and touching about it too. The flashbacks to Eliza’s teenage years explain why she is so obsessed with her appearance and reveals an insecurity that every viewer can relate to. The audience is allowed to feel sorry for a character that we originally thought was selfish and vapid. Another poignant moment of the episode is when Eliza realised what real friendship was after spending some time with Bryn. It was these moments for me that cemented my love for Selfie. It’s a comedy but it actually has depth and heart. I’m really hoping that the writers continue with these meaningful scenes as I do think it makes the show of a much higher quality.

My absolute favourite thing about Selfie though is how relevant it is to society today. Technology has definitely taken over our lives and we’re probably all guilty of checking our phones one too many times a day. I will readily and rather shamefully admit that I check my Facebook at least every 2 hours. We now live in a world where if you have enough likes or retweets you can be famous. So it’s no wonder that Eliza’s character turns to social media for validation. And I love that there’s a show finally recognizing and making fun of that because let’s face it internet likes doesn’t necessarily mean you’re liked, as Eliza learns.

There are a lot of comedies premiering this fall and Selfie has definitely made its mark. With its hilarious one liners, great cast and thought provoking questions on social media; it’s definitely a show everyone can enjoy. As Eliza would say, hashtag guilty pleasure!