This collection has been a gods honest delight. At times swashbuckling adventure, at others Batman under the pen of Frank Millar and then on a complete tangent the book might shift into Sergeant Peppers territory.  It is one seriously wild ride. If you are not familiar with this hero then cast your eyes back to 1941 when Bob Benton, a simple pharmacist,  who formulated a chemical he called “formic ethers”, gained various superpowers. He would later use these abilities to go on a myriad of adventures. Bob would team up with his side kick Tim Roland as the terror twins. But that was the 1940’s and we are well into Twenty first century now.

Black Terror has gone on to appear in various other books since his debut all by different publishers, but it is with Dynamite that he has made his biggest impact. Here he was a member of the book series Project Superpowers, if this sounds familiar it is because we have reviewed several issues from its sister series in the past. If you have not read it then check out the link here. 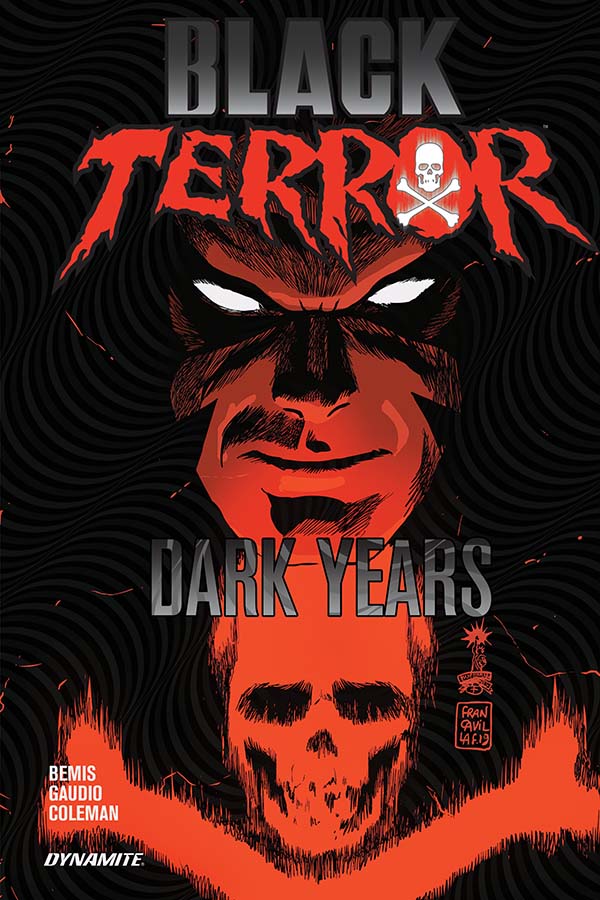 Before you go any further I warn you this book can get pretty heavy and it never shy’s away from the more serious topics. It has 5 short adventures the first dealing with addiction, the second a cult, the third deals with the issues of raising a child as a side kick, the forth it trippy as hell and 5 deals with the legacy we leave behind. As a guy who is reaching his middle years this really speaks to me, I have seen addiction rip my family apart, due to where I am from I have seen religion rip my people apart, thirdly I have liked a life where I needed to grow quick, forth well fortunately I have not been drugged with psychedelics, but finally I am starting to think about what I will leave behind. I know I am projecting but this book really spoke to me and I just need more of it.

5 extremely different stories tied together by one man and a tonne of gorgeous art work. If you are bored of Batman and exhausted by the X-Men this might be the perfect book for you to grab. It will be on sale from 16th of June 2021 online and at your local comic book shop.