Marvel Battleworld: Mystery of the Thanostones

2020 has been sucky for MCU fans. We have waited for years to see a Black Widow film and when we finally get to see Scar Jo kick some ass, everything ground to a halt based on Covid-19. For many of us we are just eager to have anything Marvel Related. 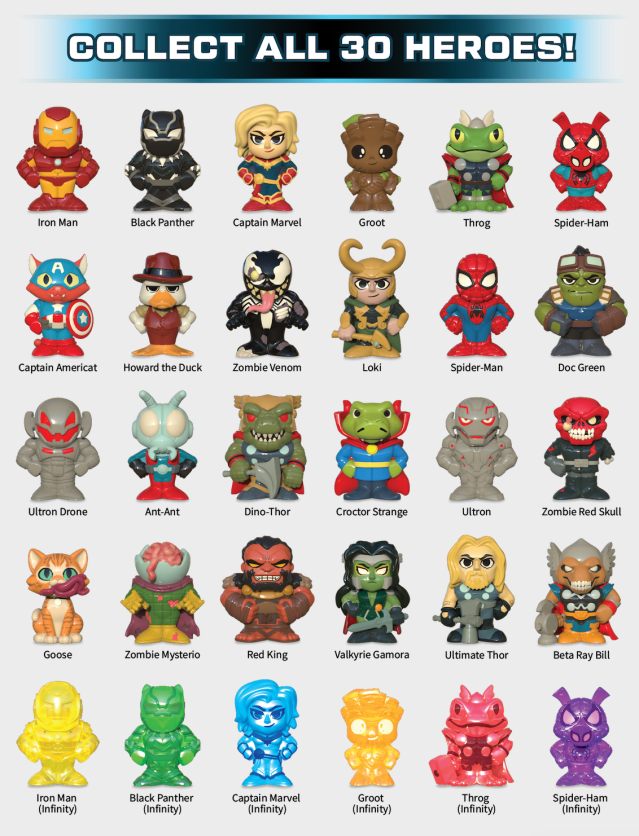 If you are feeling the longing for more Marvel then Funko will have you covered. August has seen the launch of a new table top game what that will satisfy your hunger. Marvel Battleworld: Mystery of the Thanostones is a micro collectible, table-top gaming system that you can play with the whole family and it is being brought to you by Funko.

To sweeten the deal Marvel Battleworld will also be launching a series of animations which tell the complete story. Not only that but you collectors will be able to battle with all your favorite heroes such as Ironman and Captain Marvel, as well some lesser known ones such as  Spider-Ham, Throg and Captain Americat.

With the launch fans will have the ability t o access two products , the Battle Ball and the Mega Pack, each Battle Ball will include 2 x figurines, hero cards, battle cards and dice so you can battle against each other. This game is perfect for Marvel collectors and fans.

Another week another great batch of releases from @dynamitecomics. My top pick is perfect for all you Gane of Thrones fans as it is the latest part of their Clash of Kings series.
Not really a beer drinker but this seemed appropriate for comic-con weekend
Anyone else been watching the SDCC at home panels?
My Tweets