This is an actor whose earlier work I am not to familiar with but his sheer level of talent allowed him to make the jump from his native Hindi cinema to British then American screens. The world lost an incredibly talented artist with the passing of Irrfan Khan and my thoughts, prayers and well wishes are with his wife Sutapa Sikdarand their two sons, Babil and Ayan. 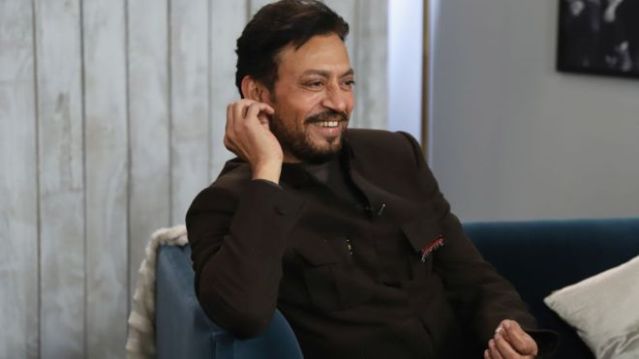 I will not speak to much about the illness that took him simply because I do not want it to be his legacy but would rather discuss his work. The more I read about him, the more I felt a little spark of inspiration return to me. Take this quote from his wife:

“He was always focused. I remember when he would come home, he would head straight for the bedroom, sit on the floor, and read books. The rest of us would be hanging around gossiping. Even now, as he reads through at least one new Hollywood script a week, he believes in doing his homework, staying up till 3 in the morning, taking notes, trying to understand ways to play his character.

This shows an amazing level of dedication to his craft, which like I said earlier is incredibly inspiring. In many ways he was proud of his heritage and worked to promote the region of Rajasthan, he even lent his voice to the light and sound show at the war memorial for the Indian army at Vidhan Sabha Road. Many actors have made it to Hollywood only to forget their roots but Irrfan Khan never did.

If you are looking for any of his films to watch then might I suggest the excellent 2001 film Warrior, which is the movie that convinced him to not quit acting, or since many of you are currently locked up and unable to get out of the house Slum Dog Millionaire and Life Of Pi are excellent choices, both deal with different types of isolation and are rather beautiful. As for his acting in Life Of Pi he tends to have the less fantastic scenes, yet even with the more quiet and basic moments he is everything from calm and collected to haunted and scarred, it is a terrific performance and one you will all see. Or better yet go and check out more of his earlier films, there is a reason why he is one of Hindi Cinemas best and they will showcase it perfectly.

The very awesome @karenfukuhara has just revealed that she provides the voice for Taco Bells new anime inspired commercials.
This just came up on my timeline.
Another week another great batch of releases from @dynamitecomics. My top pick is perfect for all you Gane of Thrones fans as it is the latest part of their Clash of Kings series.
My Tweets