Oh Boom! Studios you magnificent bastards, you truly have outdone yourselves. In the run up to SDCC this year Boom have decided to spoil their loyal fans with ten days of special announcements and honestly I do not know how they could even top this one. Boom! have recently acquired the rights to Firefly, yes one of the greatest science fiction shows of all time is now in possession of one of the most creative publishers of thE era, it truly is a match made in science fiction heaven. It looks like BOOM! Studios will release a monthly comic book series, limited series, original graphic novels and more that officially expand the rich mythology created in television, film and beyond in partnership with 20th Century Fox Consumer Products.

What will make this series so special is that it will fill in the some of the gaps and help show the origins of Mal and Zoe. The new issues will see Unificators, mercenaries deputized to hunt down war criminals, on the prowl for our favorite Browncoats. In the meanwhile Mal is going to have to come to terms with some of the things he has done in his past. Just hearing that makes me think of the great line from Gran Torino:

“The thing that haunts a man most is what he wasn’t ordered to do.”

Fans of the series got to watch Mal and Zoe in their later years when the war was over and they got to hold their heads high, because they fought the big bad governmeant, as Mal said:

May have been the losing side. Still not convinced it was the wrong one.

But we had allusions to darker days when they maybe where less than honorable, It is in these bad days, these heat of the moment instances that Mal finds the ghosts that haunt him and it seems that these ghosts have found him in this new book. 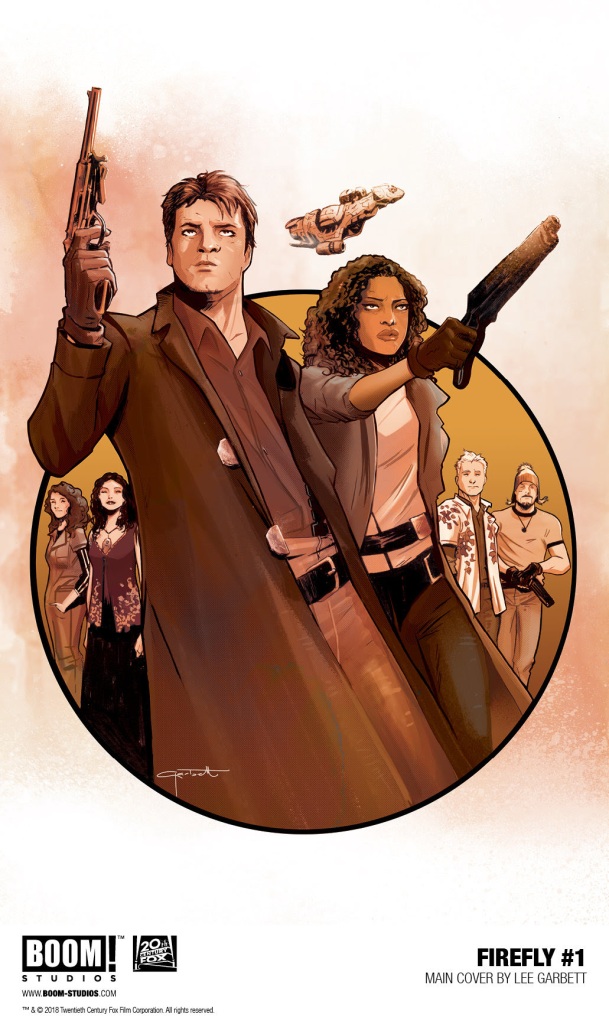 If you are not completely sold on it then I should inform you that this comes from the mind of New York Times best-selling writer Greg Pak (World War Hulk, Mech Cadet Yu), artist Dan McDaid (Judge Dredd), and story consultant Joss Whedon himself. As I have already said this is a the perfect match made in Science Fiction Heaven.

Take my love, take my land,
Take me where I cannot stand.
I don’t care, I’m still free,
You can’t take the sky from me.

Take me out to the black,
Tell them I ain’t comin back.
Burn the land and boil the sea,
You can’t take the sky from me.

There’s no place, I can be,
Since I’ve found Serenity.

And you can’t take the sky from me.