Infinity War: Who are the bad guys?

In the latest trailer for Infinity War we are treated to this shot of what I am dubbing Team Thanos, though in reality they are  a group know as the Black Order who in the MCU have been turned into the Children of Thanos. Originally when I saw this image I had assumed Loki once again switched sides though I am kind of doubting that because we can see that Proxima Midnight appears to be pointing her spear right at Loki’s head.

Proxima has exceptional fighting skills and various generic abilities such as super strength, super speed, super endurance and some invulnerability. She is able to survive planetary reentry without injury, she was also a master combatant and owns a spear created from a star trapped in a quantum singularity by Thanos himself. The spear is what truly makes her dangerous as it is very powerful.

If you look carefully you will see this chap looming in the Background, he has impenetrable skin and super strength, this is Black Dwarf.

If you where watching the trailer carefully you would see this fellow completely pwning Dr Stranger, well this ladies and gents his Ebony Maw. Ebony unlike his allies has no stand out physical abilities but instead relies on his devious intellect and his power of  superhuman persuasion. 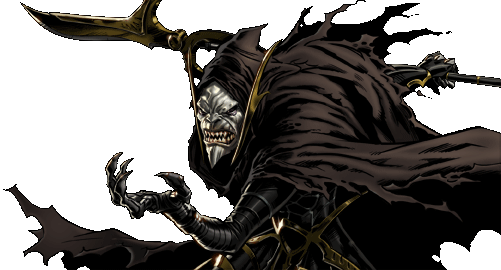 Last but not least is Corvus Glaive, brother of Black Dwarf and husband to Proxima Midnight Corvus is the leader of this group and a deadly warrior, as would be fitting for a herald of Thanos. What truly makes Corvus stand out from the pack is his Glaive, as long as it remains in one piece it keeps Corvus alive and can also cut through anything.

Now some of this is purely speculation and a lot of this could change, but I highly doubt the MCU would change this to much about this badass and scary team of villains.

After a pretty tough week I have definitely earned this one
Part two of my Christmas playlist. And I swear I missed something. There are some I intentionally left off, like Rocking around the Christmas tree, not really a fan and Belle Delphine has ruined any wholesomeness that the song once had.
My ultimate Christmas playlist part 1. We are officially into December and I now have the chance to continuing tinkering with this.
My Tweets