Vikings, who is King Svase?

Not much is known about King Svase, we know that in Heimskringla: The Chronicle of the Kings of Norway, he is mentioned as King of the Finn’s, in the Saga’s the Sami people where refereed to as Finn’s, and had a relation with King Harald, who would eventually marry his daughter. We honestly do not know much about him other than according to the Saga’s he was a proud man and that they have kept true to the Sami being nomads in the mountainous and forested interior of upper Scandinavia who herd reindeer. We can also infer that he is politically savvy and has great faith in his daughter, allowing her to have independence to choose to live her life as she wishes, not only that but he willingly allies with Lagertha, showing that he is someone that does not worry himself with gender, instead making his decisions based on more useful information. Like the rest of his people he chooses to wear pragmatic and warmer clothing, instead of the armored Viking choices, but I have no doubt that when push comes to shove this man can be just as deadly as most of the shows main cast. I guess that as the season moves on we will discover more. 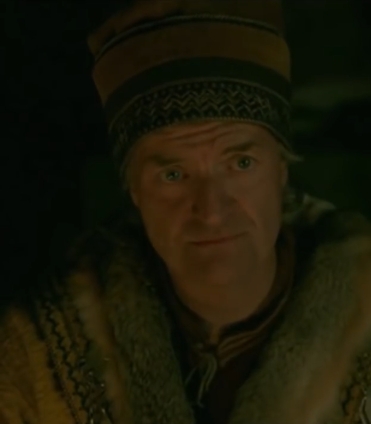