This one is my not so secret love, I grew up on this and Power Rangers is my total jam. Don’t be shocked readers as this may make me totally lame but I think that makes me cool. It’s the franchise that got me into martial arts and all things Japanese, so i can thank it for the bloody nose I got when I was forced into judo. I am not the only person on this earth who probably feels this way and I guess that’s the power of this series as years later it still has a loyal fan-base. Even recently I ended up having a discussion with a friend a few years younger than me about the Power Rangers theme music. For me the original is the best and for him it was Light Speed Rescue, obviously he was wrong because the original was just awesome. Any of our regular readers out there will know I am a huge fan of BOOM! Studios and everything they do, mostly because they keep making things that I love, so when I discovered that they where making a Power Rangers comic based on the original series, well I was in.

For those of you who have no clue what Power Rangers is which is something I’m doubting since it had over four million viewers per week watching episodes that air three times a day, seven days a week; an awareness of above 90% for men and women ages 7-54; and a new film coming in 2017, yeah everyone’s heard of Power Rangers. Though some of you may not have or may have forgotten, basically it involves an evil witch being freed from her imprisonment in space and her sending forth an army of minions to take over the world. Luckily the world was not doomed because they had a guardian in the form of Zordon who assembled a team of 5 teenagers ‘with attitude’  (if you don’t get it don’t even ask). He gave them the power to save Earth and giant robots to do it in. Along the way the series villain created her own Ranger and gave him control over a giant robot dragon, the Dragonzord. Long story short good defeats evil and the rangers join forces to fight for the earth together.

This new series is set shortly after the events of season 1 part 1, the green ranger has just joined the team but he is struggling with a lot. First off, he just went full evil and was forced to do it, not his fault, but still it’s going to mess him up. Secondly he is the new kid in town, not as big an issue as the other problem but still for a teenager this is not easy to do. Welcome to Green Ranger Year One.

If you grew up watching Mighty Morphin Power Rangers this is the book for you, it’s a modern update on the classic with lots of references to the original series. It even pokes fun at the kids always hanging at a juice bar, brings back Bulk and Skull, The Putty Patrol and so much more. It gives the series a little more depth but still has all the fun that we came to love from the original.

I’ts a fantastic creation , a fun read and I really hope you all go out and get a copy. Just to end this with style, I give you the original Power Rangers theme tune below. 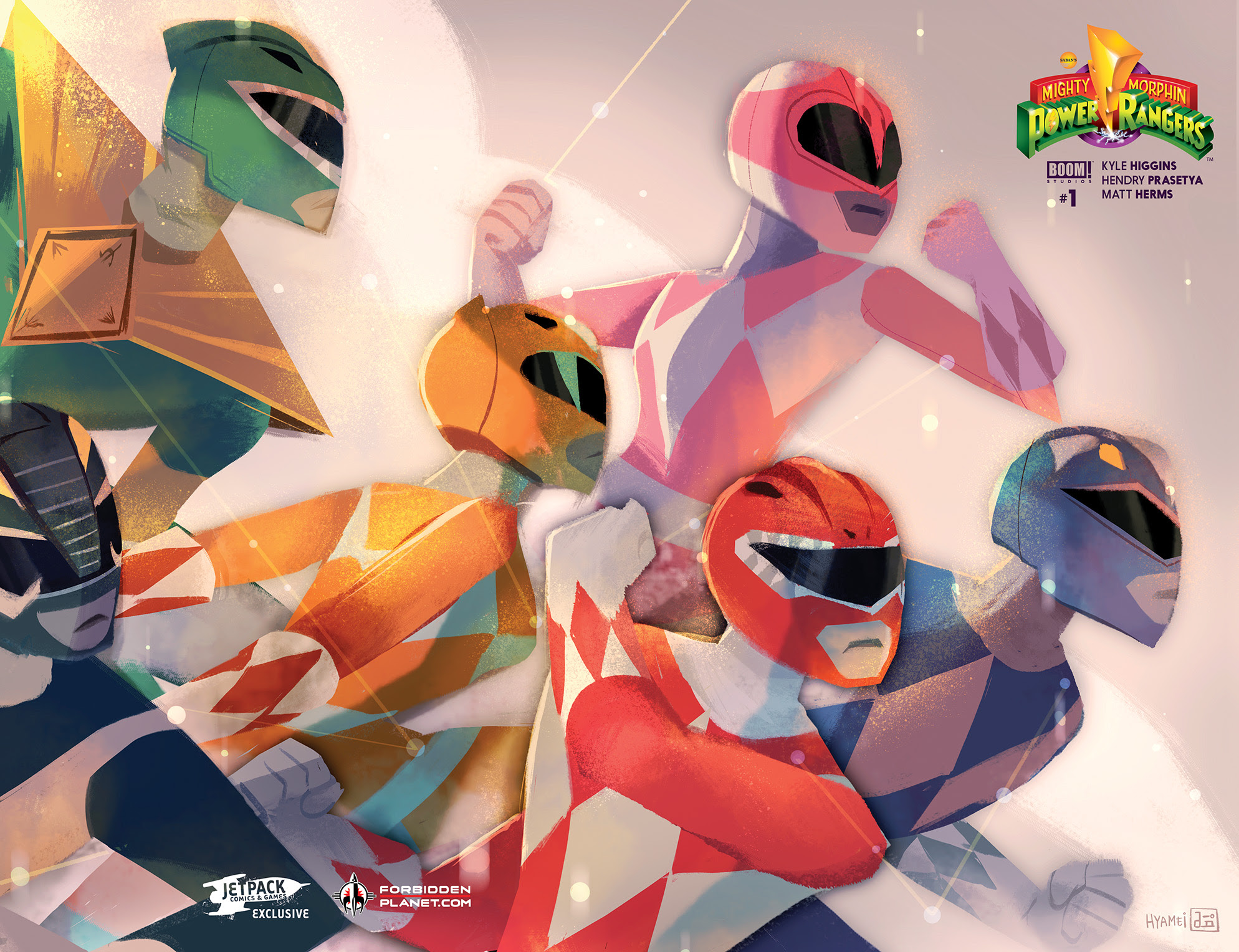 Mighty Morphin Power Rangers #1 is written by Kyle Higgins and illustrated by Hendry Prasetya, with a back-up short story by Steve Orlando and Corin Howell. Based on Saban Brands‘ long-running Power Rangers franchise, five teens from Angel Grove High are granted superpowers and giant robot dinosaur Zords to defend Earth against the alien villain Rita Repulsa. When Repulsa creates an evil Green Power Rangers by brainwashing recent transfer student Tommy, the team is able to free him from her grasp and get him on their side. But with remnants of Repulsa’s control still stirring in the back of Tommy’s mind, he must confront the fact he may be more of a danger to his new team than a help. This is “Green Ranger: Year One.”

Teaching Jenny the rules to A million dollars but... tonight
If you loved seeing Zemo dance then you should check out the video we just posted on Nerdgeist.com
Fans of @netflix should rejoice because it has been confirmed that the Witcher will be back on our screens before the end of the year.
My Tweets