After an unexpected crisis involving her adoptive sister, Kara the cousin of Superman reveals her extraordinary powers which she had been hiding since landing on Earth.  This sets off a chain of events in which Kara must learn to embrace her abilities and fight off an evil that is threatening the survival of humanity.

With so many superhero shows on television at the moment it’s no surprise that there’s been a lot of hype surrounding the premiere of Supergirl. Arrow and The Flash have both done extremely well for DC so Supergirl had a lot to live up to. Thankfully it didn’t crumble under the pressure and managed to deliver a fantastic pilot.

First of all let’s talk about the character of Kara AKA Supergirl. Usually lead characters are never my favourite. I find that the sidekicks or villains tend to get better material. However in the pilot Kara rose above the rest in terms of likeability. I really have to applaud Melissa Benoist here as well as the writers, director, etc. Kara might just be one of the most relatable characters on television if you take the whole superhero thing out of the equation. She’s goes on bad dates, is struggling with a difficult boss and is striving to do something more with her life. She’s also a little bit goofy which I love. This relatability really makes the character work and I found myself rooting for her from minute one. Melissa Benoist really does a fantastic job in the role and has definitely proved she can lead a show.

The other standout of the show is Calista Flockhart who plays Kara’s formidable boss Cat Grant. The woman is a powerhouse and knows it. Her speech about why “girl” is not a derogatory term but a celebratory one had me cheering in front of my screen. I know Supergirl is meant to be the good role model for women but Cat is just as noteworthy in this regard. Adding to that she’s a strong source of comedy for the show. Her various snappy one liners had me in stitches. Hopefully we’ll see more of that in future episodes.

Other characters include Kara’s adoptive sister Alex Danvers (played by Chyler Leigh), head of the DEO Hank Henshaw (played by David Harewood who let’s face it is great in everything he does), tech expert Winn (played by Jeremy Jordan) and photographer James Olsen (played by Mehcad Brooks). The pilot gives a solid introduction to the characters and all of the actors do a good job in the roles. Brooks is particularly charming and the chemistry between him and Benoist is undeniable even if I am rooting for a Kara/Winn pairing.

Story wise the pilot was interesting. There was the initial setup of her using her powers and being discovered then the dangerous fallout from that. The brilliant Owain Yeoman was brought in as villain Vartox who tries to kill Kara as revenge for being incarcerated by her mother. My only complaint about this is that he was killed off far too early. I think he would’ve made a very good long term foe. However there was a twist at the end where we see the real enemy Astra, Kara’s aunt, plotting against her which will be interesting to see play out. 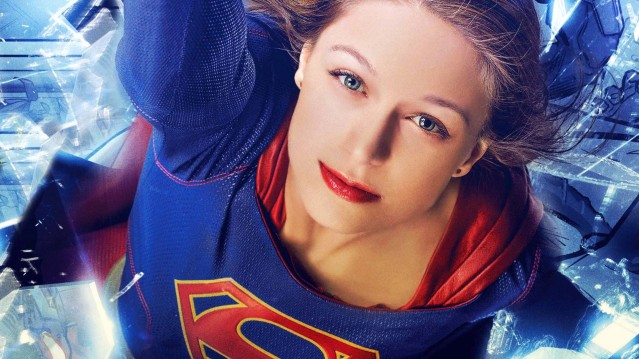 All in all Supergirl served up a very good pilot. They’ve created solid foundations for their characters and established an interesting long running arc. The show can be quite cheesy at times but only because it’s striving to be uplifting which it really succeeds at. A lot of people are talking about how empowering Supergirl will be for women but I think it could actually reach across genders and inspire both men and women. A brilliant debut from Supergirl! Up, up and away!